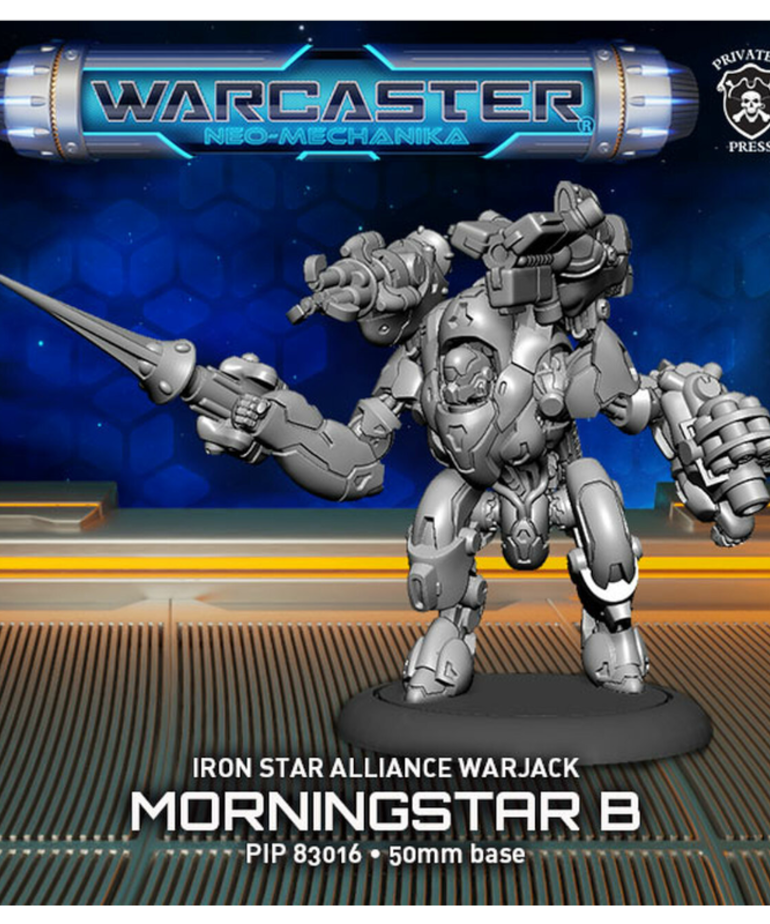 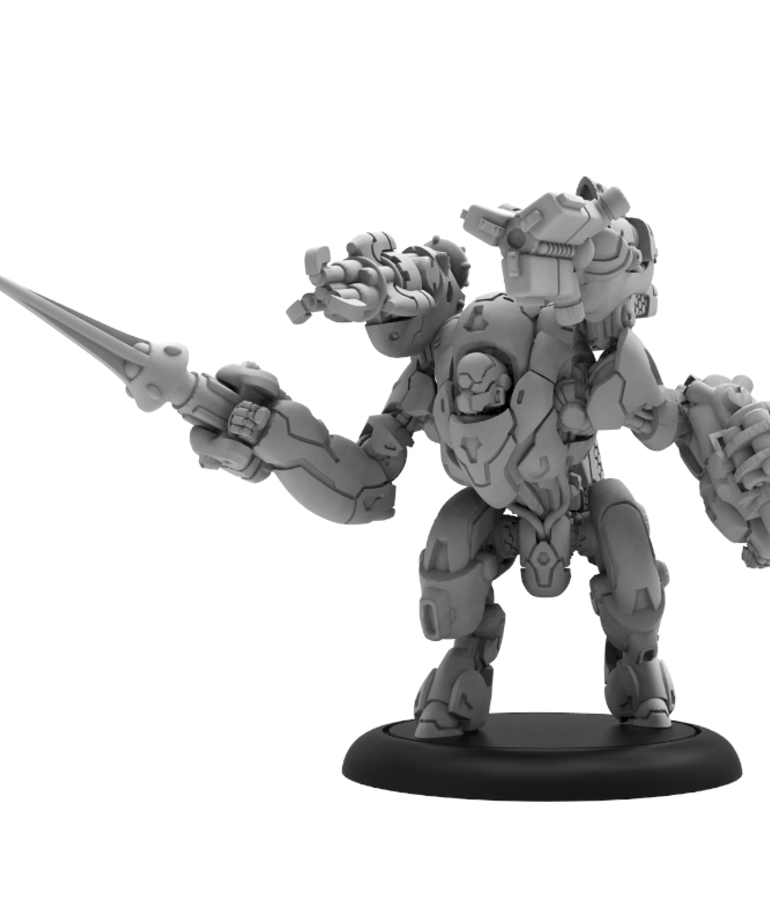 0 reviews
Add your review
Morningstar B is a part of the Iron Star Alliance faction for the miniatures game Warcaster: Neo Mechanika by Privateer Press with the item number PIP83016.
2 In Stock
Add to wishlist / Add to compare / Print

If the Firebrand is the premier support warjack of the Paladin forces, the imposing Morningstar provides the heavy firepower. Designed primarily as a modular weapon platform, the Morningstar’s reinforced chassis enables it to carry larger and more sophisticated armament than the lighter warjack. Its integral range amplifier even extends the range of its guns while it is charged, giving it a definite edge in any firefight. A cantankerous machine in any configuration, the Morningstar is at its most lethal when its ranged firepower is maximized.

- Different cortex and weapon selections add modular utility to this warjack. The warjack has two arm and two shoulder hardpoints for weapons.
- While the warjack is charged, its Ranged Amplifier adds +1 RNG to its ranged weapons for each Arc on the warjack.
- When the warjack is targeted by an attack, its Impulse Reciprocator enables it to spike to return fire on the attack model. Remember, the best defense is an overwhelming offense. 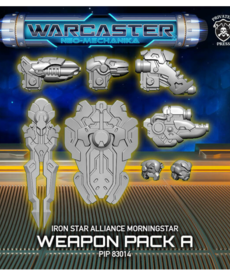