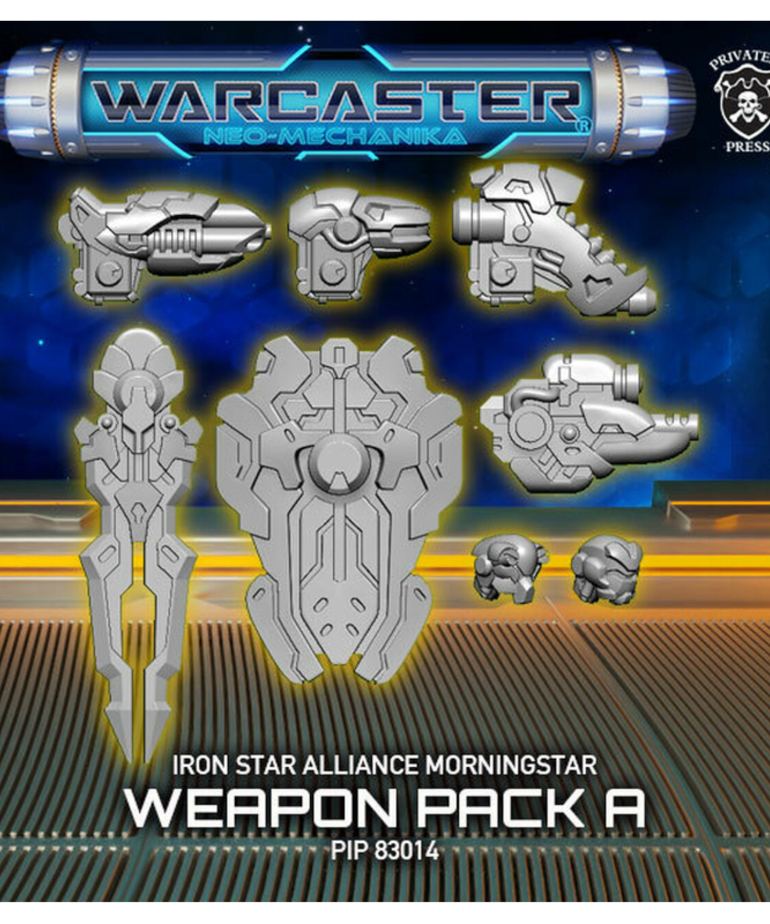 ISA deals with a vast number of arms firms and defense contractors, large and small, throughout its extensive bureaucratic networks, territories, and worlds. Among these, one has risen to the top. Templar Arms is the Alliance’s leading manufacturer of warjack chassis, cortexes, and advanced weaponry. In addition to designing both the Firebrand and Morningstar warjacks, their other triumphs include the kinetic force-multiplying Force Hammer, a light and compact workhorse of a Grenade Launcher, the Sun Piercer focused-beam weapon, the defensive Maelstrom battery, and the fearsome Immolator cannon. Their most recent innovation is the Gate Crasher, a system for deploying void gates directly to the battlefield from a Morningstar warjack. The company also holds patents on the relentless Dauntless cortex and the Arc-efficient Exchanger cortex for the Firebrand platform.

- Increase your warjack load out customization options with this weapon pack, featuring one copy of each weapon included in the full Morningstar B kit. 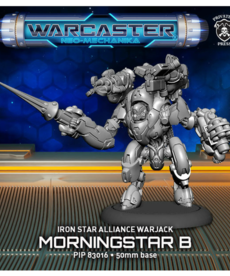