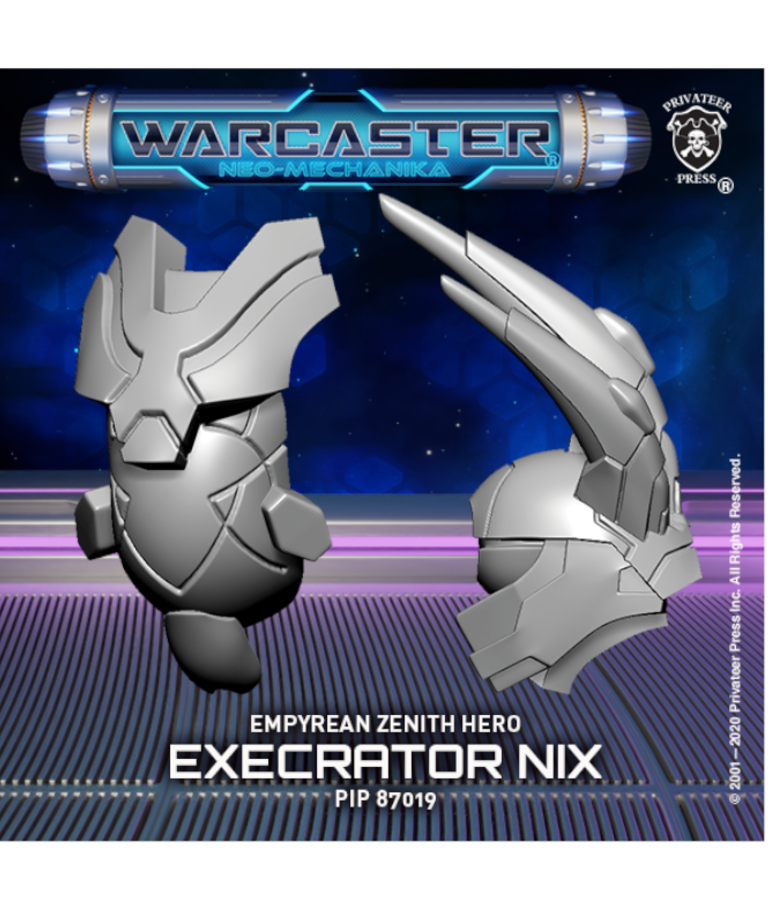 0 reviews
Add your review
- Execrator Nix is a Hero pilot that can be added to a Zenith vehicle to turn it into a Hero vehicle.
3 In Stock
Add to wishlist / Add to compare / Print

There are few throughout the Hyperuranion and none outside the ranks of the Empyrean Aeons who know the true story of nameless criminal known as Execrator Nix. It is said amongst this small cabal that for their crimes against the Architects, the entity Nix would become a nameless, faceless servant to Cyriss for all of time. Should Nix fall in battle, only then would Nix's crimes be forgiven. Still, Nix is an Aeon and was a long-serving soldier in the old wars of unification and is therefore not without skills and resources. Though branded a criminal and anathema to its own kind, Nix has been singularly armed and equipped to take full advantage of its capabilities. In addition to the formidable Shadow Matrix soul-seeking Void Cannon, Nix has also been pragmatically equipped with a gate launcher, allowing it to place void gates on the battlefield.

Execrator Nix is a Hero pilot that can be added to a Zenith vehicle to turn it into a Hero vehicle. Nix also comes with an additional weapon offering, giving it four weapons to choose from instead of the Zenith's three. Can make one Maneuver each activation chosen from a Maneuver card tailored for Execrator Nix. When targeted with a Cypher, whether friendly or enemy, a player can charge it with up to 1 Arc if it is not already charged. Can spike to move up to 3". While charged, this model gains 2 power dice on its Ion Blaster ranged attacks. Can spike to place a void gate.

A copy of the Zenith Vehicle is necessary to use this product. 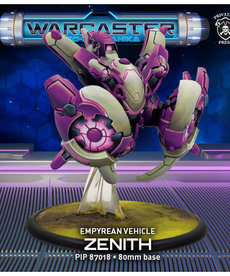