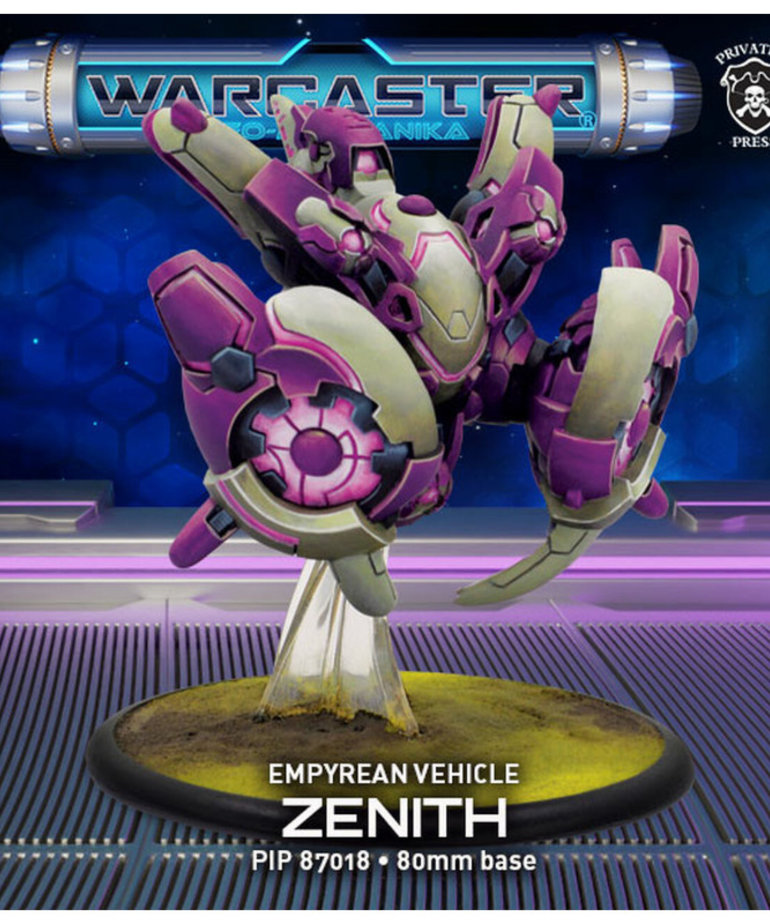 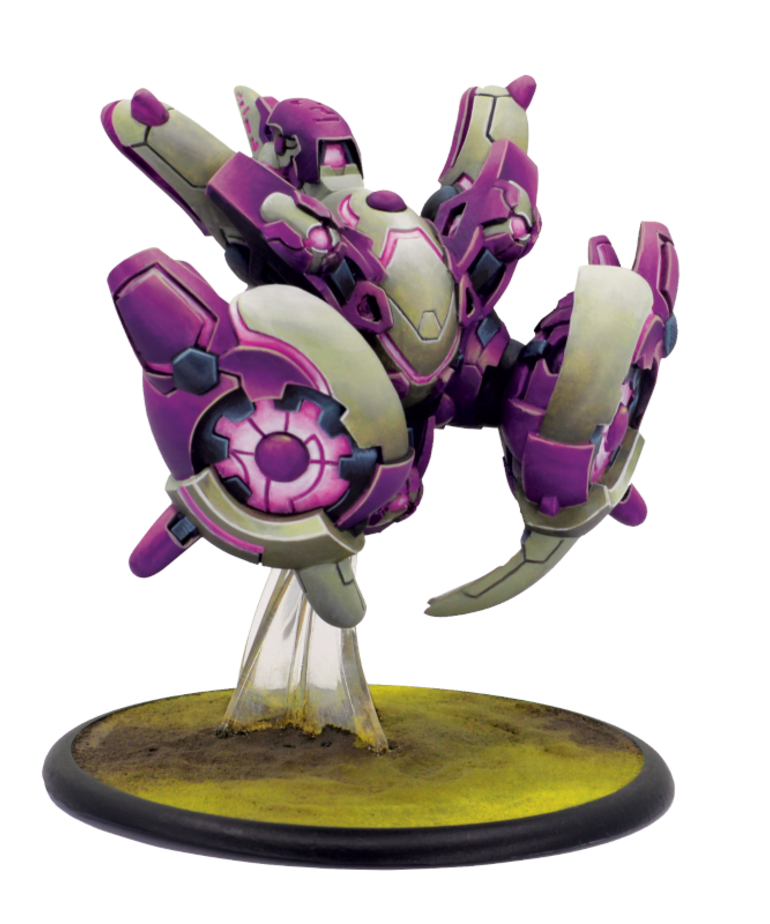 As the Empyreans make their presence felt throughout the galaxy, their legions are accompanied by heavily armed autonomous attack vehicles. The Zenith is inarguably among the most advanced combat craft to stalk the war zones of the Hyperuranion in the past millennia. Operating in perfect coordination with Empyrean ground forces, Zeniths typically move quickly to eliminate incoming threats as Saber legions take up positions across the battlefield. The Zeniths are armed with integral ion blasters that draw on internal reserves of power while the robotic vehicle is charged with Arc. The Zeniths are also equipped with a single modular hardpoint, giving them access to weaponry frequently integrated into Empyrean warjacks, such as Force Shield Generators, Heavy Antiminators, and Nova Cannons.

- Can be armed with one of three weapon options.
- Can make one Maneuver each activation chosen from a Maneuver card tailored for the Zenith.
- Can fly.
- When targeted with a Cypher, whether friendly or enemy, you can charge it with up to 1 Arc if it is not already charged.
- Can spike to move up to 3˝.
- While charged, this model gains 2 power dice on its Ion Blaster ranged attacks.