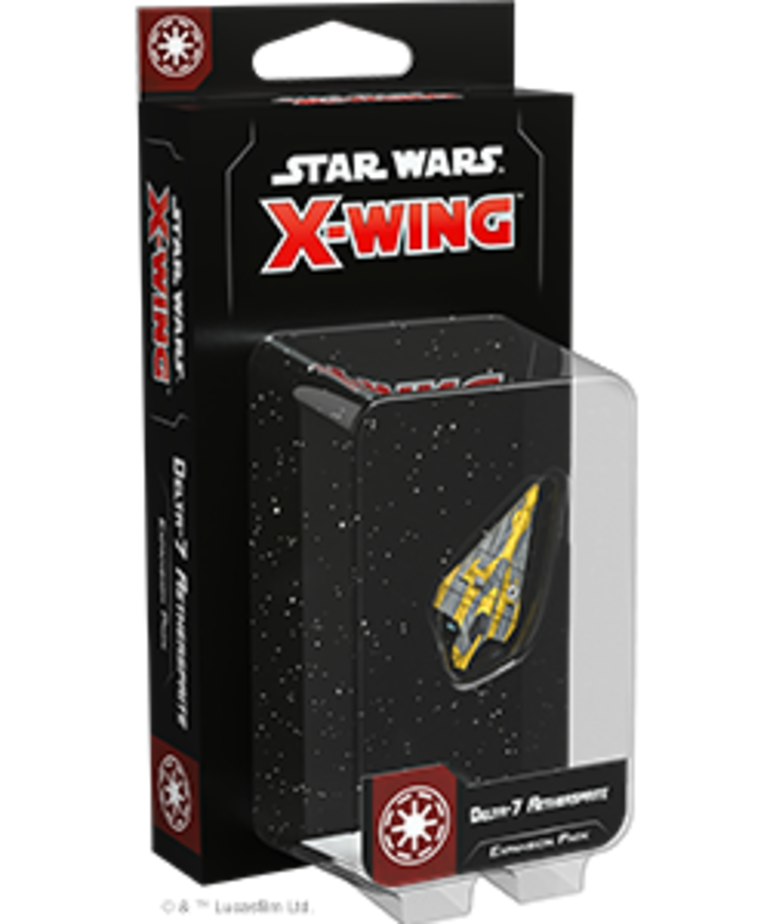 The Delta-7 Aethersprite is an elegant craft designed to help Jedi Knights cross the gulfs between the stars in their quest to uphold justice. Equipped with an astromech for navigation, it is lightly armed but highly maneuverable, its fine-tuned controls allowing a Force-sensitive pilot to fly it with unmatched precision.

With five ship cardsâ€”including four unique pilotsâ€”the Delta-7 Aethersprite Expansion Pack adds even more Jedi for you to include in your Galactic Republic squadrons, including the legendary Anakin Skywalker. Featuring an alternate paint scheme to the ship included in the Guardians of the Republic Squadron Pack, this expansion also features six upgrade cards designed to get even more out of your ship and its Jedi pilots.