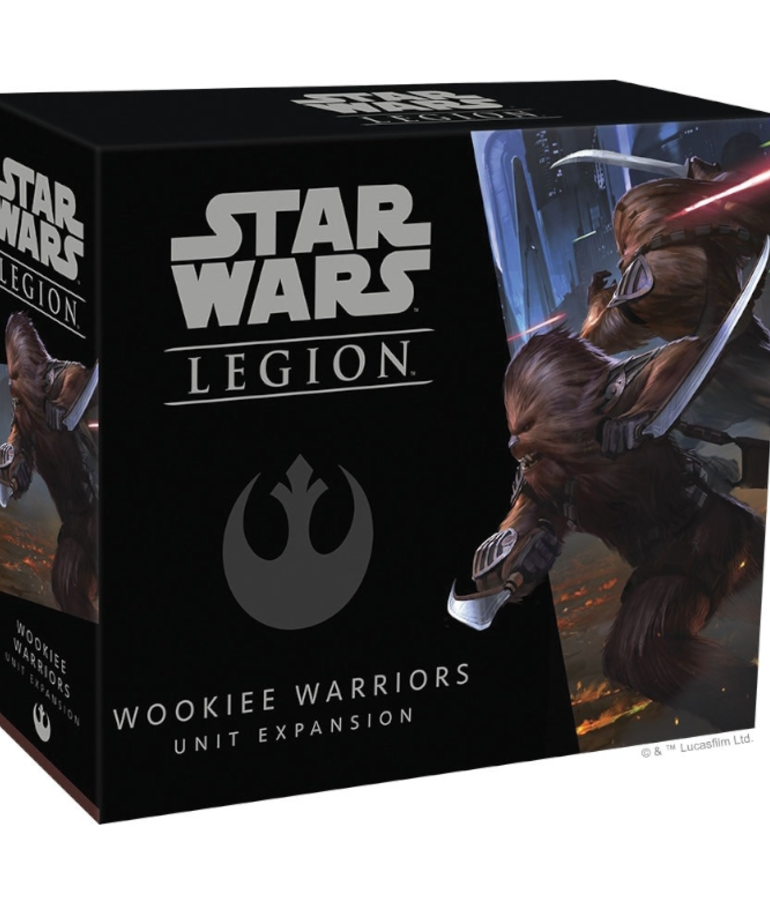 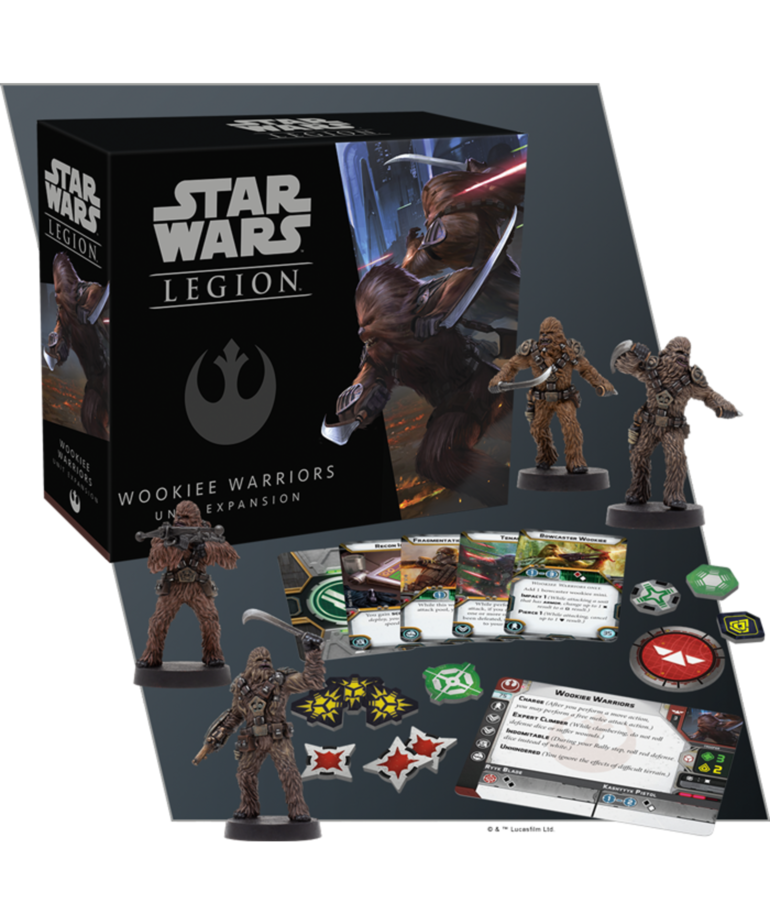 0 reviews
Add your review
- Unleash the fury of Kashyyyk with the four unique, highly detailed Wookiee Warrior miniatures included in this expansion pack.
1 In Stock
Add to wishlist / Add to compare / Print

Despite their imposing size, Wookiees are normally peaceful and proud. After years of suffering under Imperial rule, however, many Wookiees have taken to the battlefields of the Galactic Civil War as members of the Rebel Alliance. Although they are a rare sight on the battlefield, Wookiees can quickly enter a berserker rage that any surviving enemies will not soon forget.

Within the Wookiee Warriors Unit Expansion, Rebel generals will find everything they need to add a group of Wookiees to their army as a special forces unit. Four unpainted, easily assembled miniatures show the Wookiees charging into the fray brandishing their Ryyk Blades while five unique upgrade cards can prepare them for whatever they may face on the battlefield.

Unleash the fury of Kashyyyk with the four unique, highly detailed Wookiee Warrior miniatures included in this expansion pack. Three of these towering miniatures rely on their Rykk blades and Kashyyyk pistols in a fight, while the fourth Wookiee wields a bowcaster.