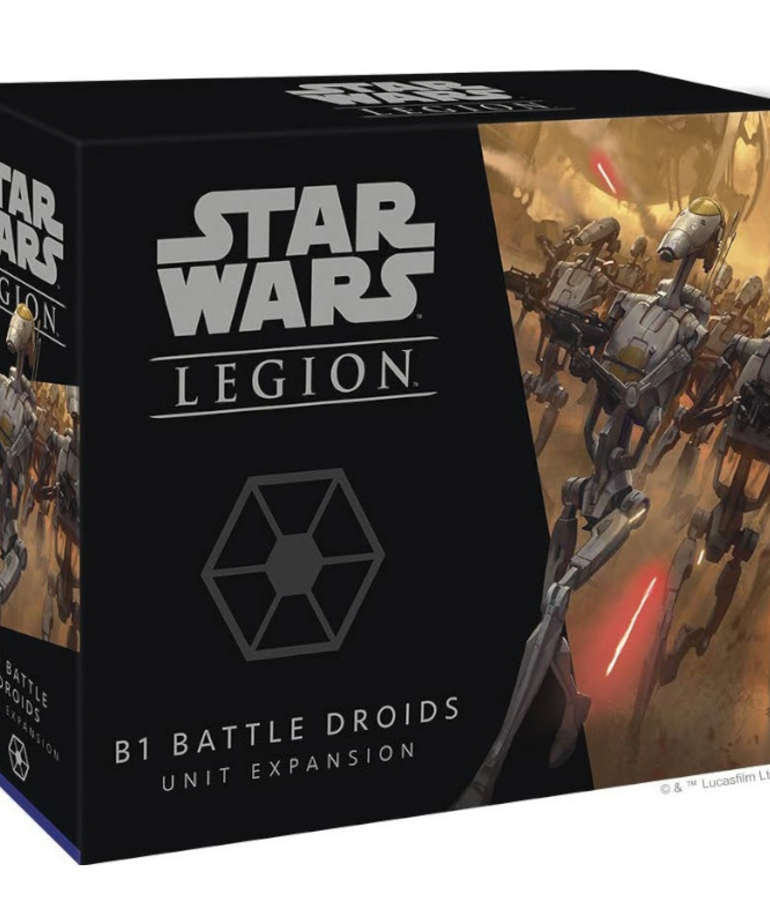 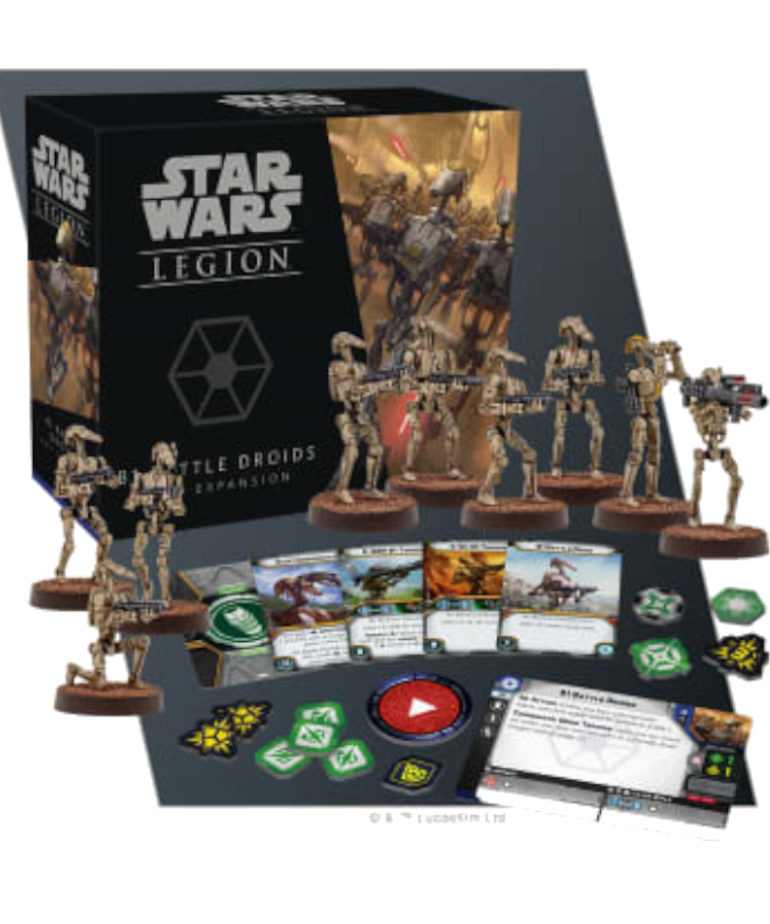 0 reviews
Add your review
- Create a massive droid army with the nine highly-detailed B1 Battle Droid miniatures found in this expansion!
3 In Stock
Add to wishlist / Add to compare / Print

The Republic’s Clone Troopers may be bred for battle, but even the finest soldiers eventually break under the crushing weight of legions of B1 Battle Droids. Despite possessing little cunning or tactical intelligence, these droids march heedlessly forward to crush any resistance through raw attrition alone. Mindlessly loyal and eminently expendable, the Separatist Alliance has few qualms about sacrificing endless waves of B1 Battle Droids to subdue a planet.

The B1 Battle Droids Unit Expansion gives you the chance to supplement your Separatist Alliance forces with even more battle droids. Nine unpainted and finely-sculpted B1 Battle Droid miniatures identical to those found in the Star Wars: Legion Clone Wars Core Set stand ready to form the backbone of your army, including two miniatures carrying heavy weapons. Joining these miniatures are a unit card and a variety of upgrade cards inviting you to make your own personal refinements to your battle droids.

Create a massive droid army with the nine highly-detailed B1 Battle Droid miniatures found in this expansion! Seven Battle Droids can lay down heavy fire with their E-5 Blaster Rifles, while a B1 Trooper with an E-60R poses a threat to enemy vehicles. Finally, an E-5C B1 Trooper adds even more firepower to your battle droids in their quest to bring down the Republic.