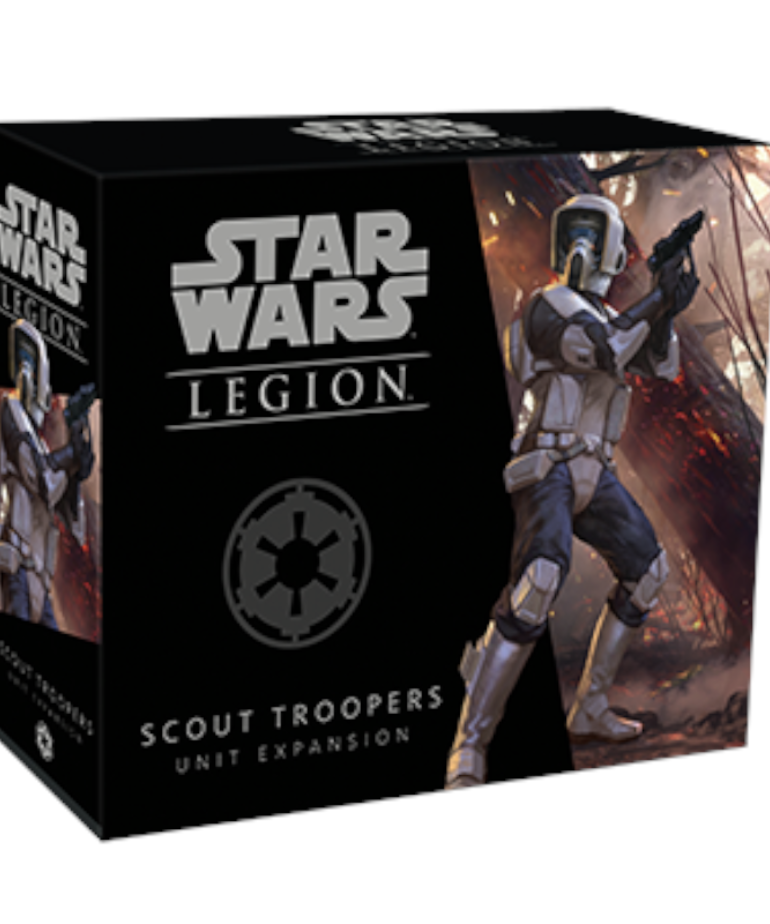 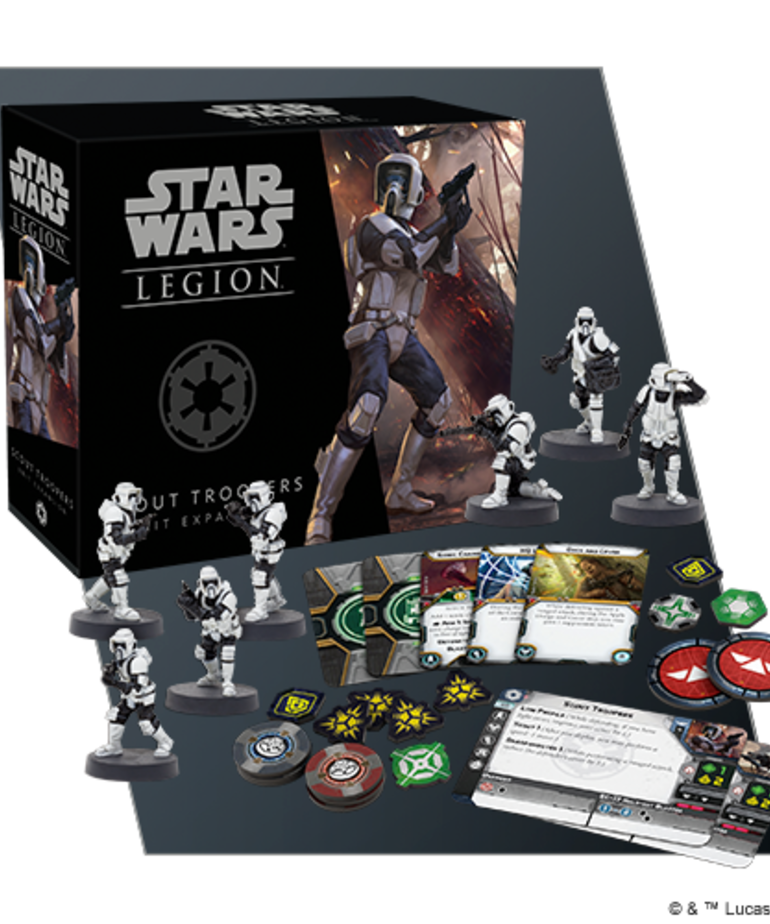 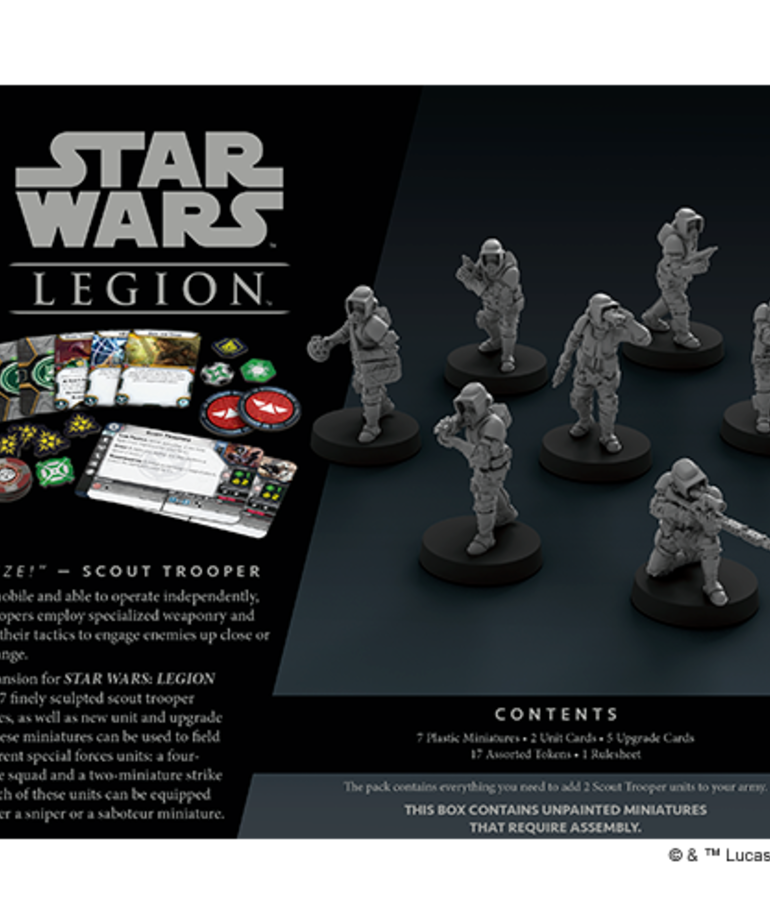 Stormtroopers may form the bulk of the Galactic Empire’s infantry forces, but sometimes more elite troopers are needed to secure key positions and pave the way for other Imperial forces. Scout Troopers meet this need. These soldiers are capable of both working in large groups and smaller teams, their specialized training making them particularly dangerous.

Within the Scout Troopers Unit Expansion, you’ll find a squad of seven unpainted, easily assembled Scout Trooper miniatures that can be used to field two different special forces units: a standard squad or a two-miniature strike team. Additionally, the five upgrade cards included with this expansion can be added to the Scout Troopers or another unit, giving you more options for outfitting your Star Wars: Legion armies.

Infiltrate the enemy position with seven unique, highly detailed Scout Trooper miniatures included in this expansion pack! Four of the Scout Troopers creep forward with their EC-17 hold-out blasters at the ready, while the unit leader surveys the enemy position with his macrobinoculars. You can supplement your squad with two heavy weapons specialists, sabotaging enemy strongpoints with sonic charges or picking off enemy miniatures with a DLT-19x targeting blaster.