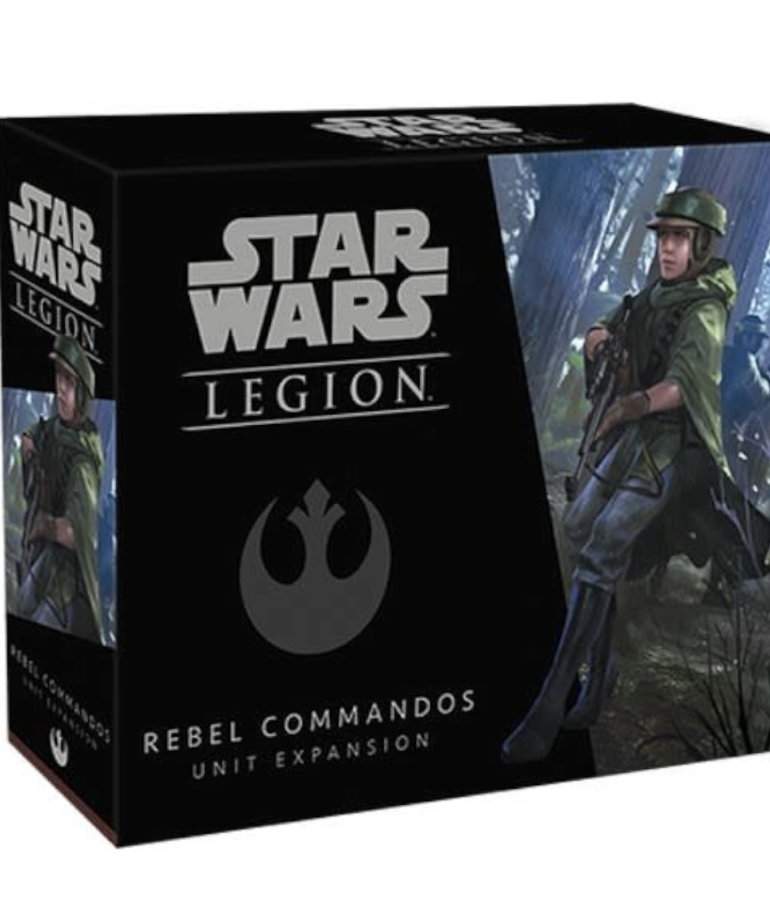 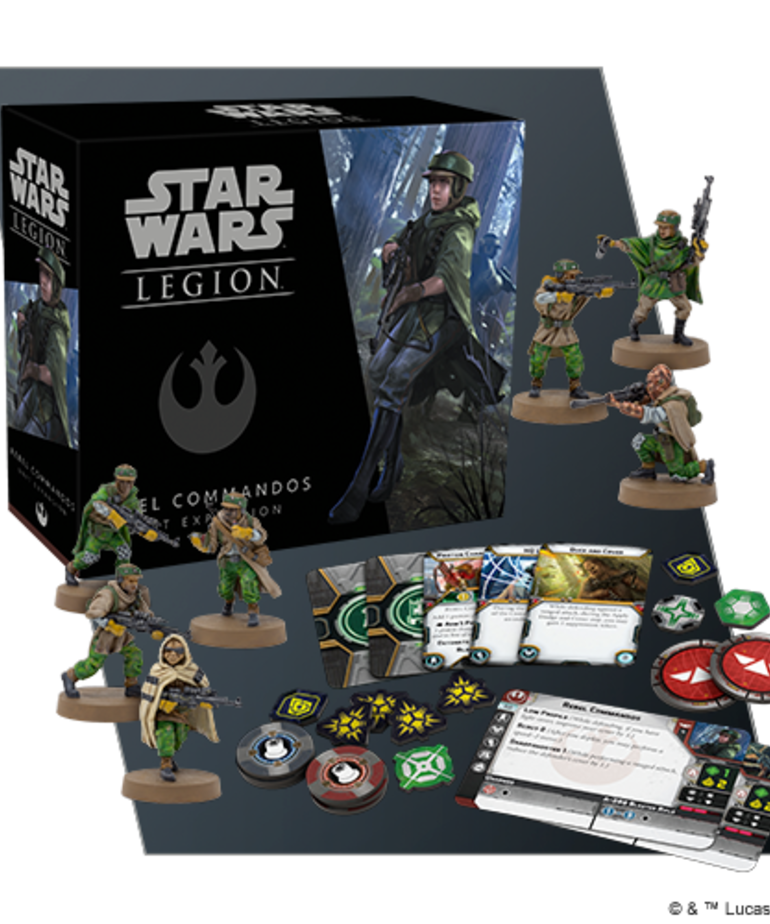 0 reviews
Add your review
- Infiltrate an Imperial base with the seven unique, highly detailed miniatures included in this expansion pack!
3 In Stock
Add to wishlist / Add to compare / Print

The Rebel Alliance can recruit new members from across the galaxy, finding pilots, soldiers, and medics among those who hate the Empire. Plenty of beings can take up a blaster rifle to fight Stormtroopers, but there are a few who are willing to push the boundaries and do whatever it takes to keep the Rebellion alive. Saboteurs. Snipers. The Rebel Alliance’s most dangerous operatives—now entering the infantry battles played out in your games of Star Wars: Legion.

Within the Rebel Commandos Unit Expansion, you’ll find a squad of seven unpainted, easily assembled Rebel Commando miniatures. You may field this unit as a full, standard unit on your battlefield or a small team operating on the edges of the map or behind enemy lines, but no matter how you position the Rebel Commandos, their unorthodox tactics and powerful weapons can sway the battle in the Rebellion’s favor. With five distinct upgrade cards that can be added to the Rebel Commandos or another unit, you’ll find everything you need to put fear in Imperial hearts with this expansion for Star Wars: Legion.

Contents:
- Infiltrate an Imperial base with the seven unique, highly detailed miniatures included in this expansion pack! Five of the Rebel Commandos are armed with their A-280 blaster rifles, while a saboteur armed with proton charges and a commando with a DH-447 sniper rifle round out the squad.