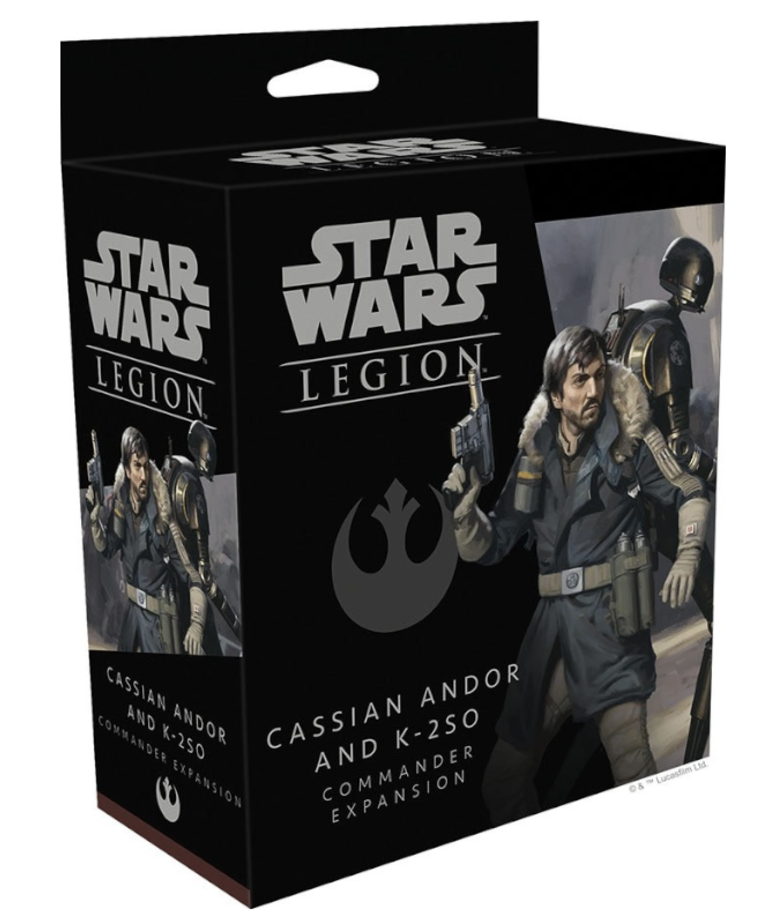 Add some of the Rebel Alliance’s most capable intelligence agents to your Star Wars: Legion armies with the Cassian Andor and K-2SO Commander Expansion! Equally adept at leading troops into battle as they are at infiltration missions, Andor and the reprogrammed KX-series security droid K-2SO are a versatile duo who can fill multiple roles in your Rebel armies.

Within this expansion, you’ll find beautifully detailed, unpainted hard plastic Cassian Andor and K-2SO miniatures that feature a wealth of customization options. Cassian Andor can be assembled with three different weapon options while K-2SO can appear carrying multiple weapons or with his hands free. This expansion also contains four new command cards—three for Cassian Andor and one for K-2SO—that give them even more flexibility in combat.