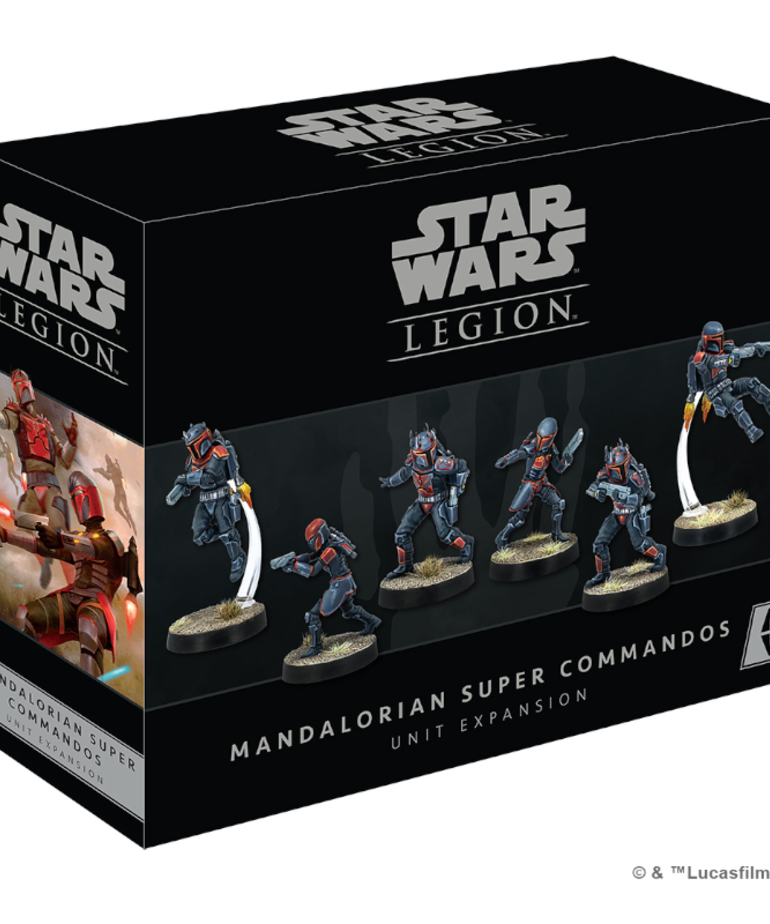 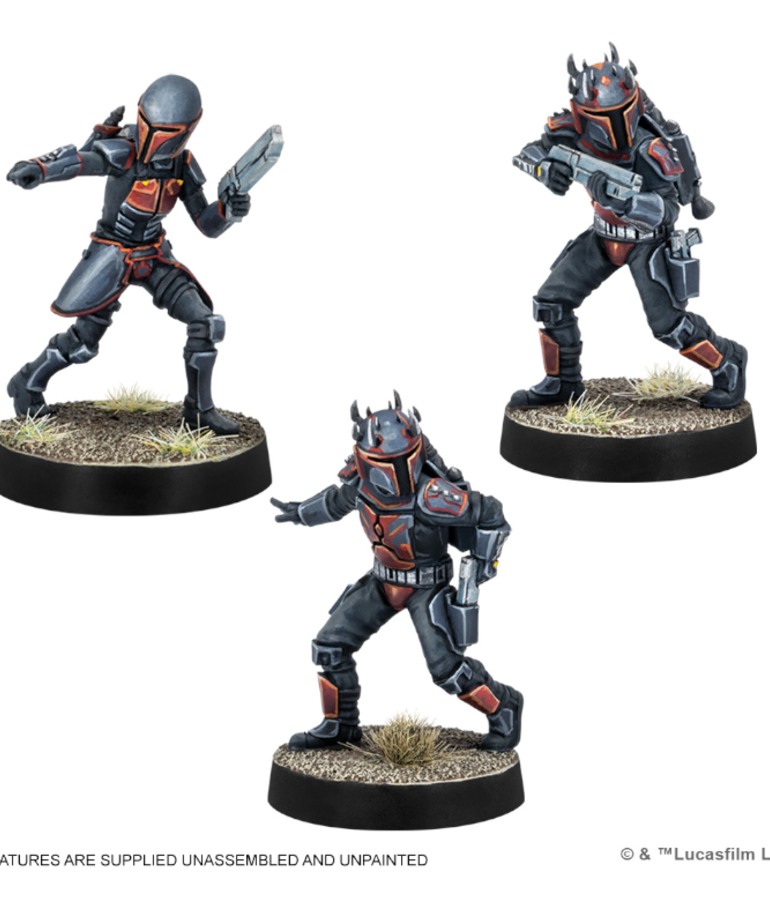 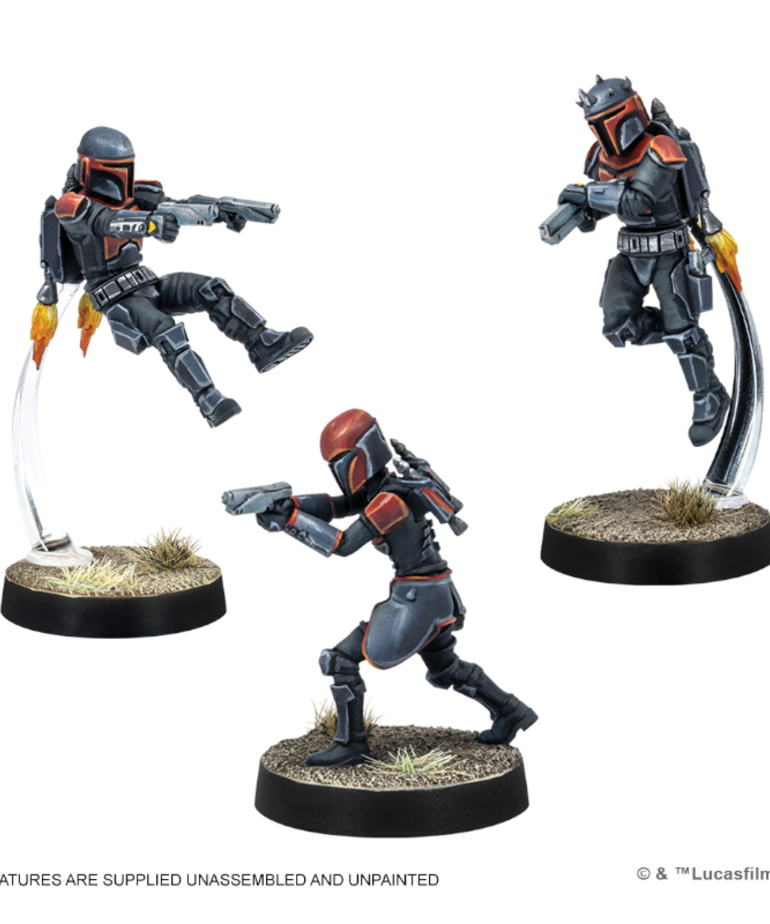 0 reviews
Add your review
- Mandalorian Super Commandos bend the galaxy to Maul’s will in this expansion for Star Wars: Legion!
3 In Stock
Add to wishlist / Add to compare / Print

Mandalorian Super Commandos bend the galaxy to Maul’s will in this expansion for Star Wars: Legion! Previously members of the notorious Death Watch, these elite Mandalorian warriors now follow Maul because he wields the Darksaber. With them, players have a powerful new special forces option for their Shadow Collective forces. In addition to six Mandalorian Super Commando miniatures and a unit card, players will also find three command cards specifically designed for use with mercenary units in this expansion as well as eight upgrade cards that invite them to customize their units with heavy weapons, new gear, and more!