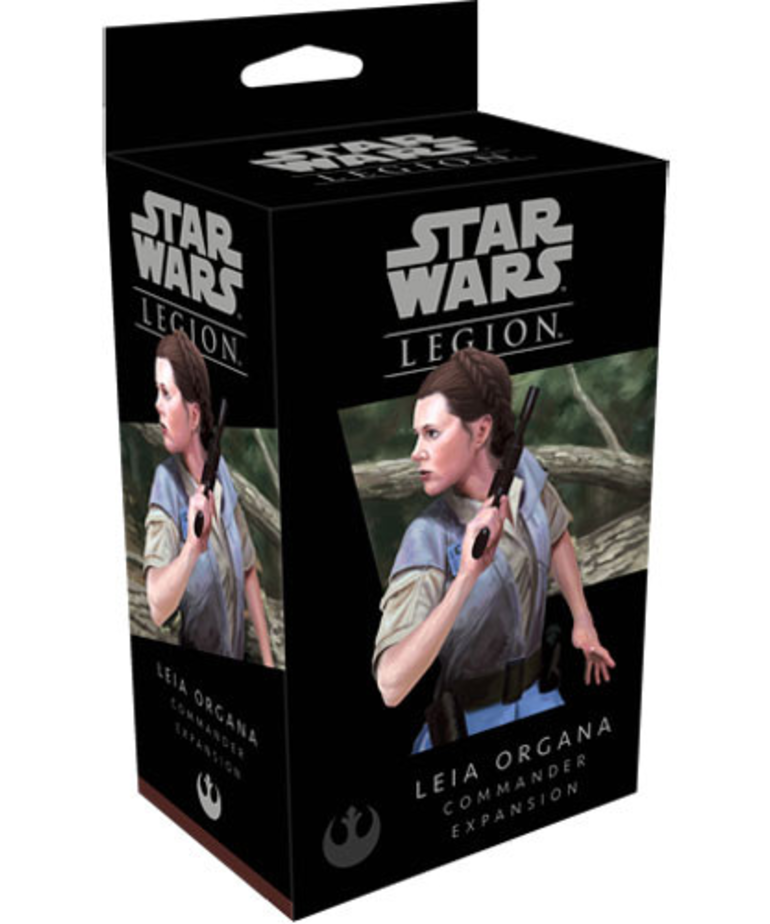 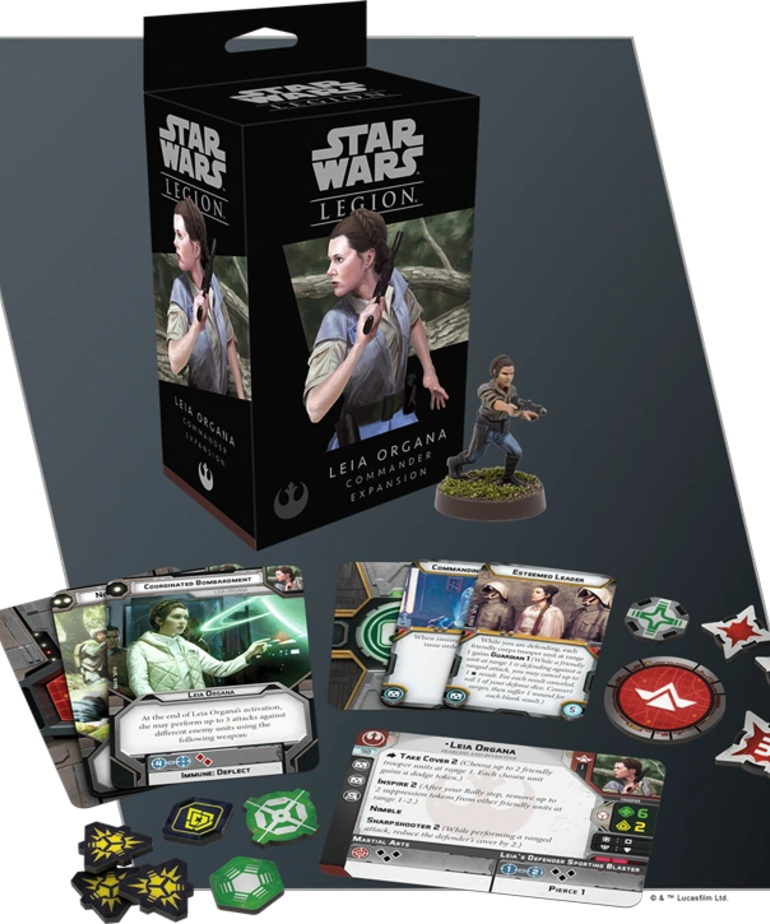 0 reviews
Add your review
- Inspire your troopers to fight for freedom with the single Leia Organa miniature featured in this expansion pack, depicted rushing forward with her Defender sporting blaster drawn.
2 In Stock
Add to wishlist / Add to compare / Print

From Alderaanian diplomat to leader of the Rebel Alliance, Leia Organa’s legacy has been one of inspiration, heroism, self-sacrifice, and leadership. Along with Han Solo and Luke Skywalker, her actions directly led to the ultimate downfall of the Galactic Empire—so it’s only fitting that she takes her place in Star Wars: Legion as the Rebellion’s second commander, battling alongside Luke Skywalker.

Inside the Leia Organa Commander Expansion, you’ll find everything that you need to add Leia Organa to your army as a commander. A single unpainted, easily assembled miniature beautifully represents Leia Organa on the battlefield, while new upgrade cards allow you to customize how she is represented in the game. Finally, a hand of three new command cards lets you add a unique touch to your overarching strategies, bringing some of Leia Organa’s own unique tactics to your games. Releasing alongside the Fleet Troopers Unit Expansion, these two expansions promise new tactics for the Rebellion to employ in their struggles for freedom.