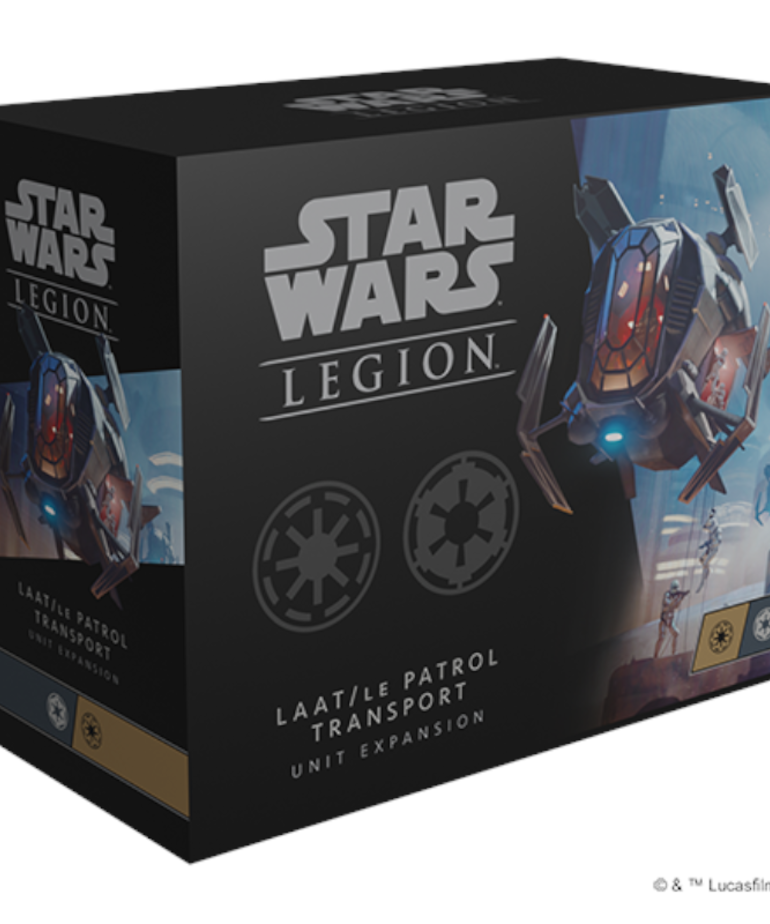 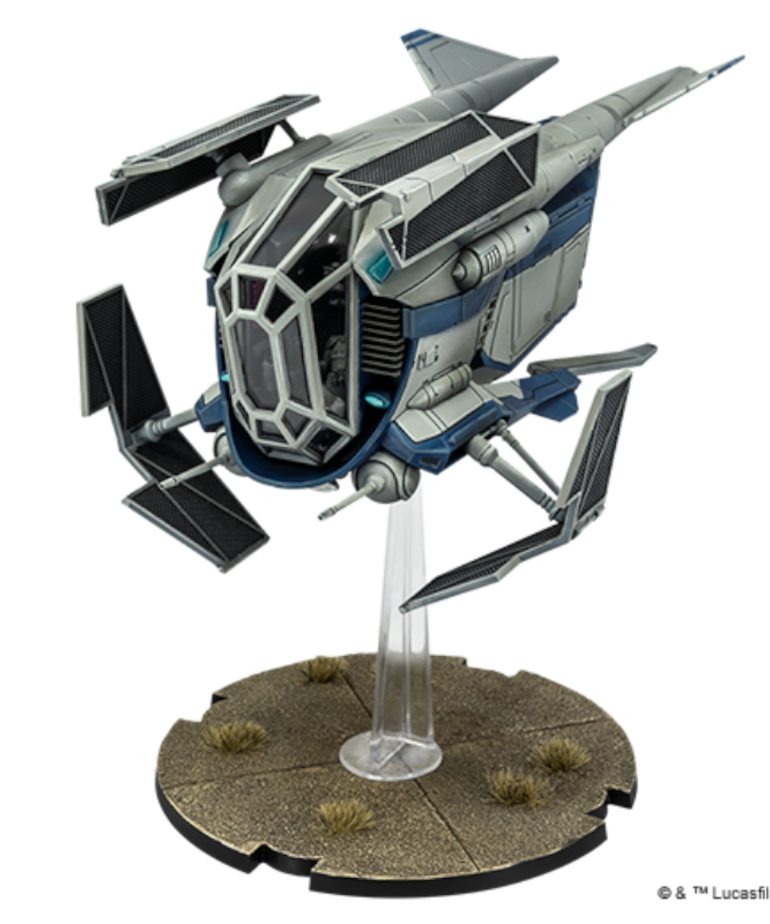 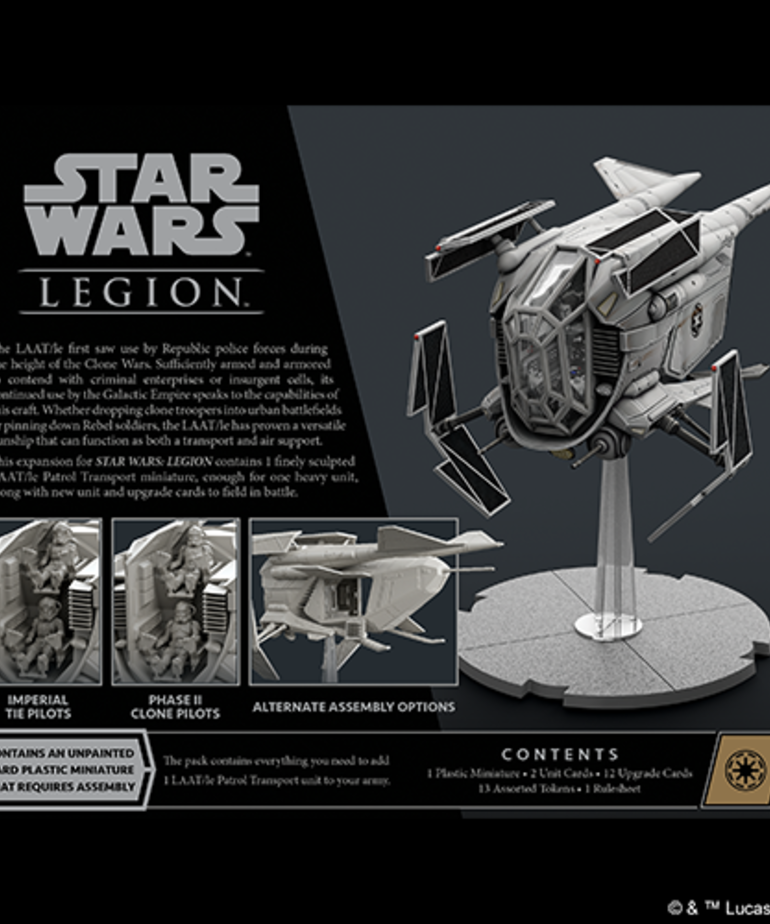 Scour the battlefield with the LAAT/Ie Patrol Transport Unit Expansion for Star Wars: Legion! First seeing use by Republic police forces during the height of the Clone Wars, this transport is sufficiently armed and armored to contend with criminal enterprises or insurgent cells. Whether dropping clone troopers into urban battlefields or pinning down Rebel soldiers, both the Republic and Empire can use the LAAT/Ie for both transport and air support.

Within this expansion, players will find everything needed to add a LAAT/Ie Patrol Transport to their Republic or Imperial armies. The beautifully detailed, unpainted hard plastic miniature can be assembled with either Phase II clone pilots or Imperial TIE pilots, and unit cards for both factions help players fully integrate them into their forces. In addition to these cards, 12 upgrade cards invite players to customize their LAAT/Ie with unique pilots from both factions as well as ordinance and comms systems. 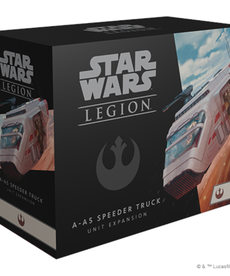 Add to cart
Add to wishlist
Add to compare
Quick view
-20%
A-A5 Speeder Truck
- Deploy your troops into the heart of battle with the A-A5 Speeder Truck Unit Expansion for Star Wars: legion!
$57.59
$71.99
Please accept cookies to help us improve this website Is this OK? Yes No More on cookies »