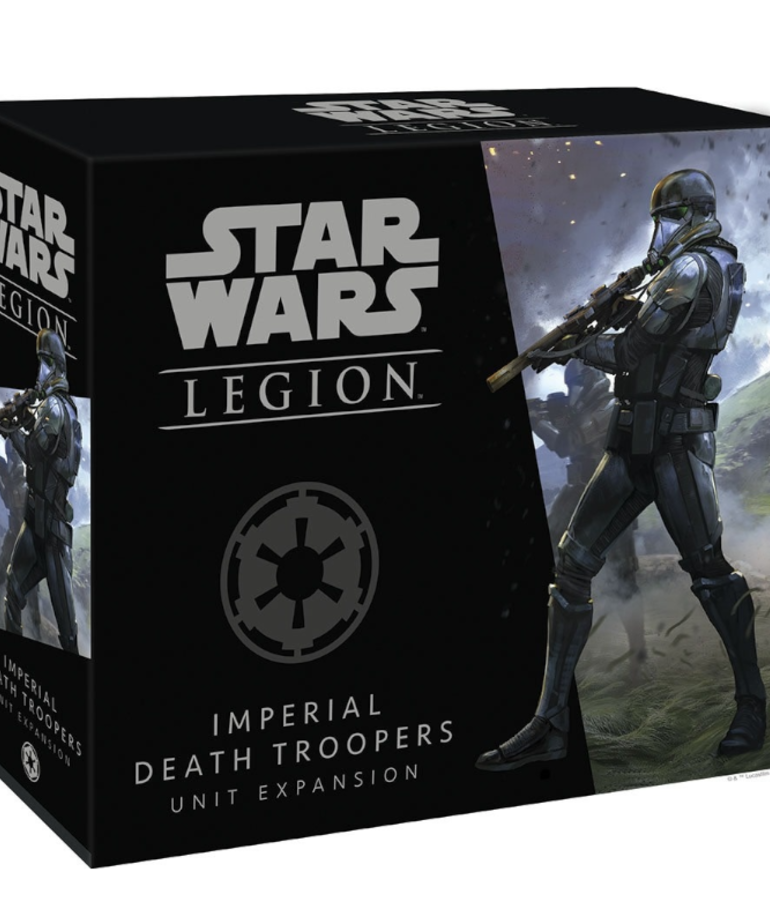 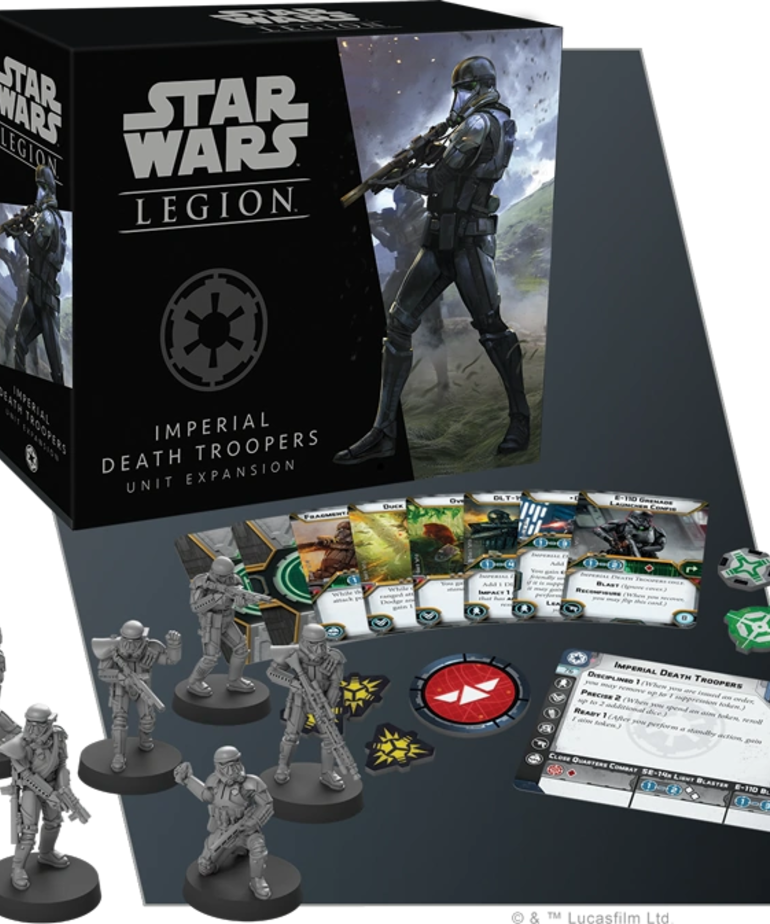 0 reviews
Add your review
- Intimidate any Rebels with the sight of six unique, highly detailed Imperial Death Troopers includeed in this expansion.
3 In Stock
Add to wishlist / Add to compare / Print

Tactically advancing across the battlefields like inhuman revenants, Imperial death troopers are a terrifying sight. Adorned in jet black armor and carrying an arsenal of weapons and equipment, these troopers are the elite soldiers of the Tarkin Initiative. Candidates are hand-selected from the Stormtroopers Corps by Imperial Intelligence itself. Trained to be efficient and merciless, they are also rumored to undergo classified medical augmentations.

Within the Imperial Death Troopers Unit Expansion, you’ll find everything you need to add a squad of ruthless death troopers to your Imperial army. Six finely sculpted death trooper miniatures are accompanied by a unit card, an assortment of tokens, and an array of upgrade cards that give your death troopers access to even more advanced weaponry.

Intimidate any Rebels with the sight of six unique, highly detailed Imperial Death Troopers includeed in this expansion. Four of the Death Troopers come equipped with their SE-14r light blasters and E-11D blaster rifles, while a fifth brings the heavy firepower of a DLT-19D heavy blaster rifle. Finally, you can choose to include trooper DT-F16, allowing her to take control of her Death Trooper squad and lead them to glory on the battlefield!