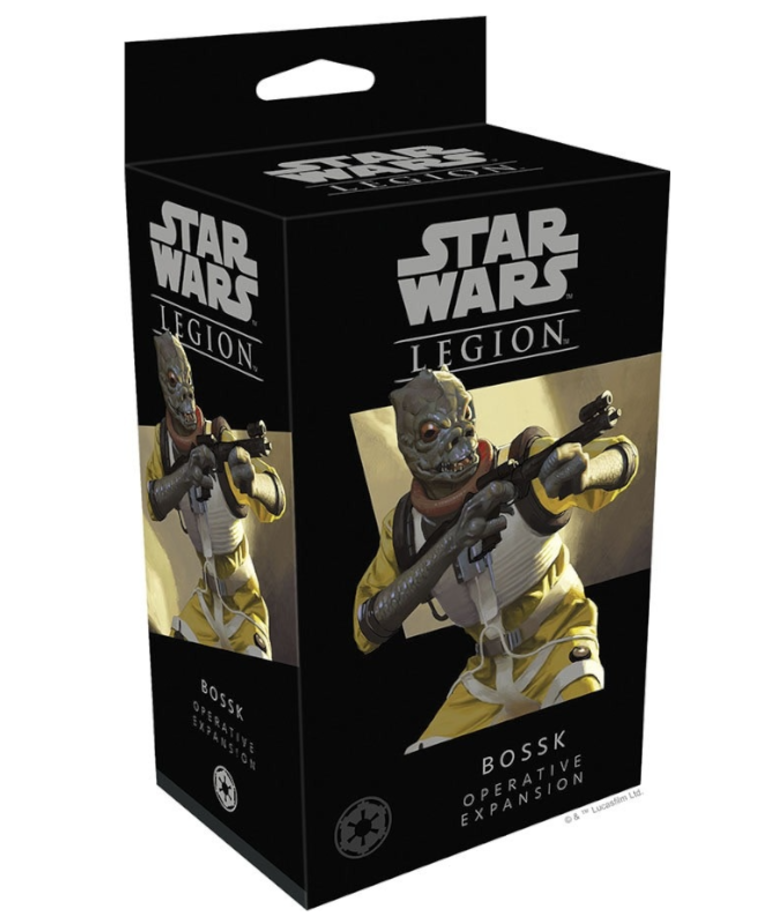 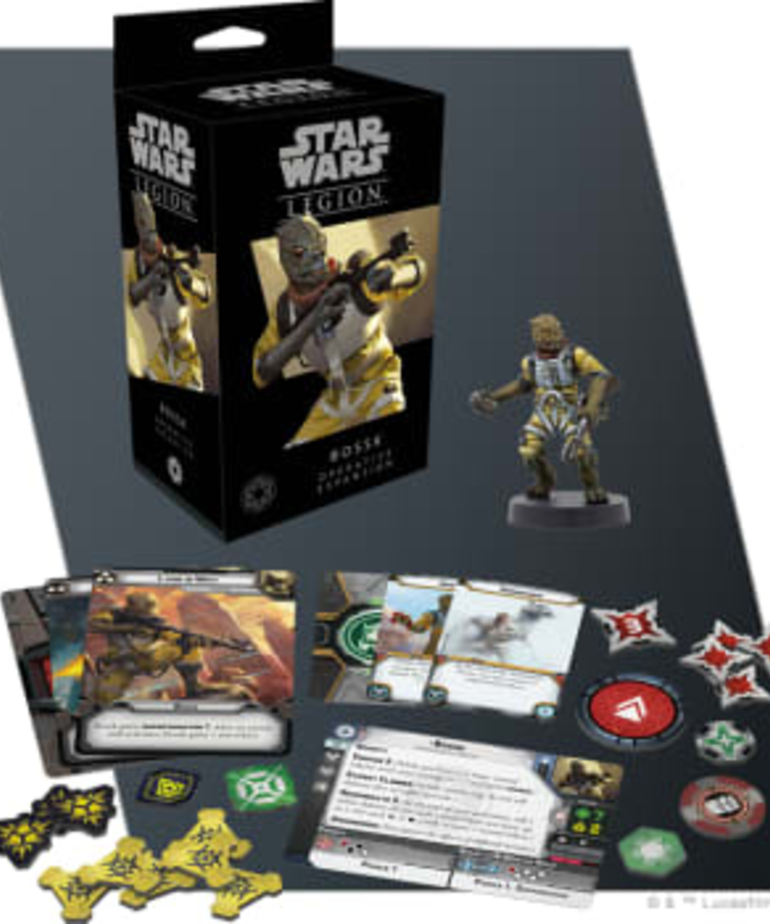 0 reviews
Add your review
- Contains a beutifully detailed, easily assembled Bossk miniature with different customization options
- Choose whether Bossk appears with his Relby-v10 Mortar Rifle at the ready or prepared to hurl a Dioxis Charge at his foes
1 In Stock
Add to wishlist / Add to compare / Print

Skillfully tracking his prey across the galaxy using his natural Trandoshan hunting instincts, Bossk has earned his reputation as one of the most feared bounty hunters in the galaxy. In the employ of the Empire, he'll go to any lengths to bring down the target that will net him the most money.

In the Bossk Operative Expansion, you’ll find an unpainted, customizable Bossk miniature armed to the teeth along with the unit card and upgrade cards that you need to fully outfit him for battle. Additionally, you’ll find Bossk’s three signature command cards, giving you access to even more weapons and tactics exactly when you need them.