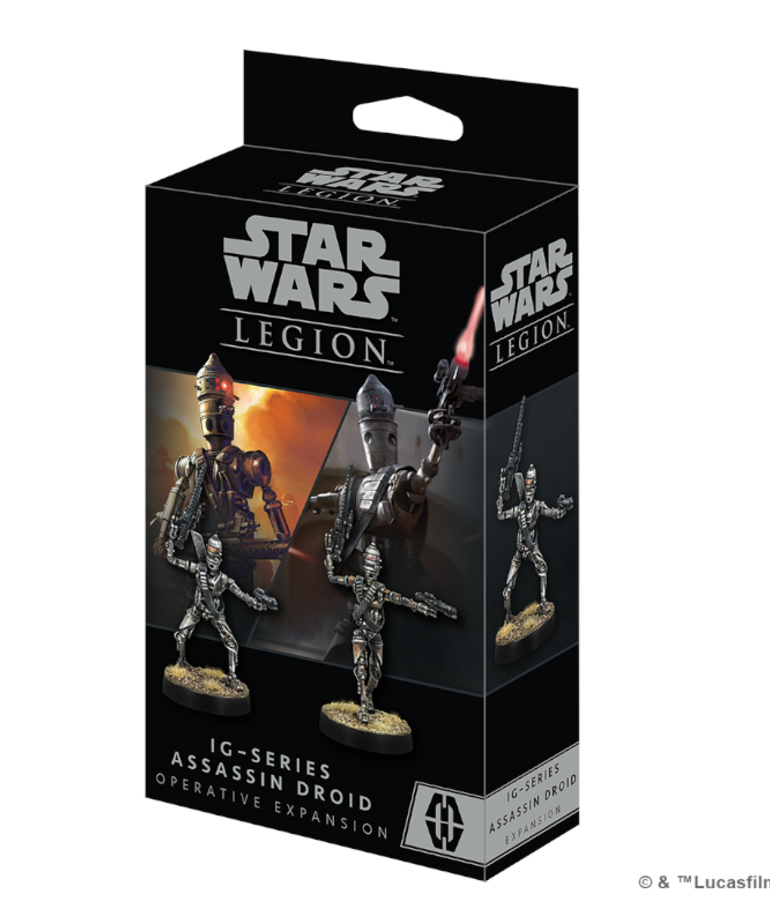 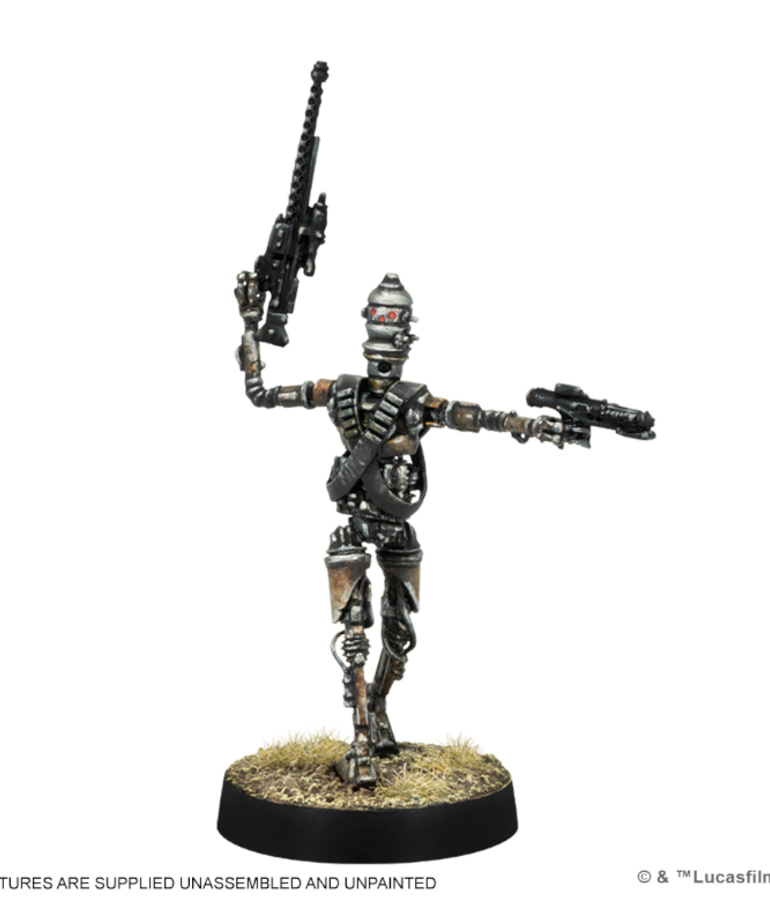 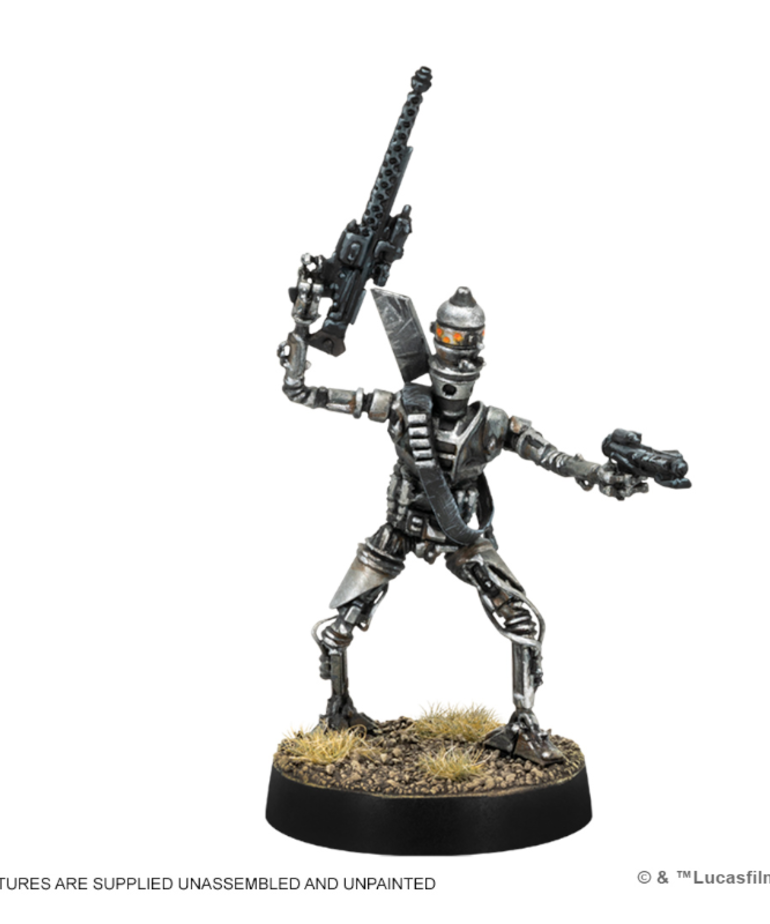 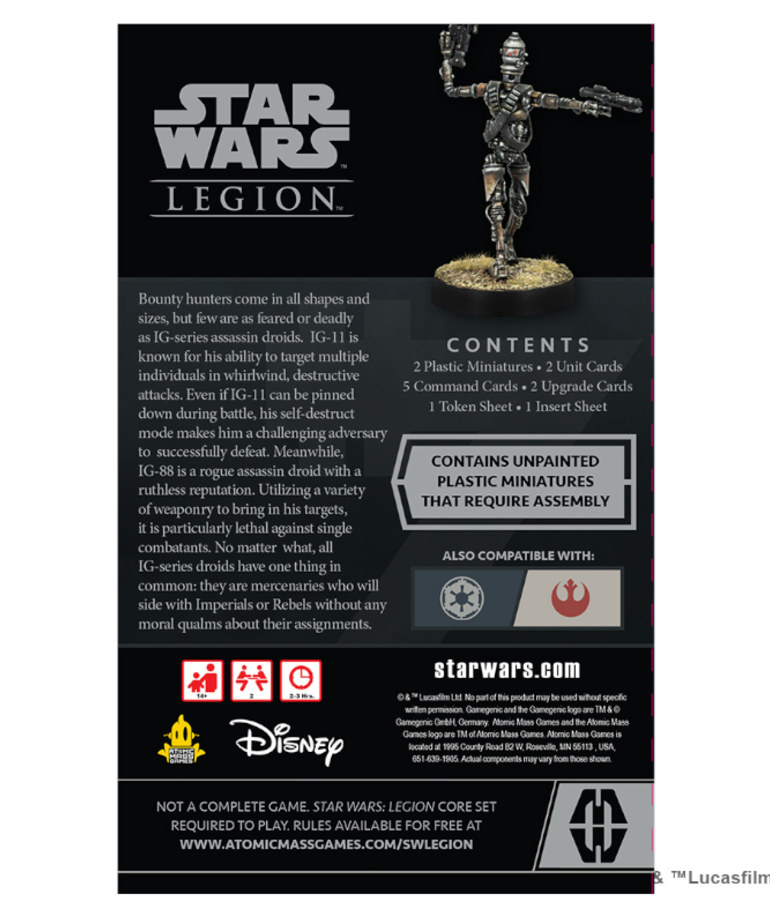 Two deadly assassin droids make their way into Star Wars: Legion in this new Operative Expansion! IG-11 is known for his ability to take down multiple targets in a whirlwind of blaster fire. Meanwhile, IG-88 is a rogue assassin droid with a reputation for ruthlessly bringing in his targets no matter the cost. This expansion puts both of these droids at players’ disposal as mercenaries who will also side with Imperials or Rebels without any more qualms about their assignments. In addition to their built in functionality, five Command Cards give them even more tactical options in battle while two upgrade cards give players the freedom to explore two distinct forms of programming with IG-11.