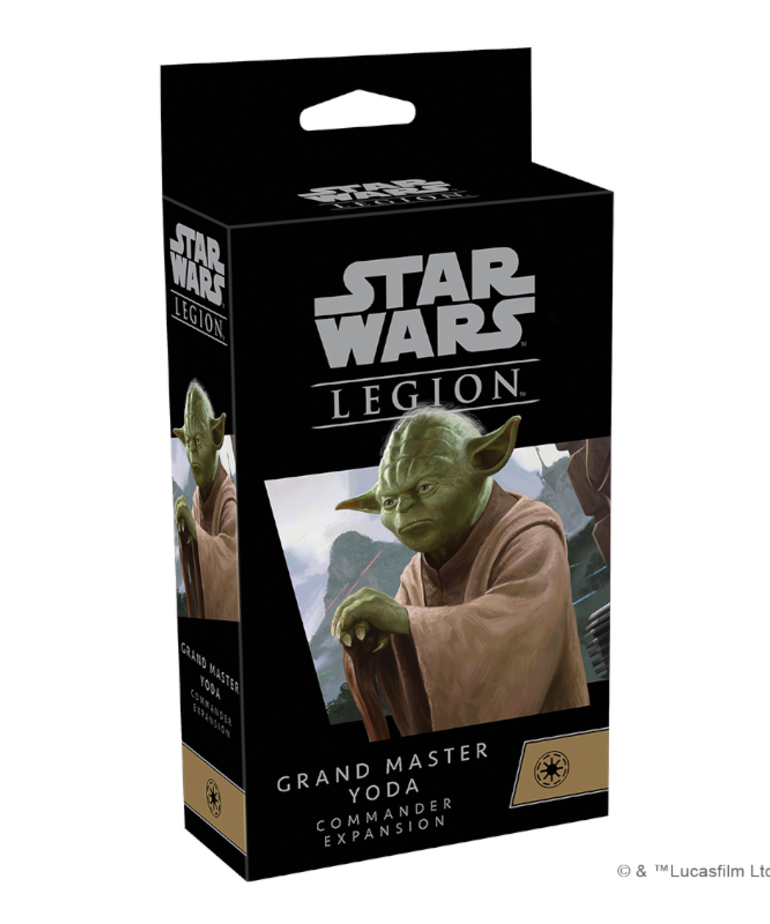 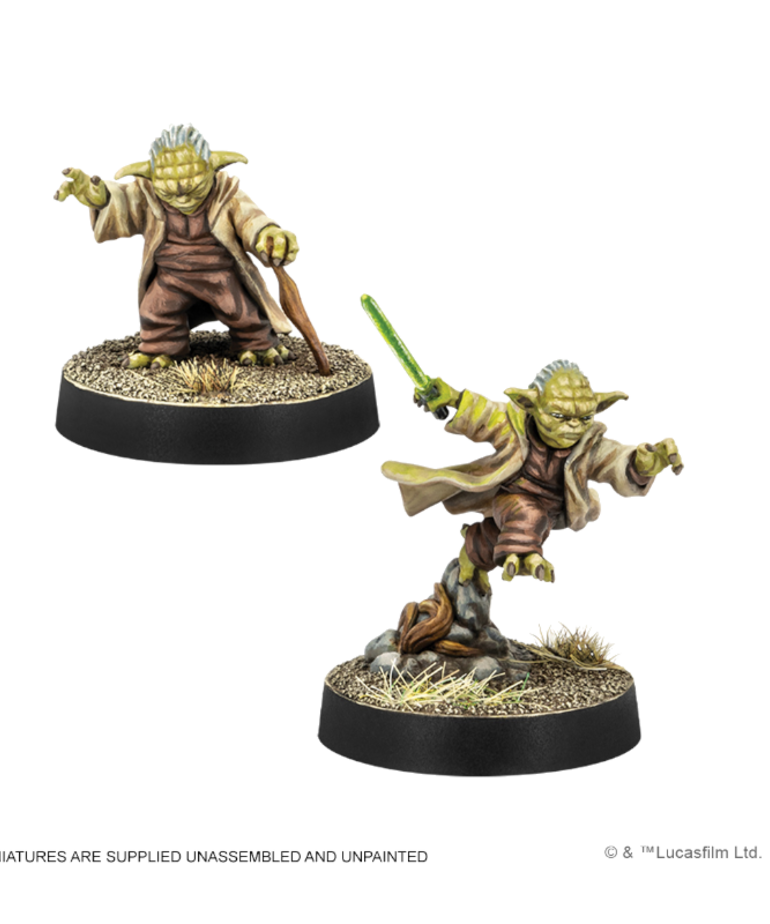 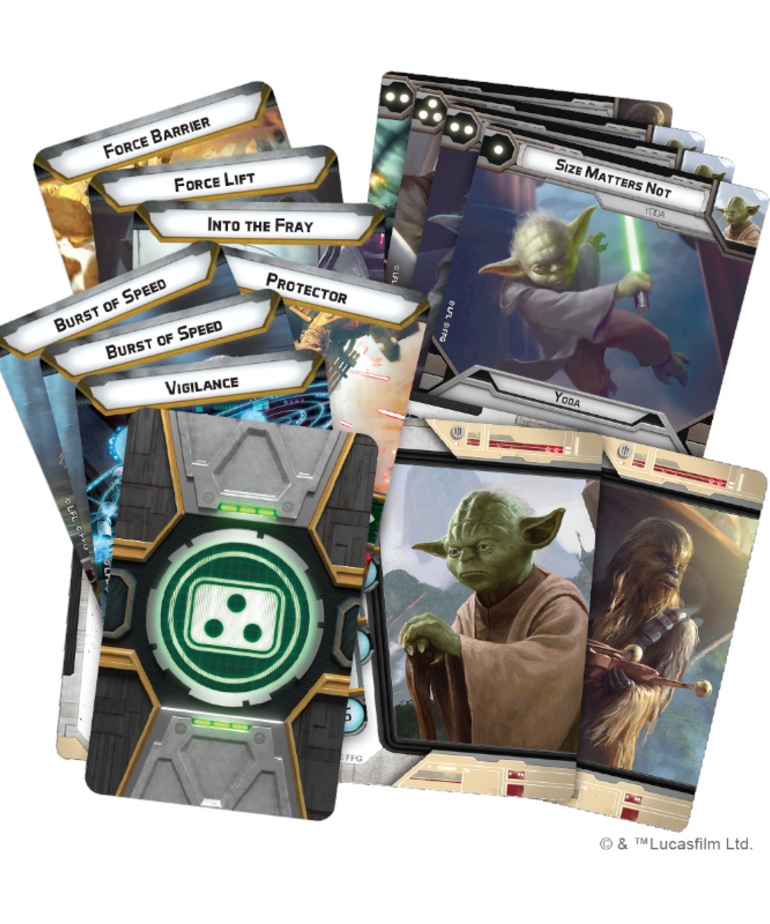 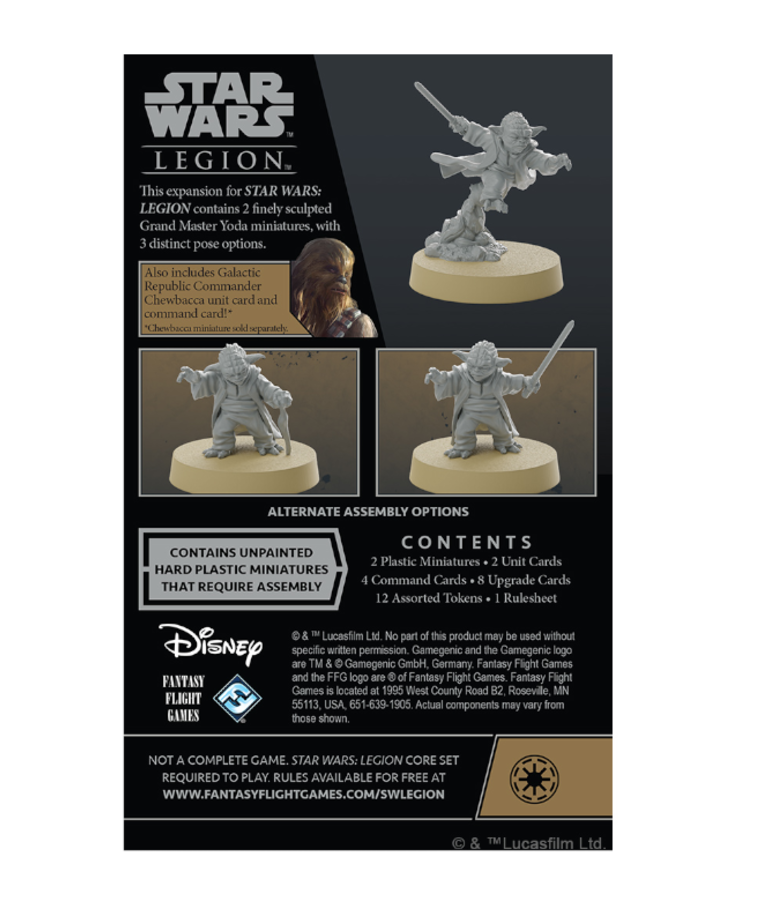 0 reviews
Add your review
- Bring one of the most iconic Jedi to your Republic armies with the Grand Master Yoda Commander Expansion for Star Wars: Legion!
7 In Stock
Add to wishlist / Add to compare / Print

Bring one of the most iconic Jedi to your Republic armies with the Grand Master Yoda Commander Expansion for Star Wars: Legion! Yoda has trained generations of Jedi Knights and he brings his skills both as a mentor and with a lightsaber to your armies. Whether he is aiding friendly units or using his mastery of the Ataru form of lightsaber combat, Yoda adds a powerful new option to the Republic’s ranks.

This expansion adds this legendary Jedi to your Star Wars: Legion collection, beginning with two beautifully detailed, unpainted Grand Master Yoda miniatures that can be assembled in a variety of poses, such as leaping into battle or concentrating while reaching out with the Force. All of Yoda’s skills, including his deep connection to the Force, are laid out on a unit card and his three signature command cards. These substantial powers can be further augmented by eight upgrade cards that grant him new Force powers and ways to command your armies. Finally, this expansion also includes a Republic unit card and an additional command card for the mighty Wookiee Chewbacca, allowing you to use your existing miniature in this faction.