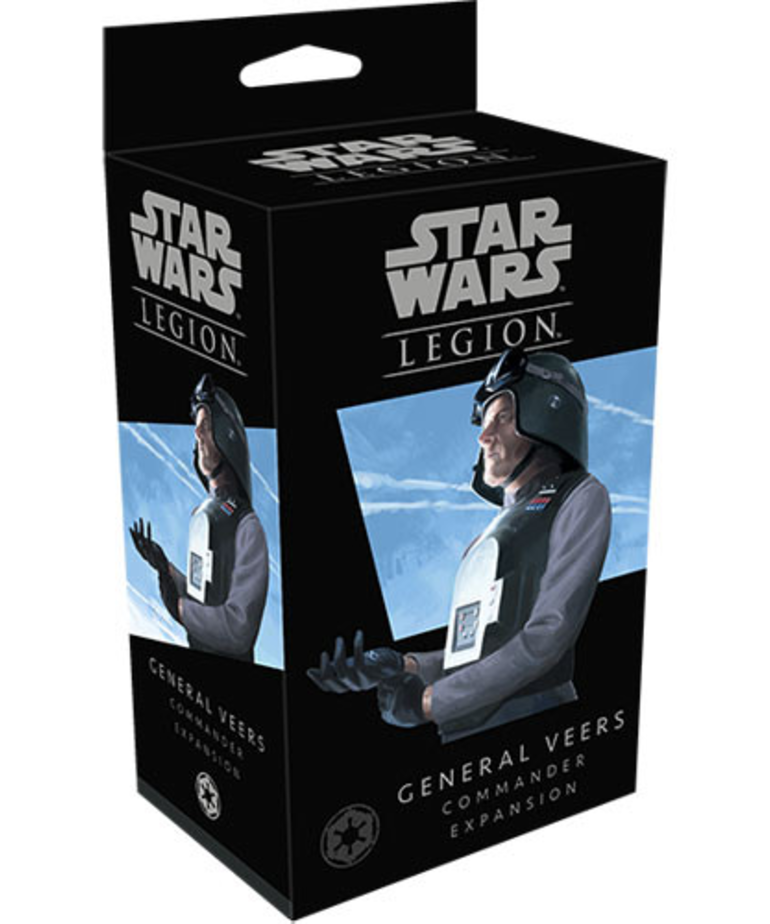 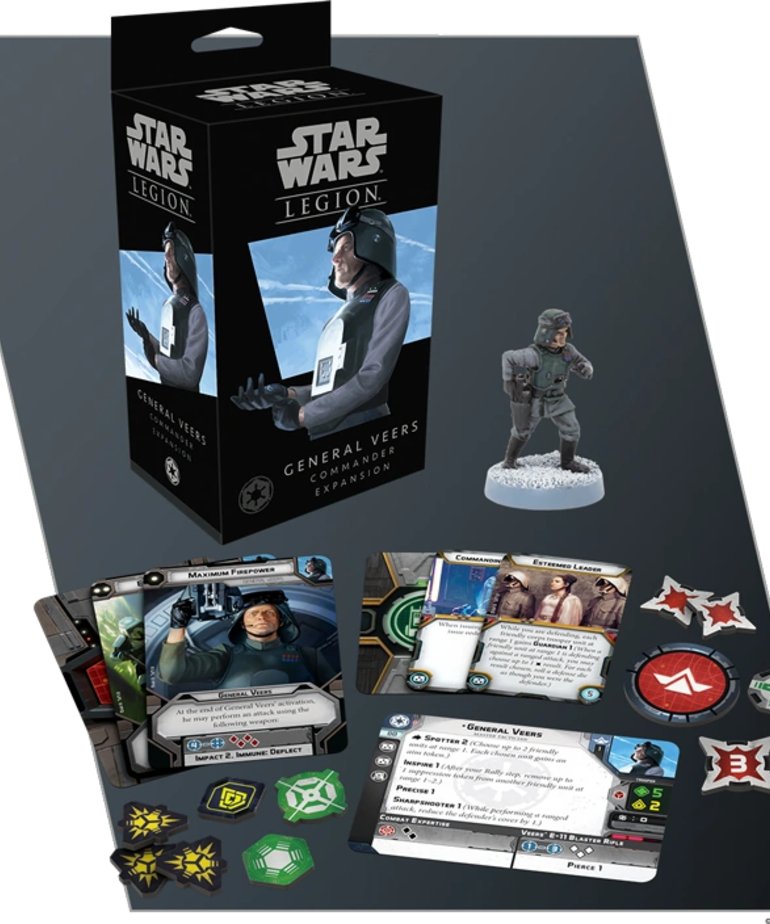 0 reviews
Add your review
- This expansion features a single highly detailed miniature of General Veers as he surveys the battlefield, ready to call in an orbital bombardment on the Rebel position.
2 In Stock
Add to wishlist / Add to compare / Print

Within the General Veers Commander Expansion for Star Wars™: Legion, you’ll find all the materials that you need to add General Veers to your army as a commander—leading an army on his own or standing side-by-side with another Imperial commander, such as Darth Vader. This expansion pack offers an unpainted General Veers miniature and his three personal command cards, inviting you to bring Veers’ personal touch to the Imperial armies that you lead into battle. What’s more, like other Unit Expansions for Star Wars: Legion, this Commander Expansion includes a unit card for General Veers and an assortment of upgrade cards that you can use to equip General Veers or another unit for battle in even the most hostile environments.