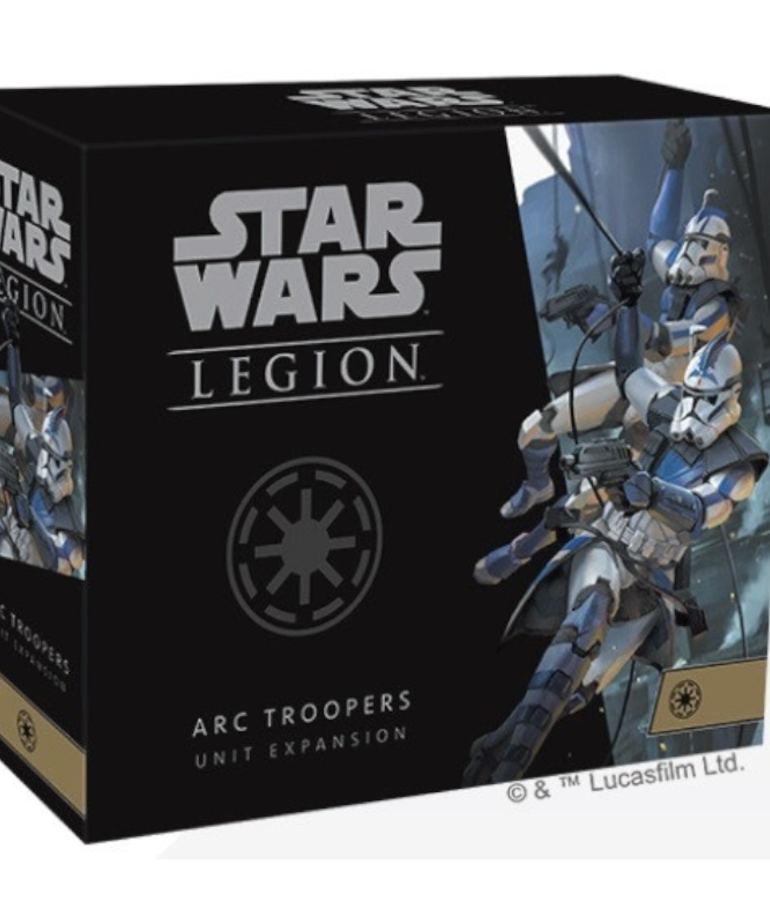 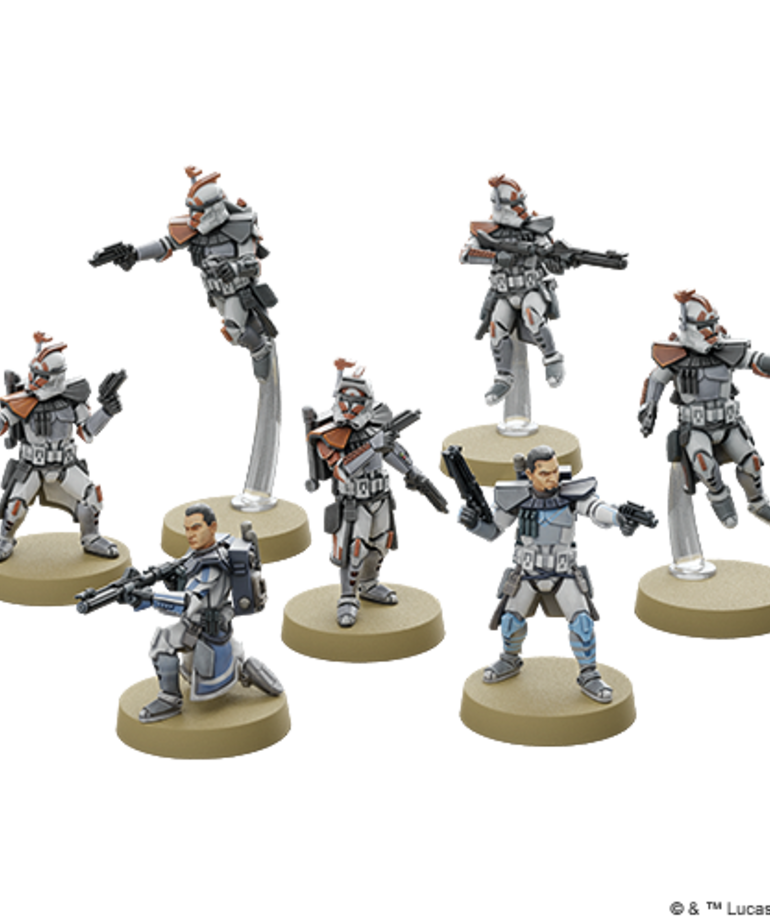 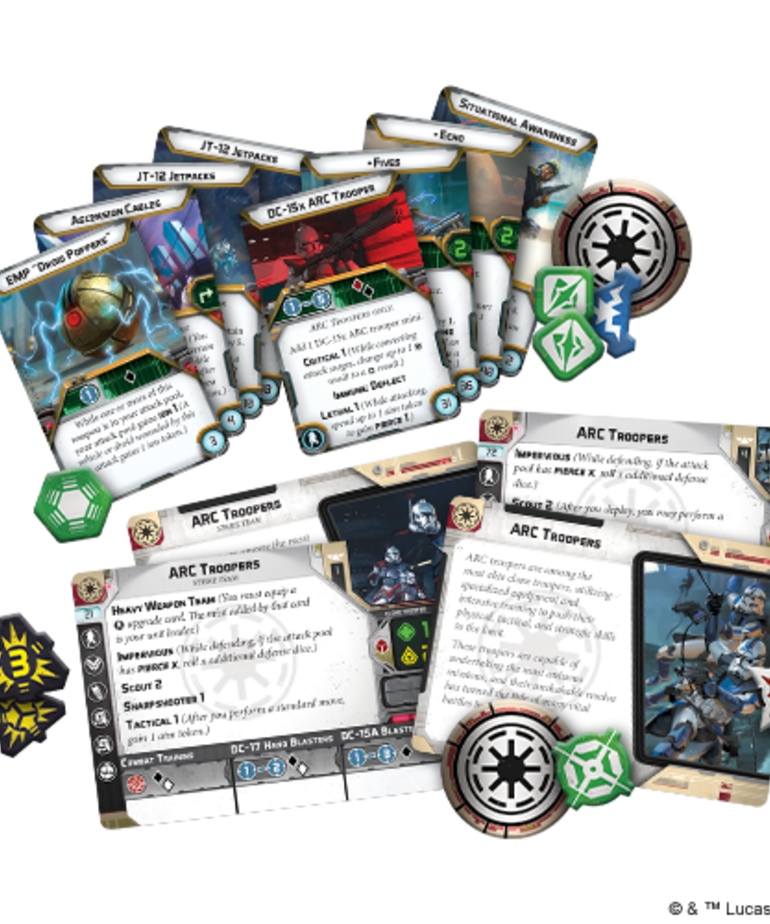 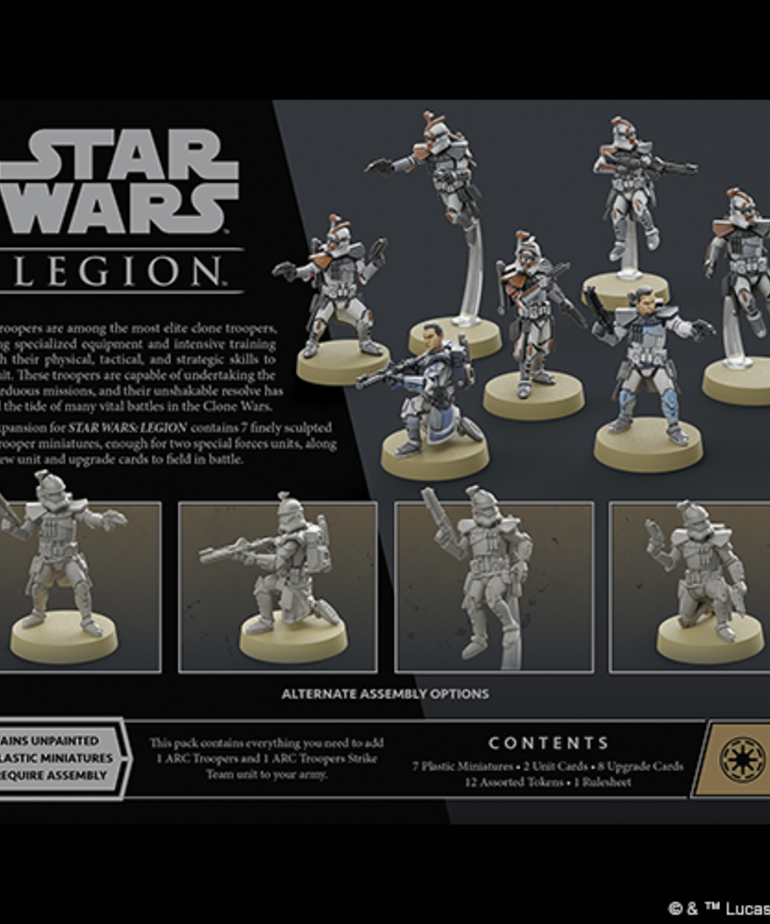 0 reviews
Add your review
- The most elite clone troopers join your ranks with the ARC Troopers Unit Expansion for Star Wars: Legion!
3 In Stock
Add to wishlist / Add to compare / Print

The most elite clone troopers join your ranks with the ARC Troopers Unit Expansion for Star Wars: Legion! As the Galactic Republic’s first special forces unit, ARC Troopers take on the most arduous missions, pushing their physical, tactical, and strategic skills to the limit. Among the most flexible warriors in the Grand Army of the Republic, they can be deployed in full squads or small fire teams while staying mobile with their JT-12 Jetpacks.

No matter how you decide to use them in battle, you’ll find plenty of ways to customize the seven high detailed unpainted miniatures in the ARC Troopers Unit Expansion. In addition to multiple helmet options for every ARC Trooper, some troopers can be assembled wielding dual DC-17 hand blasters or with a powerful DC-15x sniper rifle. Finally, several troopers are highly posable as they blast into action with their jetpacks. Push your army to the limit with the ARC Troopers Unit Expansion!