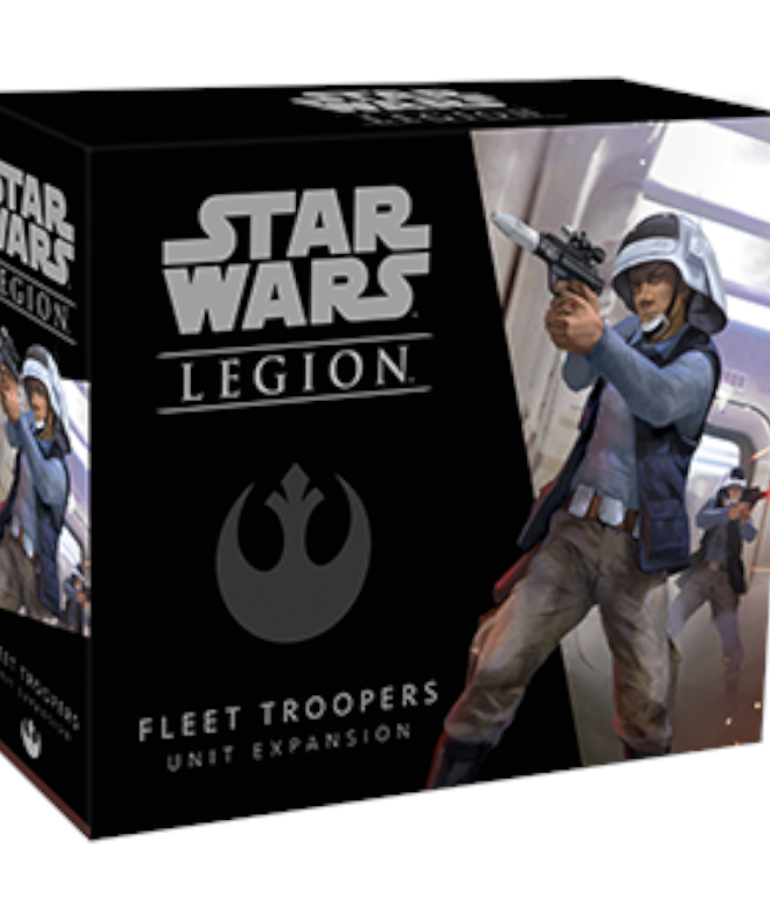 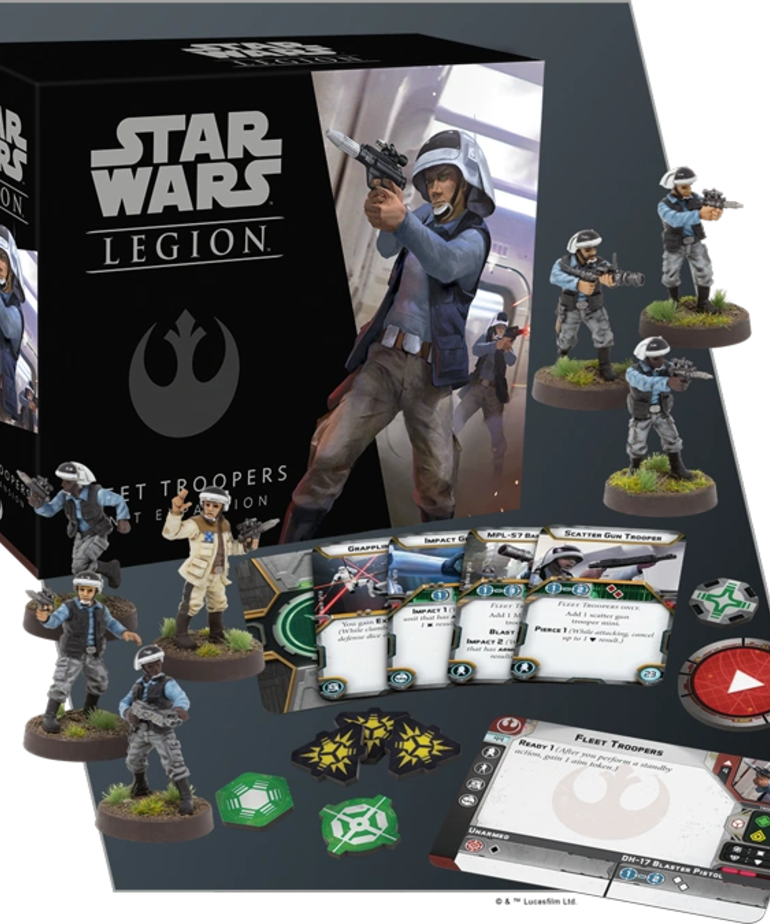 0 reviews
Add your review
- Defend the Rebellion aboard a starship or on the ground with the seven unique, highly detailed miniatures featured in this expansion pack.
2 In Stock
Add to wishlist / Add to compare / Print

From the opening shots of A New Hope, we’re introduced to an ongoing space battle as a massive Star Destroyer closes in on a tiny corvette. The first characters we see within the beleaguered Tantive IV are C-3PO and R2-D2, but only moments later, we witness a squad of troopers dashing down the hallway to defend Leia Organa’s starship against the Imperial boarding party. With this Unit Expansion, you can bring those soldiers’ dedication and readiness for battle to your games of Star Wars: Legion.

The Fleet Troopers Unit Expansion immediately expands the options available to your Rebel armies with seven unpainted, easily assembled Fleet Trooper miniatures. An assortment of upgrade cards lets you customize your Fleet Troopers to match the battles you expect to face. After all, whether you’re battling in the tight corridors of a starship or on a more open battlefield, your Fleet Troopers can make the difference in your fights. Releasing alongside the Leia Organa Commander Expansion, these two expansions promise to shake up Rebel Alliance tactics for Star Wars: Legion.

Defend the Rebellion aboard a starship or on the ground with the seven unique, highly detailed miniatures featured in this expansion pack. Five of the Fleet Troopers rush forward, relying on their DH-17 blaster pistols, while two heavy weapons specialists elect to bring some tougher armaments—an MPL-57 or a deadly scatter gun.