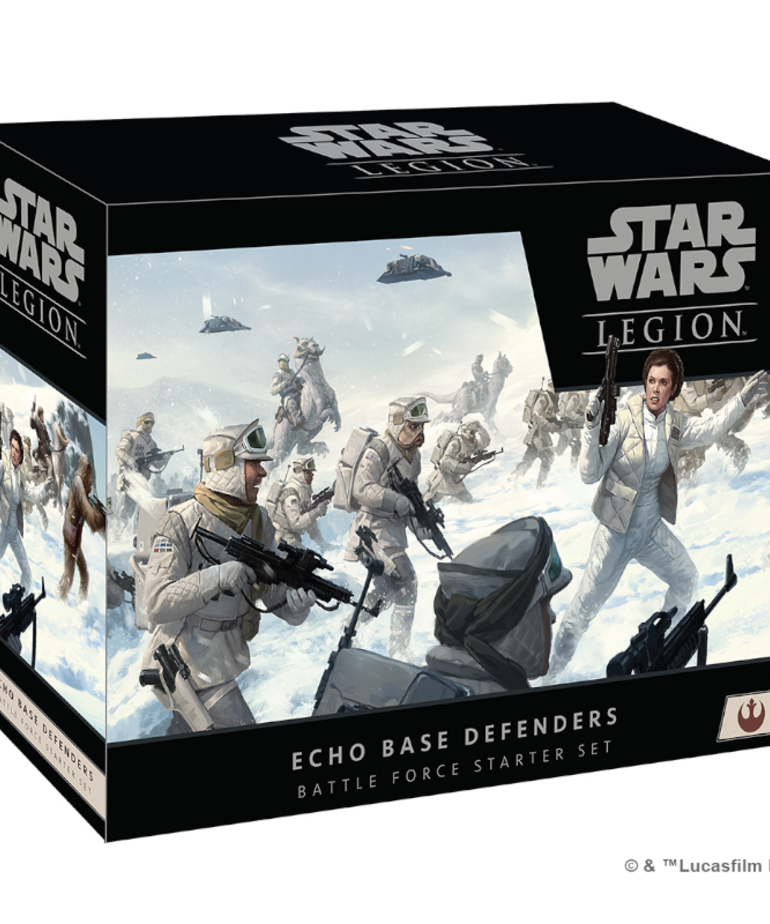 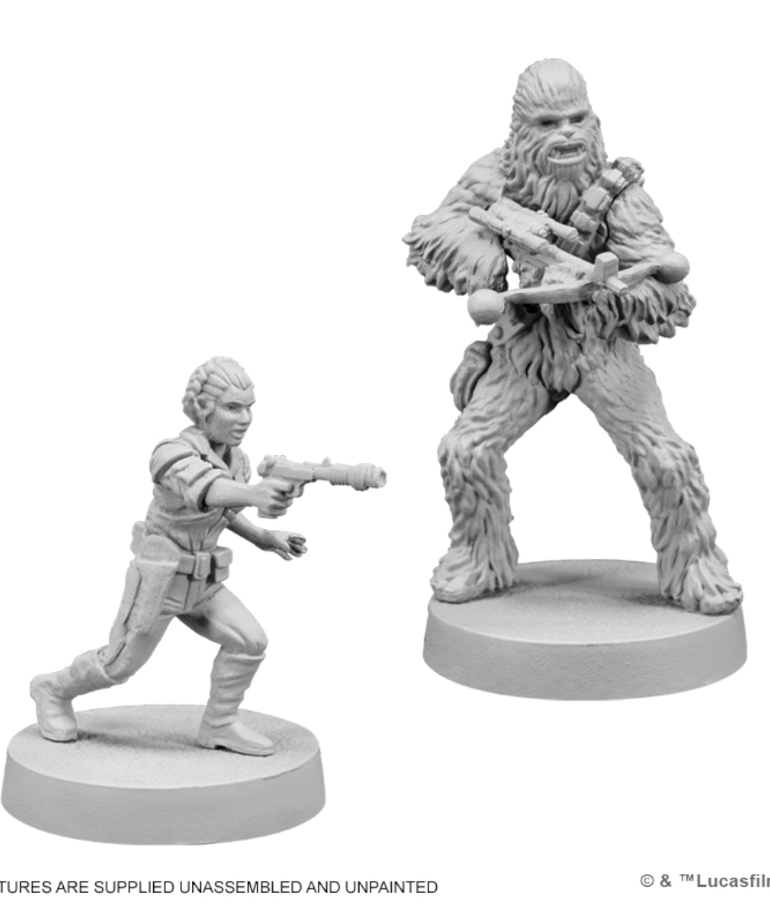 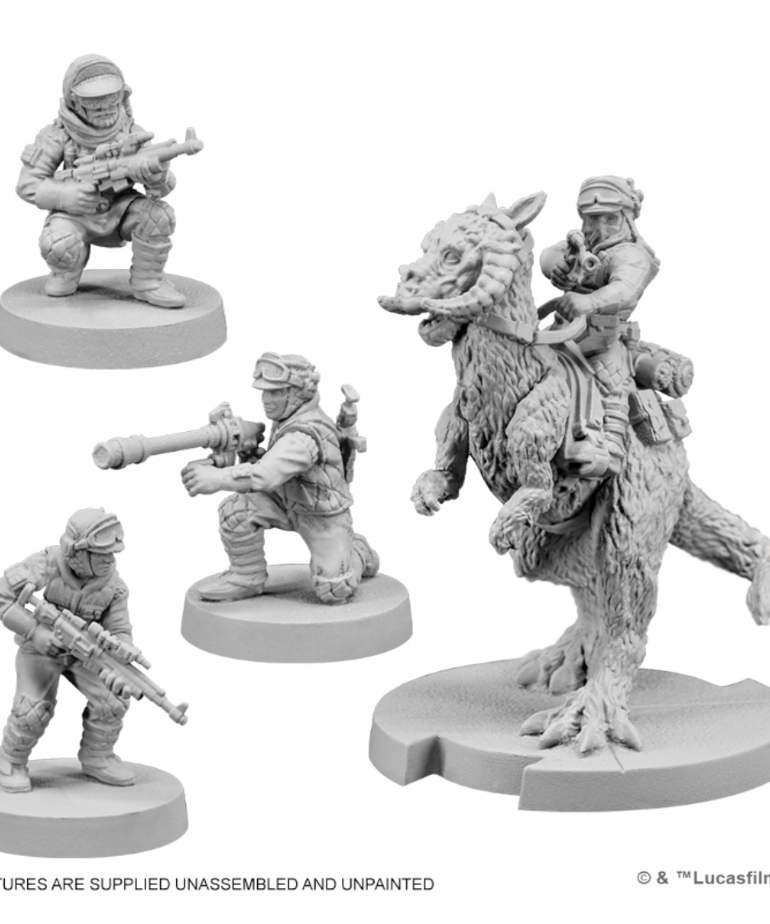 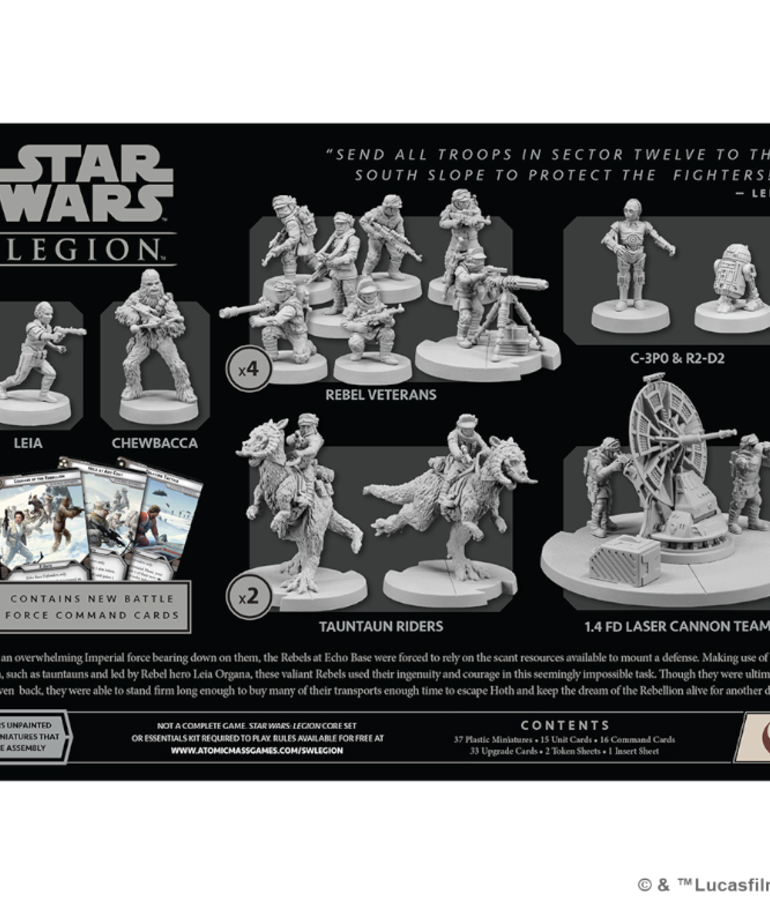 Your players can begin building their Rebel armies making their stand against the Empire with this pack for Star Wars: Legion! The Rebels at Echo Base used their ingenuity and courage to make a stand against an overwhelming Imperial force and this pack captures their rebel spirit with units that form the cornerstone of players’ armies. Featuring four units of Rebel Veterans, two units of Tauntaun Riders, and a 1.4 FD Laser Cannon Team all led by Rebel hero Leia Organa accompanied by Chewbacca, R2-D2 and C-3PO, this pack gives players a stout force to hold off any opponent. Players will also find the Command Cards for Leia Organa, R2-D2, and Chewbacca alongside copies of the four generic Command Cards and three new Command Cards designed for the exclusive use of the Echo Base Defenders Battle Force. Finally, 33 reprinted upgrade cards invite players to fully outfit their Rebel force to fit their strategy.