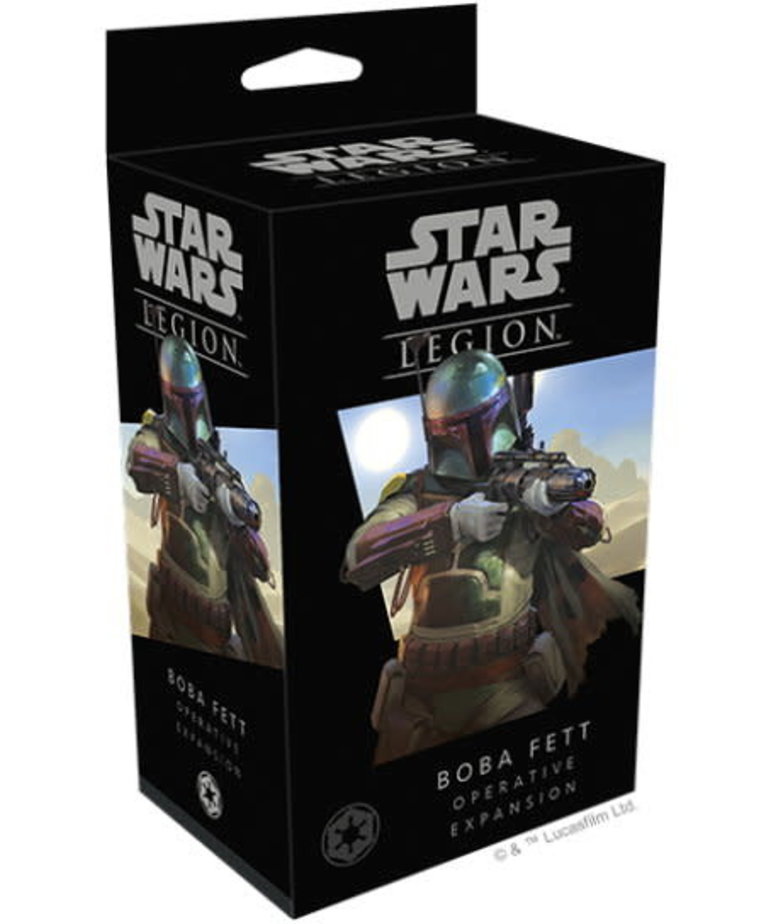 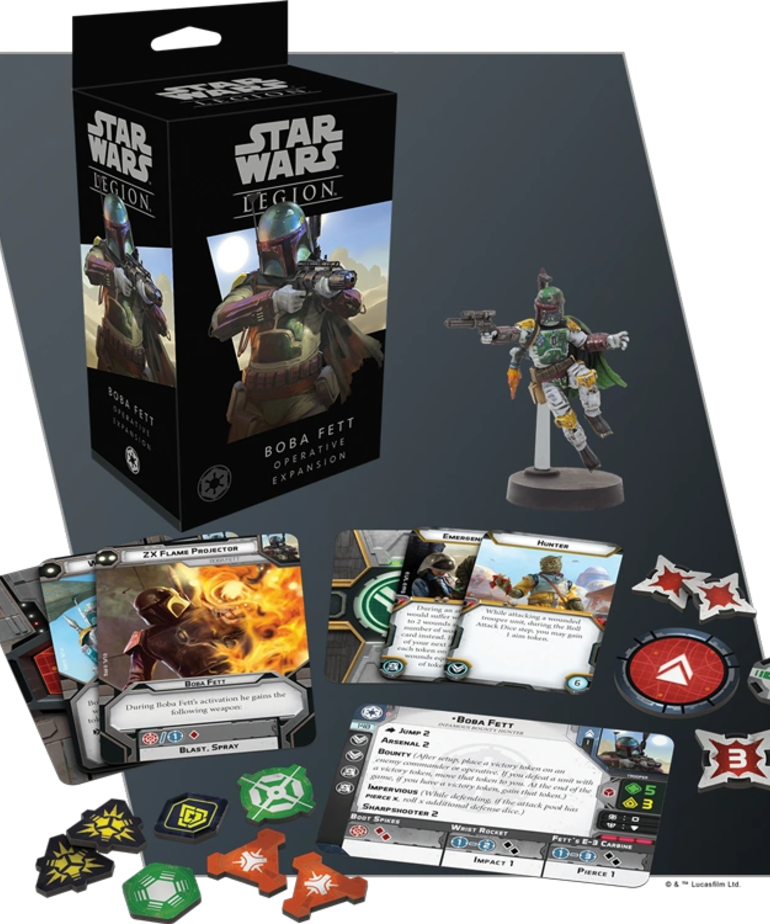 0 reviews
Add your review
- Rocket over the battlefield with the single highly detailed Boba Fett miniature featured in this expansion pack!
1 In Stock
Add to wishlist / Add to compare / Print

As evidenced by his tracking Han Solo and the Millenium Falcon to Bespin in The Empire Strikes Back, Boba Fett is a cunning bounty hunter who considers all the angles. He’s also a formidable warrior, with his intimidating Mandalorian armor concealing an assortment of deadly weaponry. Working best on his own, Boba Fett is just as lethal as any squad of Stormtroopers and this Operative Expansion lets you bring Fett's many skills to your Star Wars: Legion battles.

As the game’s first operative, the Boba Fett Operative Expansion includes everything you need to add the galaxy’s best bounty hunter to your Imperial army. A single unpainted, easily-assembled miniature depicts Boba Fett taking flight in search of his next quarry. Meanwhile, three command cards let you tap into the many dirty tricks Fett has hidden in his Mandalorian armor, and three upgrade cards give you even more tools to equip Boba Fett or another unit for battle.

Rocket over the battlefield with the single highly detailed Boba Fett miniature featured in this expansion pack! This miniature depicts Boba Fett using his jetpack to dodge enemy fire, even as he prepares to return fire with his EE-3 carbine rifle.