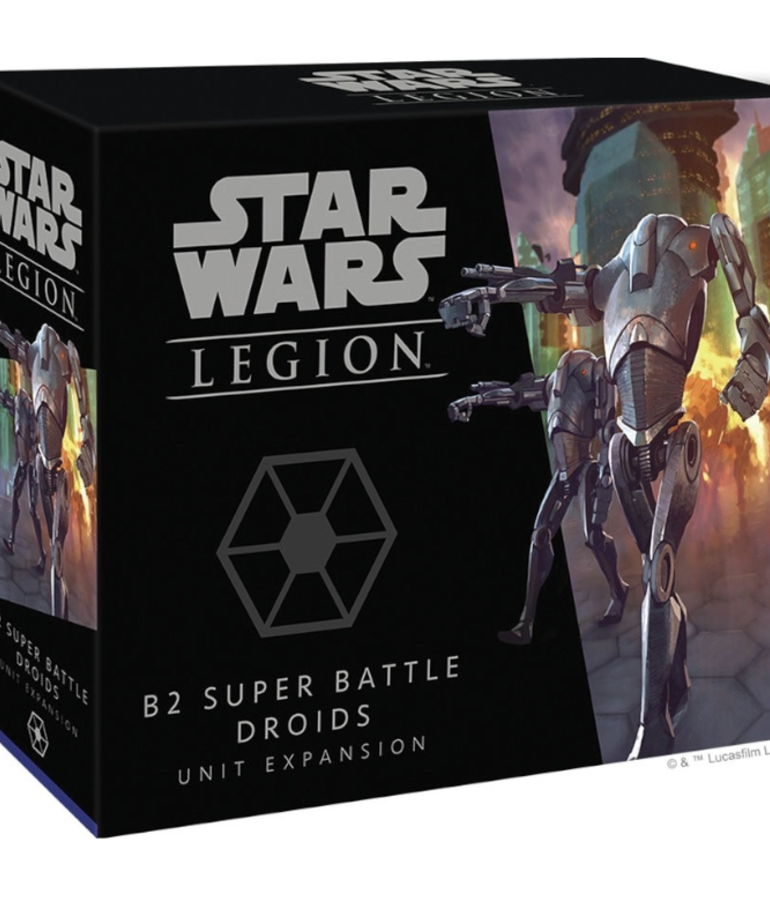 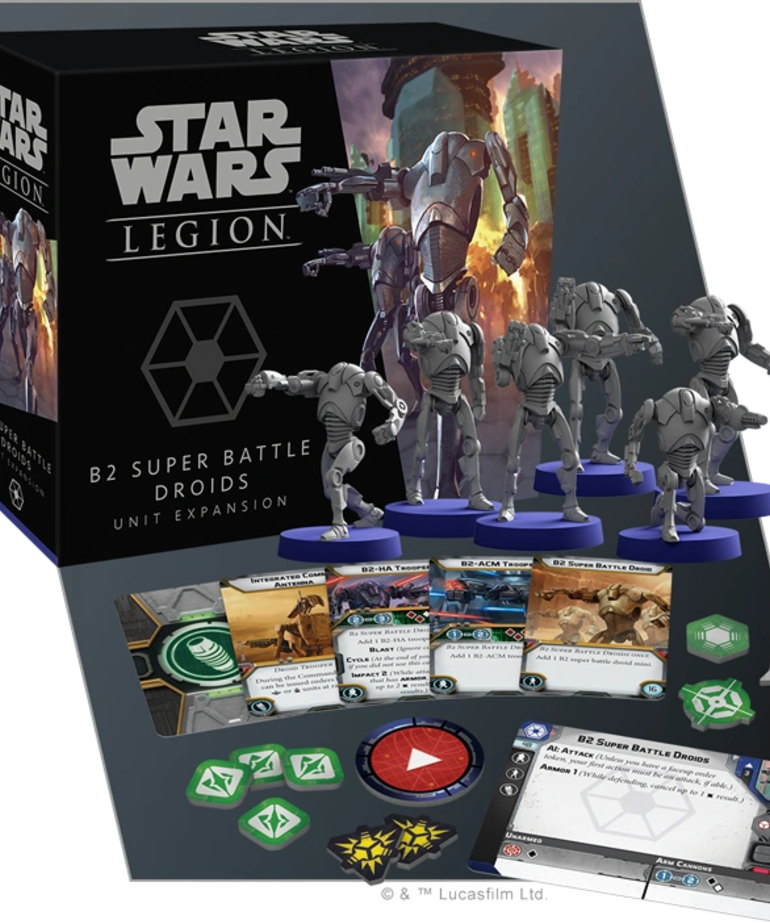 B2 Super Battle Droids are the hulking, brutal cousins of the wiry B1-series battle droids of the Separatist army. Heavily armored and devastatingly powerful with their integrated wrist blasters, the sight of a squad of these droids on the battlefield can chill even the most seasoned of clone troopers.

The B2 Super Battle Droids Unit Expansion provides your army with six B2 Super Battle Droid miniatures to add to your Star Wars: Legion collection. Four of these miniatures feature the standard wrist cannons seen on most B2 battle droids and three of them can be posed in a variety of positions. Meanwhile, separate B2-HA and B2-ACM miniatures menace opposing armies with heavy weapons.

Deploy a unit of hulking B2 Super Battle Droids to your Star Wars: Legion battles with six new miniatures!

Add a B2-ACM Trooper or a B2-HA Trooper for even more ways to attack!