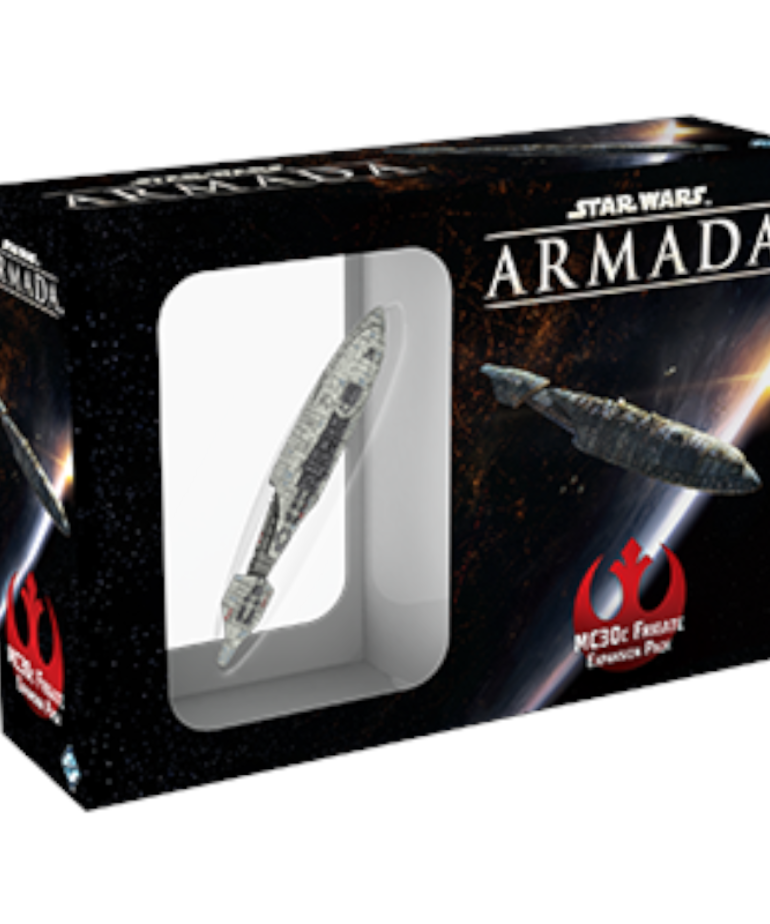 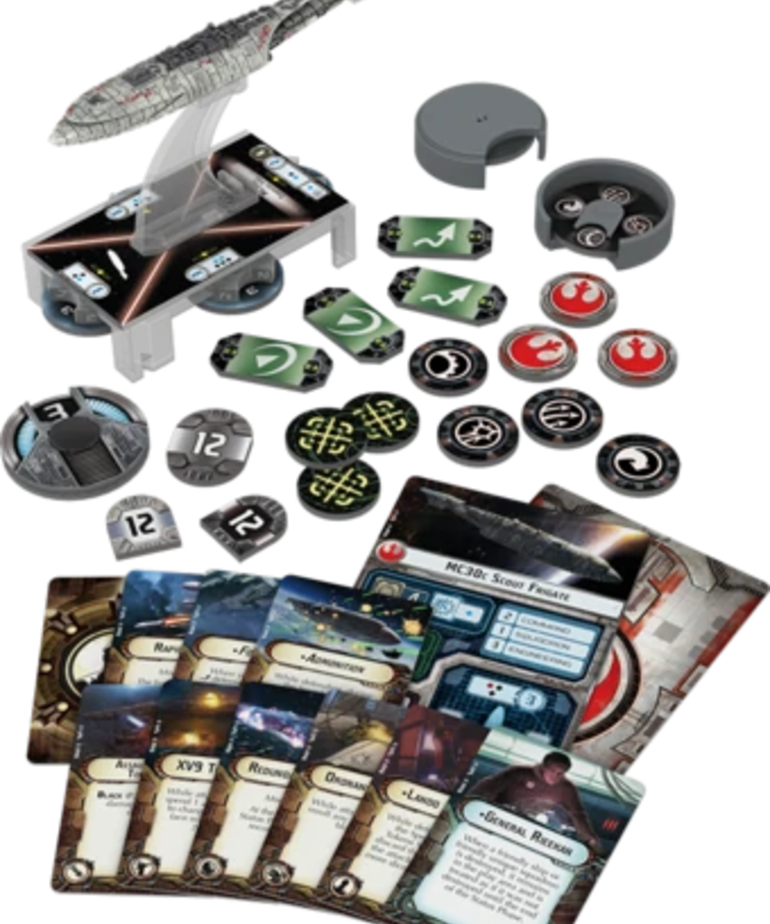 0 reviews
Add your review
- A small but powerful Mon Calamari warship, the MC30c Frigate excels at close-range combat. Its extreme sped allows it to execute high-risk attack runs, and its firepower is fully capable of obliterating the Empire's best defenses.
1 In Stock
Add to wishlist / Add to compare / Print

One of the most powerful mid-level ships in the Galactic Civil War, the MC30c frigate presented a lethal combination of speed, high-powered armament, and advanced deflector shields.

Now this fast and nimble Rebel ship arrives to Star Wars: Armada in the MC30c Frigate Expansion Pack as a small-size vessel that can fire as many as five attack dice from its left and right hull zones. You’ll also find two command dials, ten upgrade cards, and all the tokens you need to bring this Rebel ship to battle. 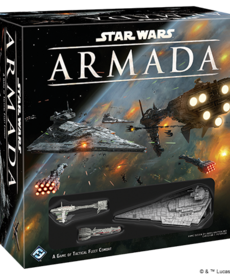