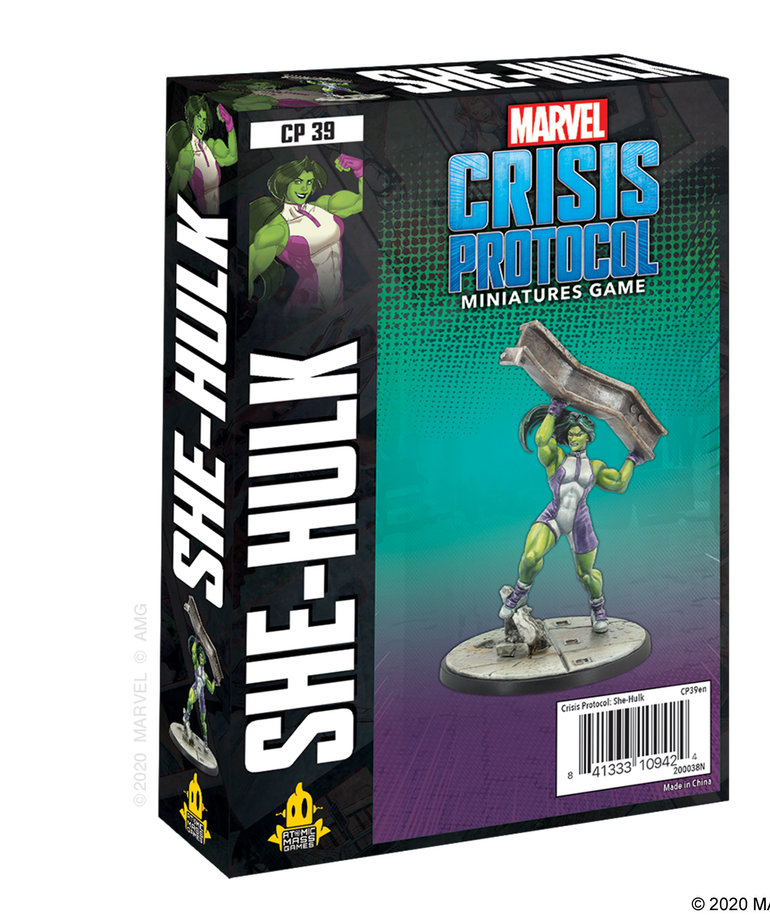 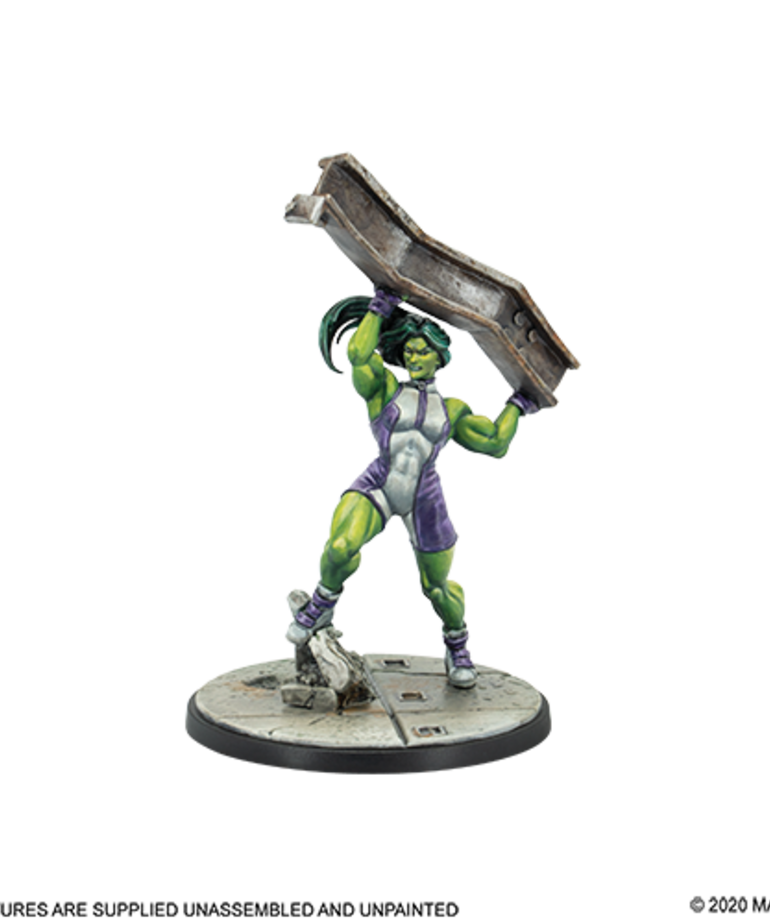 0 reviews
Add your review
She-Hulk is a miniature for the Marvel: Crisis Protocol game by Atomic Mass Games with the item number CP39EN.
13 In Stock
Add to wishlist / Add to compare / Print

Jennifer Walters is the cousin of Bruce Banner, the Hulk. After an attempt on her life left her in critical condition, a blood transfusion from Banner infused her with gamma irradiation and transformed her into the savage and sensational She-Hulk.

While she gained much of the superhuman strength of the Hulk, Walters retains her sharp wit and honed sense of justice when she transforms, becoming a less inhibited version of herself. She rarely sees the need to return to her original self, preferring instead to fight crime with her immense strength and durability.