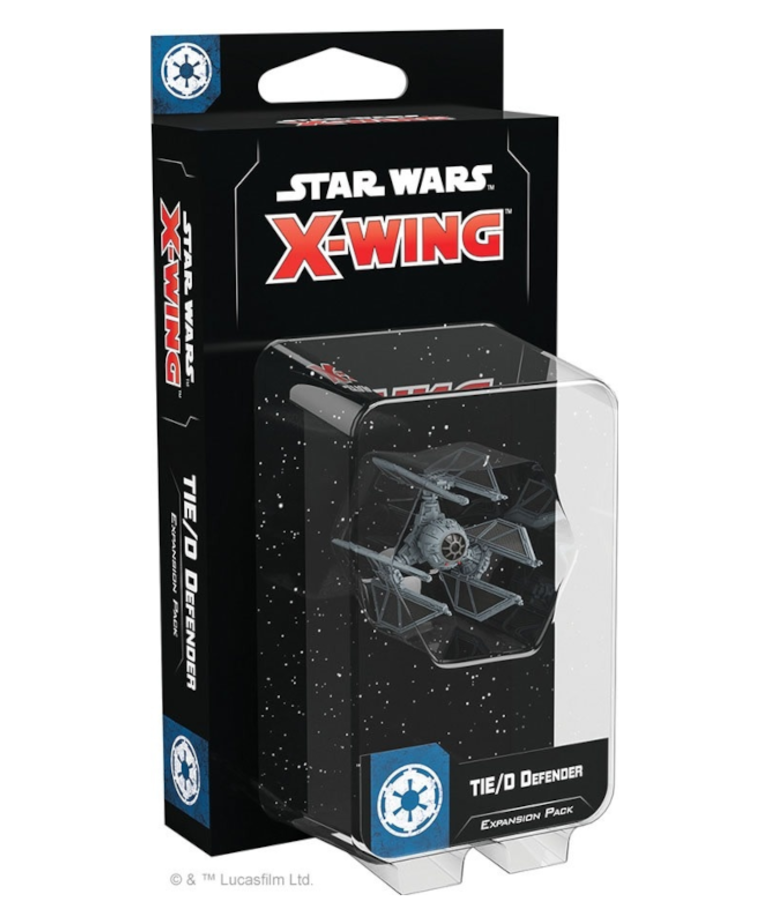 0 reviews
Add your review
- Within the TIE/D Defender Expansion Pack, you’ll find everything you need to bulk up your Imperial squadrons.
1 In Stock
Add to wishlist / Add to compare / Print

A fighter so powerful and advanced that Phoenix Squadron feared its mass production could make the Imperial Navy unbeatable, the TIE/D defender features powerful shields, speed and maneuverability, and a suite of potent weapons including missiles and cannons. In the right ace’s hands, the TIE/D defender can bring down nearly any target.

Within the TIE/D Defender Expansion Pack, you’ll find everything you need to bulk up your Imperial squadrons, including a TIE/D defender miniature, five ship cards, and four upgrade cards inviting you to outfit your ship with new systems, missiles, and cannons. Meanwhile, two Quick Build cards provide exciting combinations of pilots and upgrades, inviting you to see everything the ship can do.