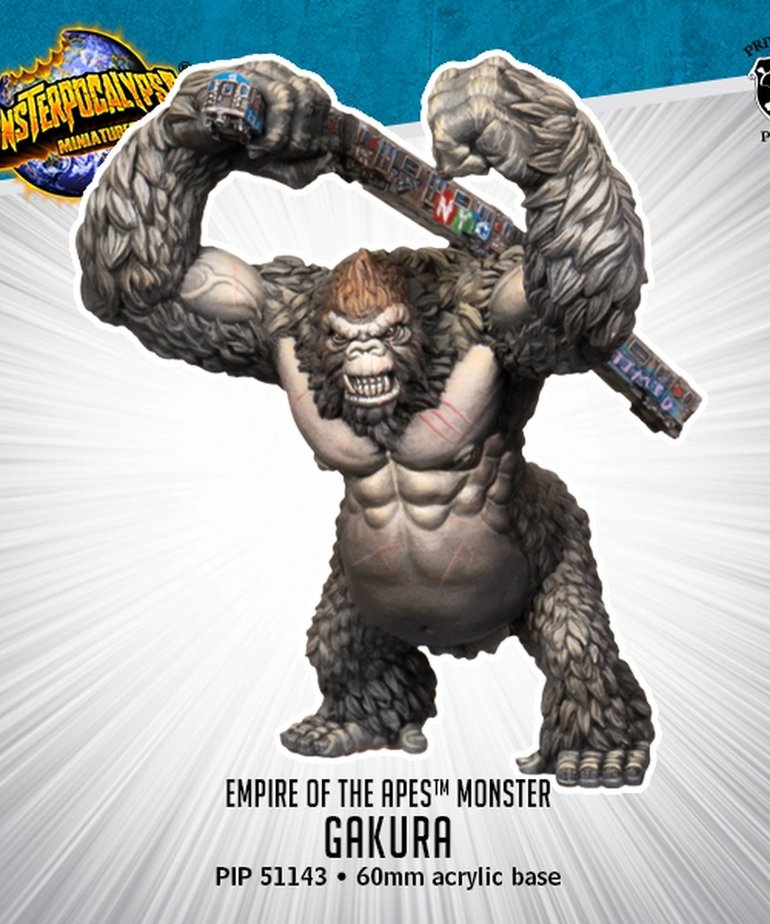 Gakura leads the scavengers within the Empire of the Apes. Humans who have studied him can't understand how he is able to turn literally anything into a weapon; further, the apes following him into combat have begun mimicking this strange ability. Gakura is also master at causing massive collateral damage, which only serves to create more improvised weaponry.

Gakura is a monster with a focus on debris titles that can join any Protectors force. He is a master of Improvised Weapons, even going to far as to Outfit his forces with them. When he Appropriates the debris around the field of battle, he causes horrible Collateral Damage.