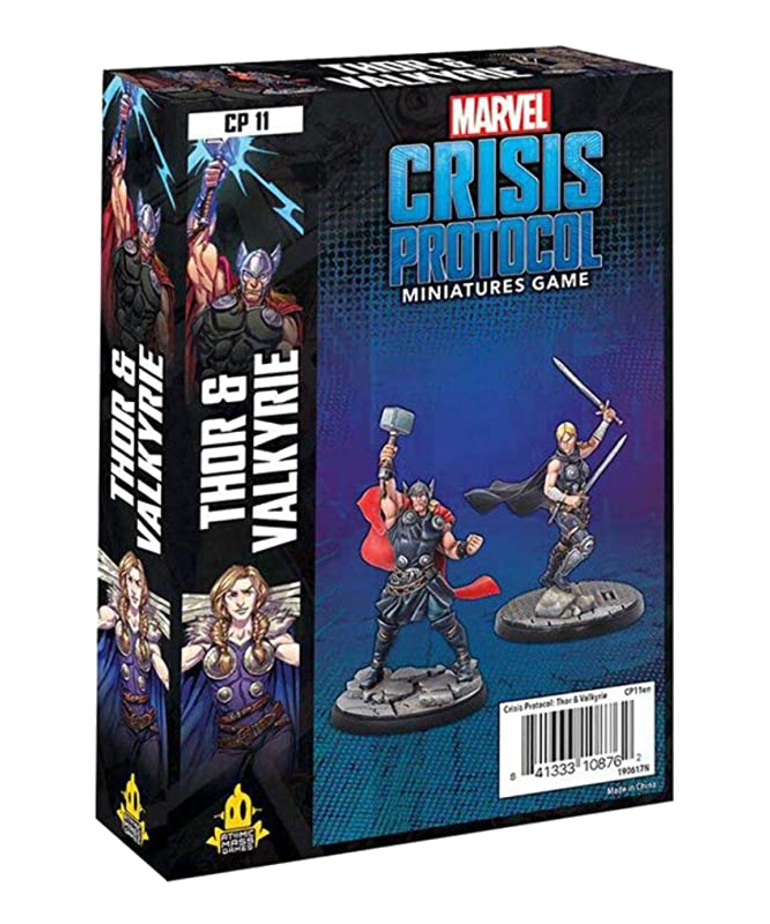 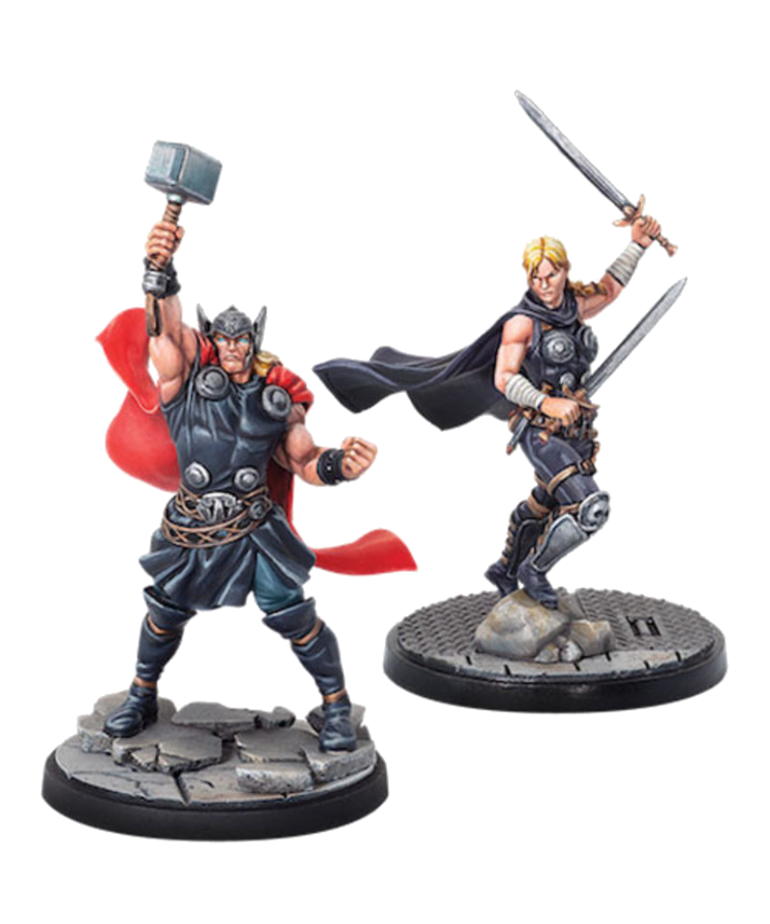 0 reviews
Add your review
- Thor and Valkyrie both bring the pain as they efficiently assault opposing characters with short ranged attacks.
- Thor, Prince of Asgard's Asgardian Leadership ability allows allied characters to shake off conditions and even the most deadly of wounds
3 In Stock
Add to wishlist / Add to compare / Print

Thor, Prince of Asgard, son of Odin the All-Father, wields the mighty hammer Mjolnir, which grants him command over lightning and storms. As an Asgardian, Thor is blessed with superhuman stamina, durability, and speed and stands as one of the strongest beings in the Universe. A stalwart member of the Avengers, Thor never rests in his fight to prove himself worthy.

The fierce warrior Valkyrie is leader of the legendary Asgardian Valkyrior, Odin's personal unit of shield-maidens. Her Asgardian physiology grants her superhuman strength, stamina, and durability, but it is her extensive martial training and her skill with a blade that places her among the greatest fighters in all of Asgard.