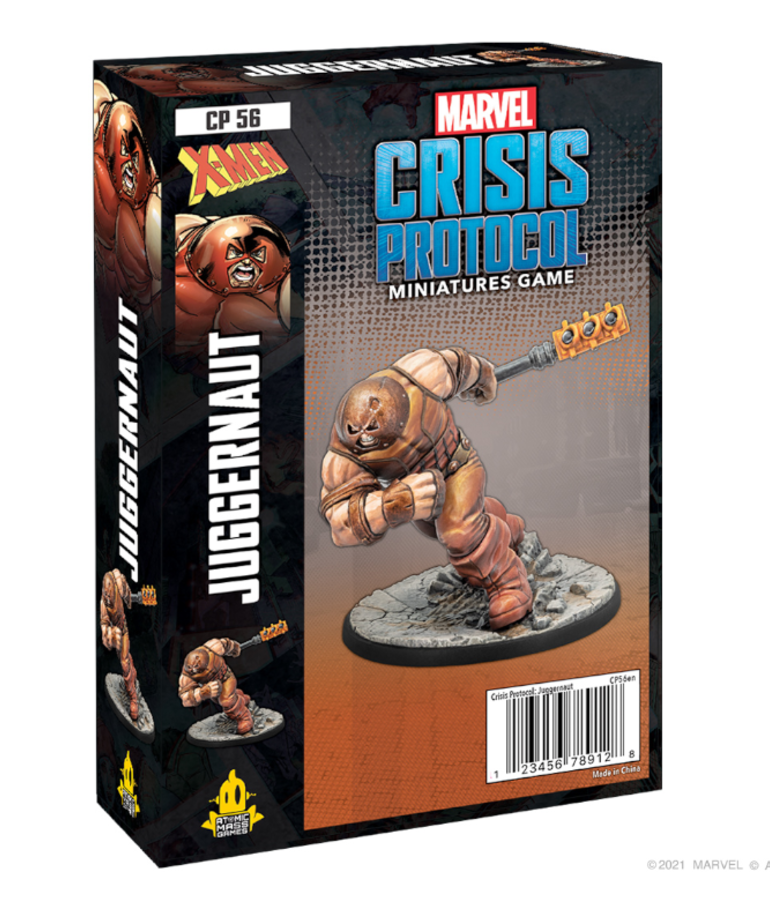 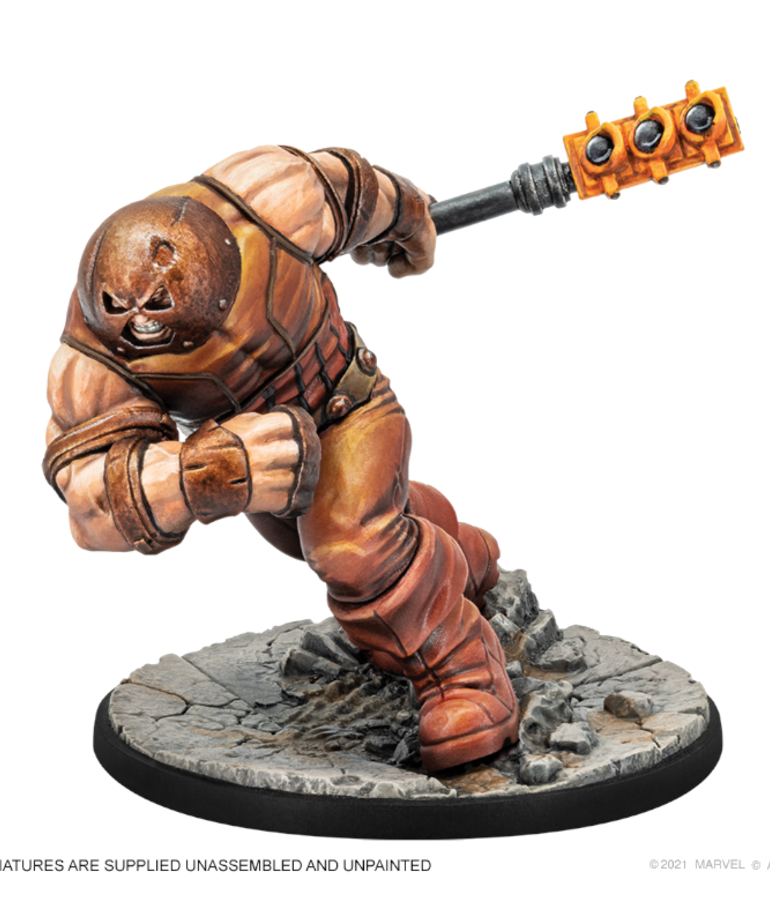 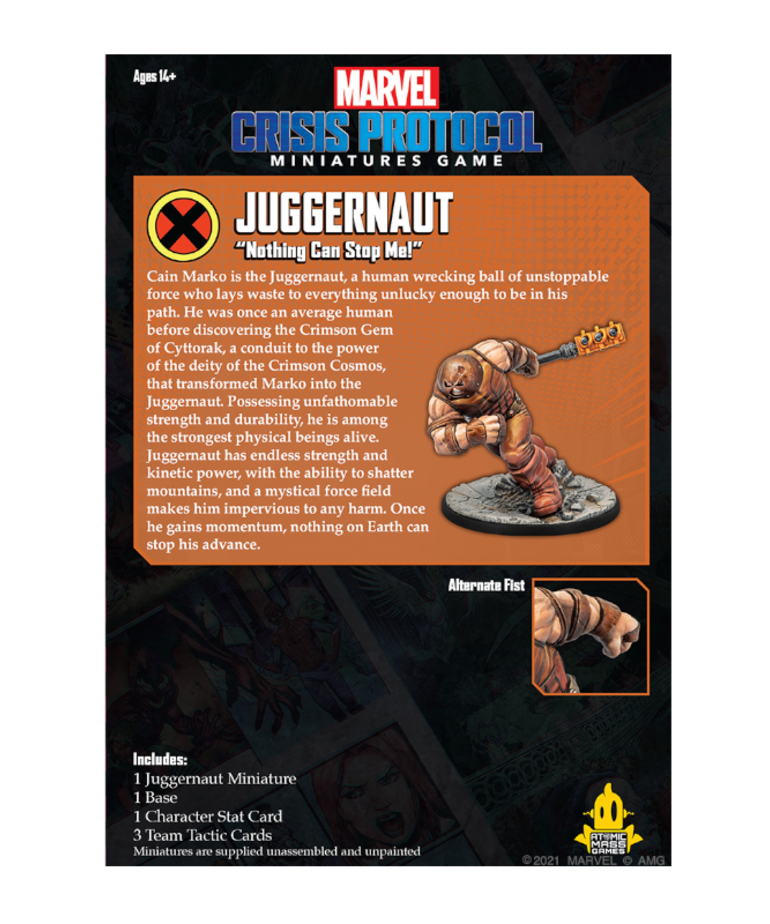 0 reviews
Add your review
- One of the X-Men’s oldest foes enters Marvel: Crisis Protocol!
0 In Stock
Add to wishlist / Add to compare / Print

One of the X-Men’s oldest foes enters Marvel: Crisis Protocol! Cain Marko is the brutally strong Juggernaut, a human wrecking ball of unstoppable force who lays waste to everything unlucky enough to be in his path. Possessing unfathomable strength and durability, he is among the strongest physical beings alive.

This character pack brings the Juggernaut to life on the tabletop with a beautifully- sculpted Juggernaut miniature, as well as a stat card outlining all of his abilities. If his brute strength isn’t enough, three Team Tactic cards unlock even more ways for him to be a disruptive force on the battlefield.