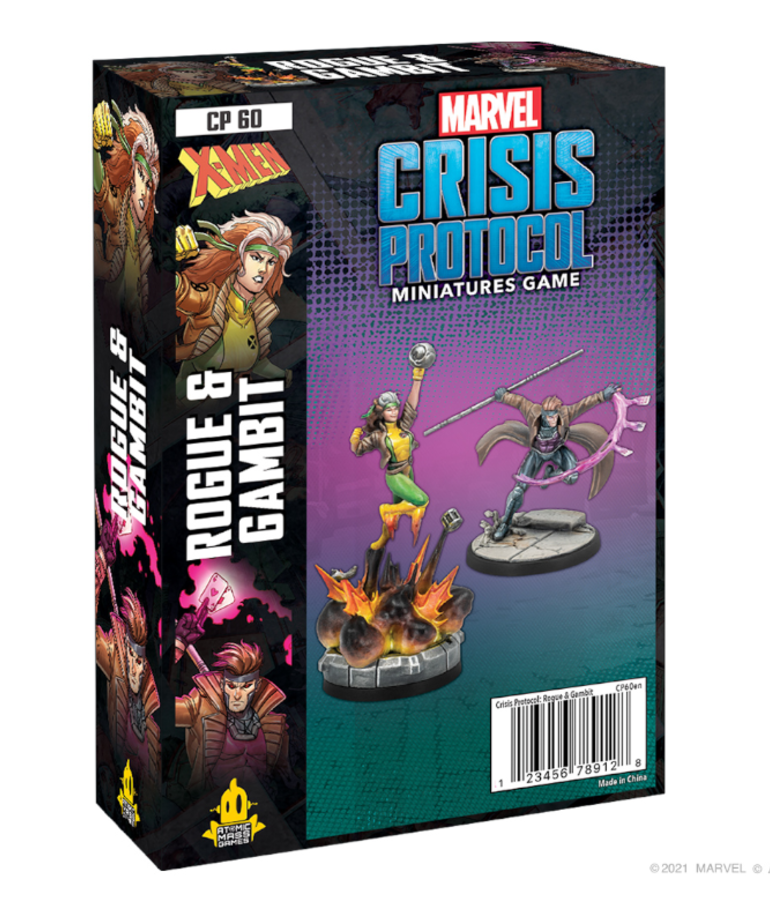 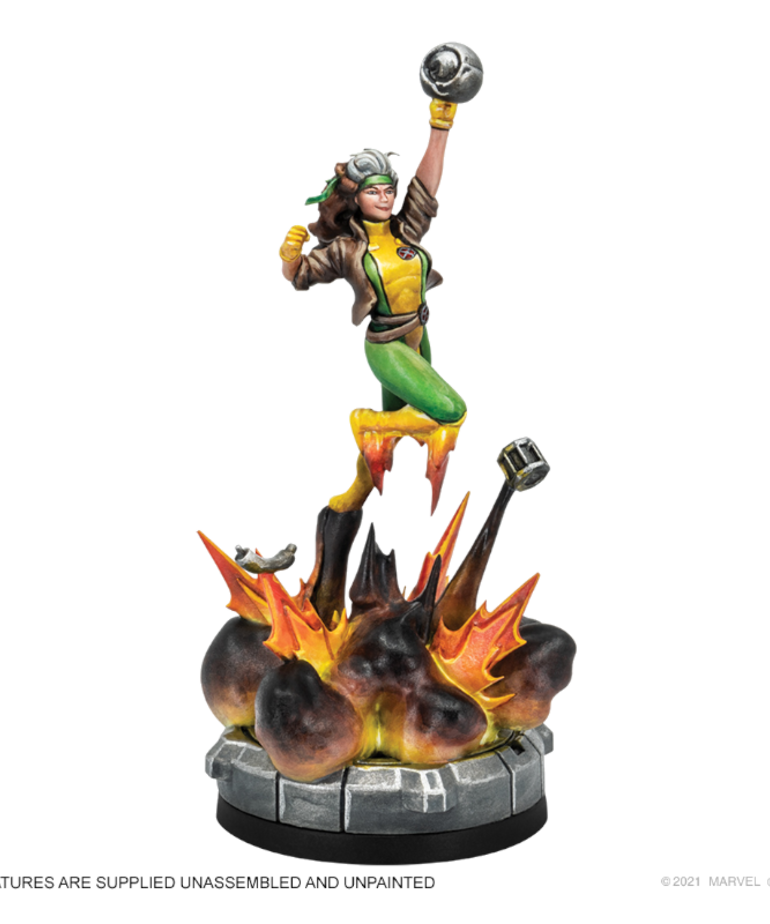 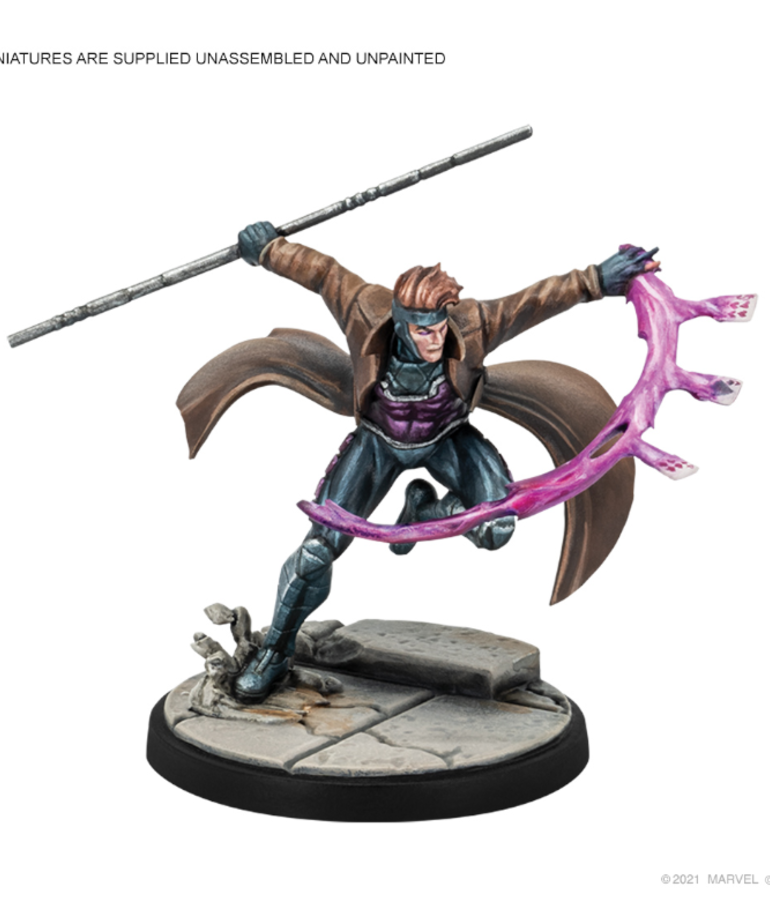 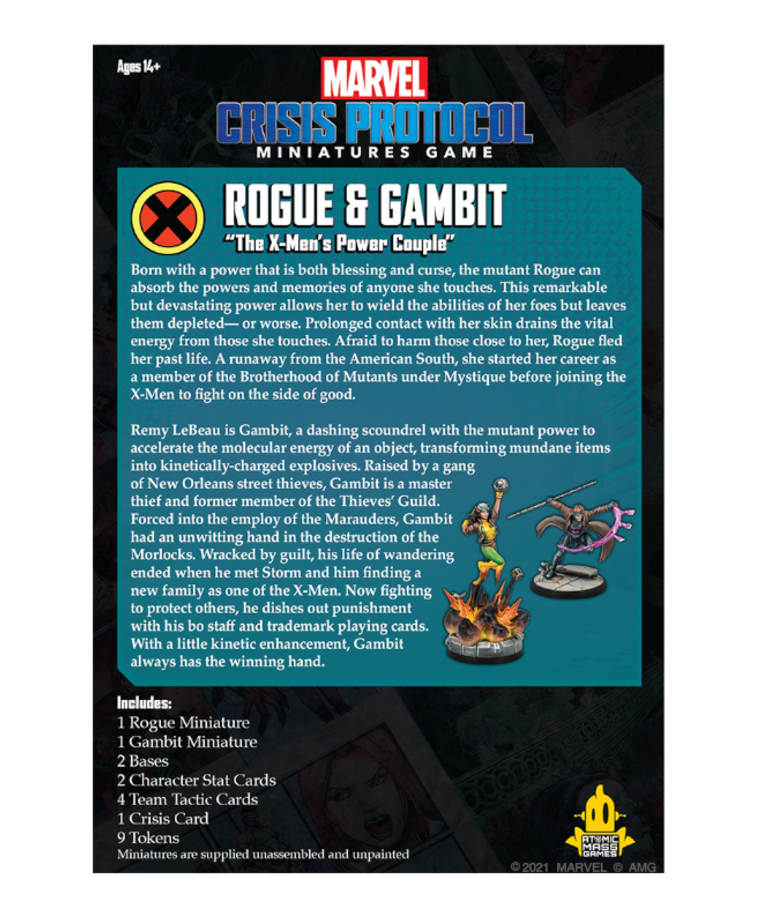 0 reviews
Add your review
- Two iconic characters join the ranks of the X-Men with this character pack for Marvel: Crisis Protocol!
20+ In Stock
Add to wishlist / Add to compare / Print

wo iconic characters join the ranks of the X-Men with this character pack for Marvel: Crisis Protocol! Born with a power that is both blessing and curse, the mutant Rogue can absorb the powers and memories of anyone she touches. This remarkable but devastating power allows her to wield the abilities of her foes but leaves them depleted–or worse. Meanwhile, Remy LeBeau is Gambit, a dashing scoundrel with the mutant power to accelerate the molecular energy of an object, transforming mundane items into kinetically-charged explosives. Fighting alongside the X-Men, he dishes out punishment with his bo staff and trademark playing cards.