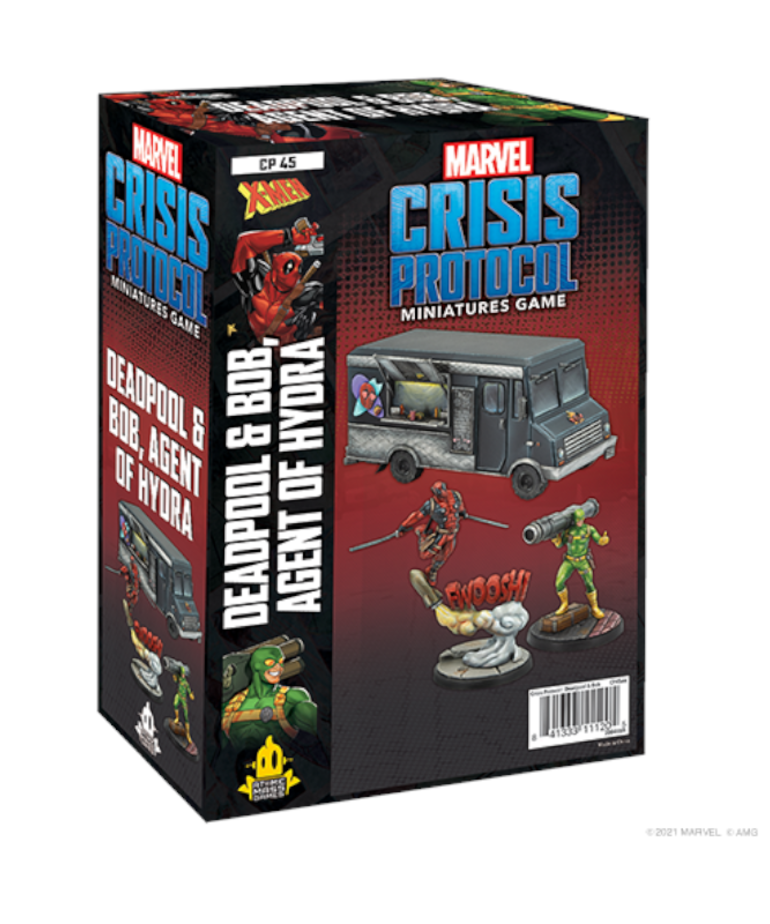 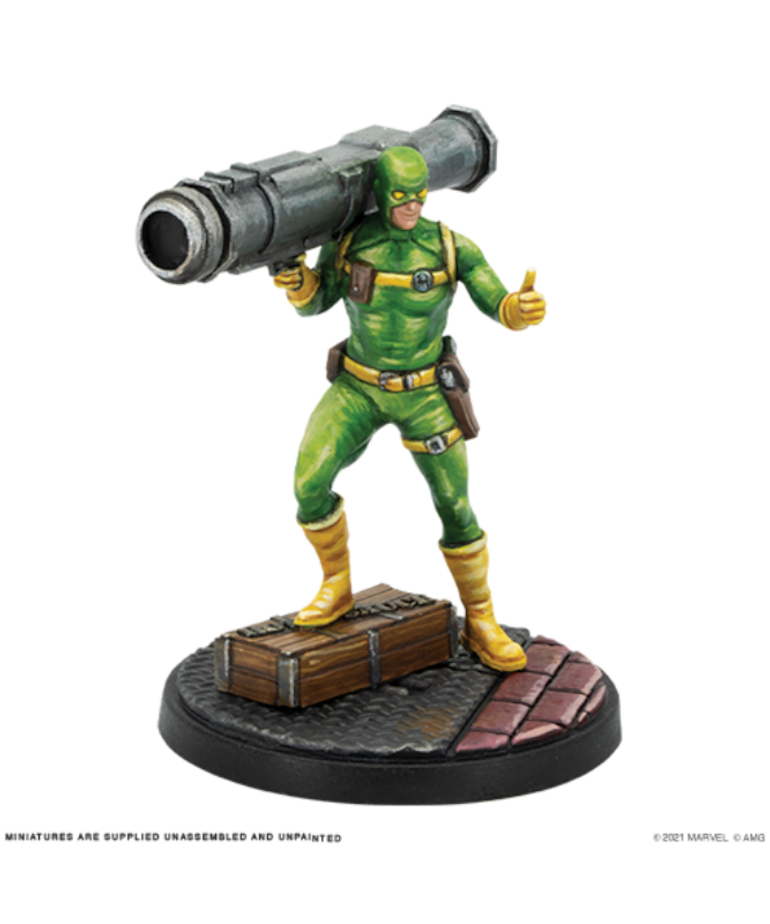 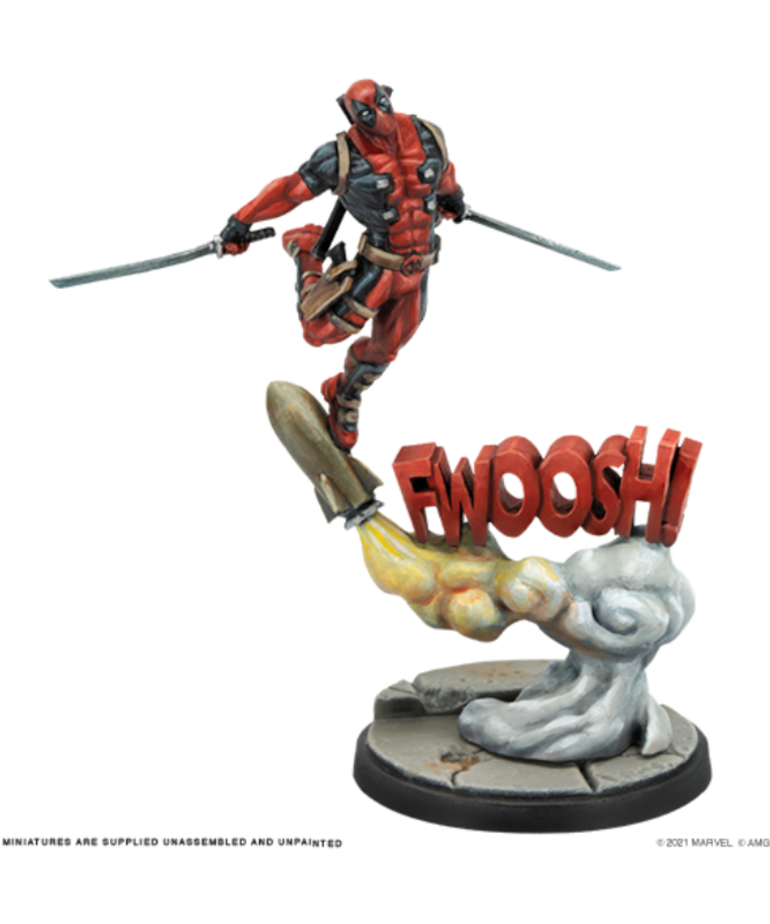 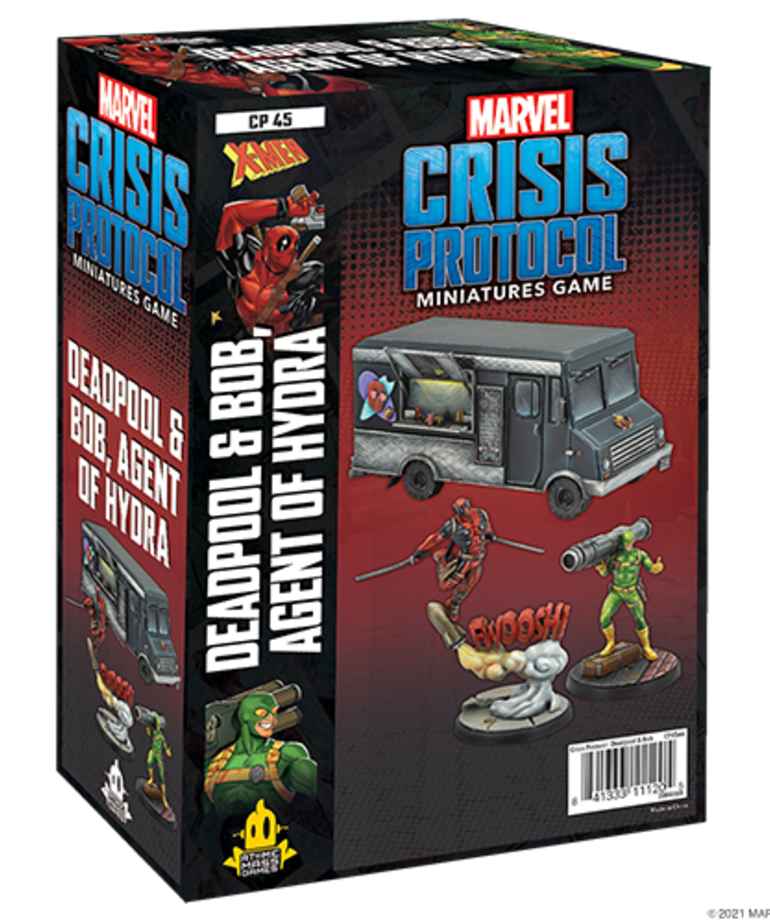 0 reviews
Add your review
Deadpool & Bob, Agent of Hydra is a Character Pack for the miniatures game Marvel: Crisis Protocol by Atomic Mass Games with the item number CP45EN.
7 In Stock
Add to wishlist / Add to compare / Print

Welcome to the Deadpool character pack, brought to you by me: the amazing Deadpool! Once terminal cancer patient Wade Wilson, I, the aforementioned Wade Wilson, was transformed into the incredible superpowered hero Deadpool! Thanks to the nerds at the Weapon X program, I was granted an off-the-charts healing factor which allows me to recover from even the most gruesome “for the love of all that’s holy, look away Timmy!” injuries. I’m also basically a ninja–expert marksman, a master in multiple martial arts (including the deadliest of all, Karate), and I speak, like, nine languages. But my greatest superpower of all is my dazzling wit and immeasurable charm. Though teams like the X-Men and Avengers would literally kill to have someone like me on their roster, I, the aforementioned Wade Wilson, a.k.a. Deadpool, remain los lobos–a lone wolf who hunts the moonlight desert in search of the only meal that will satisfy my endless hunger–justice! Also, they haven’t been returning any of my calls or emails…

A cowardly young man, Bob was persuaded to join the criminal organization Hydra by his wife, who accused him of not being able to hold down a steady job. The thought of a stable career with a dental plan also appealed to Bob, though he was ultimately disappointed to find out that Hydra does not, in fact, offer full dental like A.I.M. Bob’s life was forever changed when he met Deadpool during the Merc with a Mouth’s assault on his outpost. Deadpool convinced Bob to assist him with his mission and the two became lifelong partners. These days the H on Bob’s chest no longer stands for Hydra but Hero!