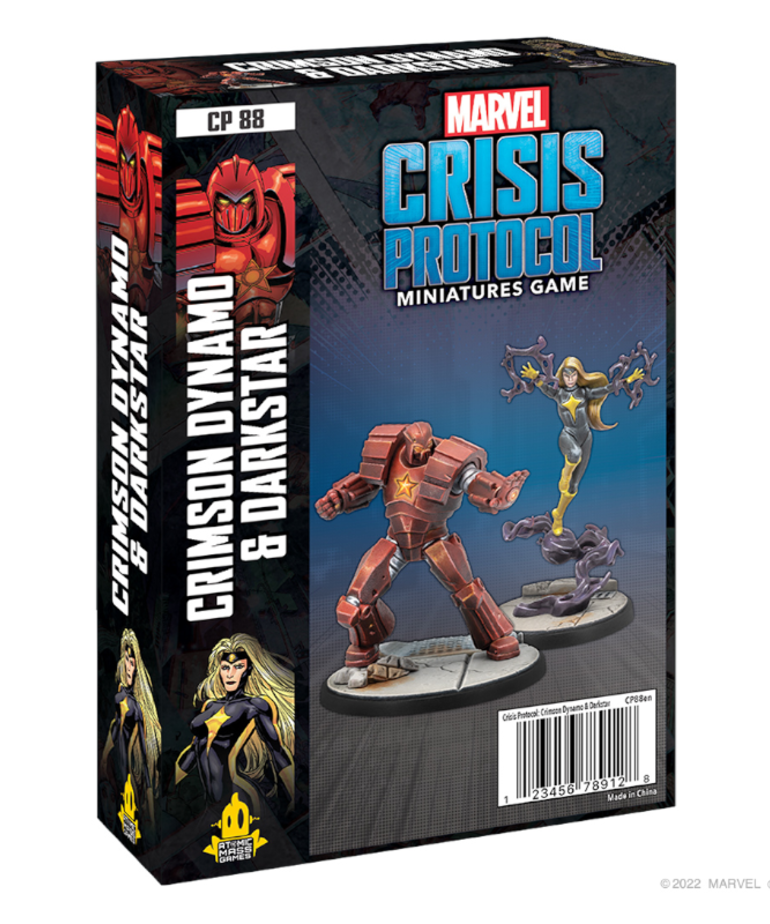 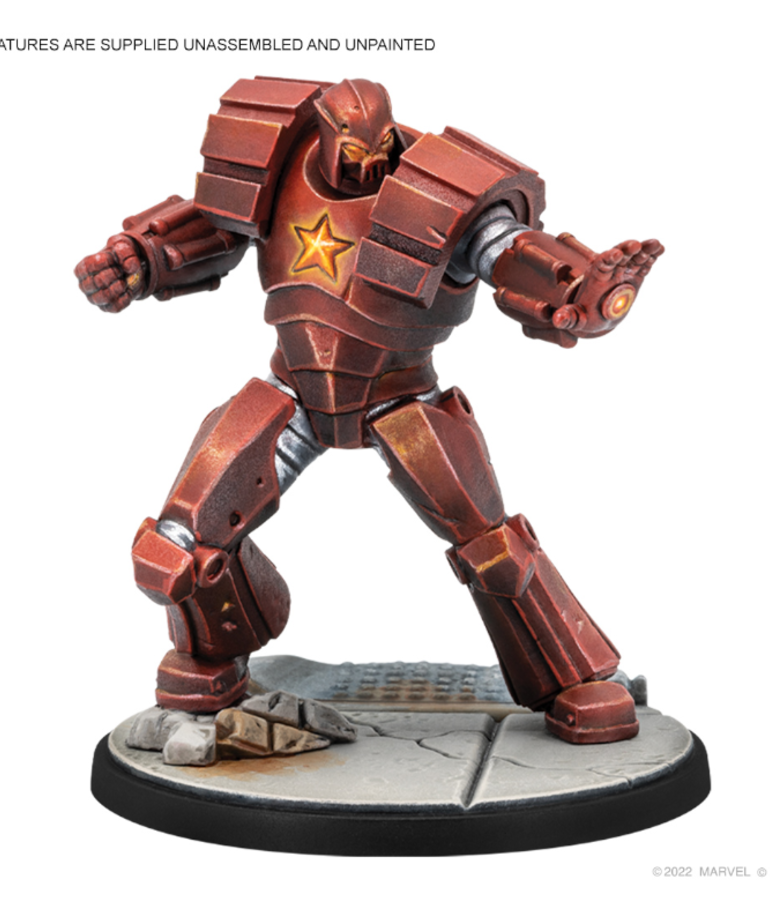 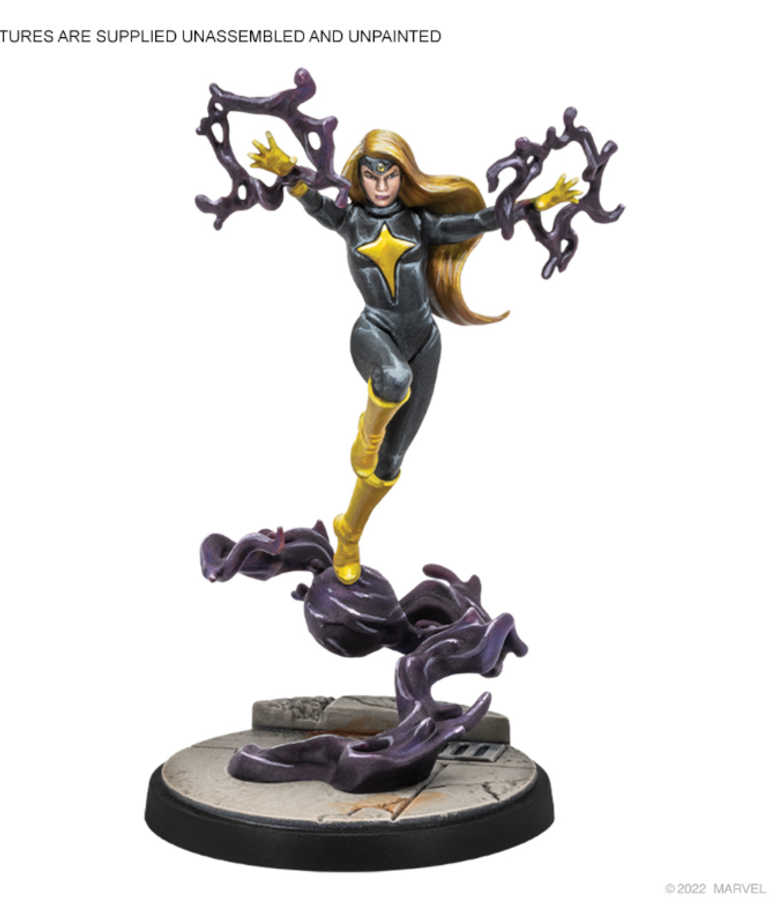 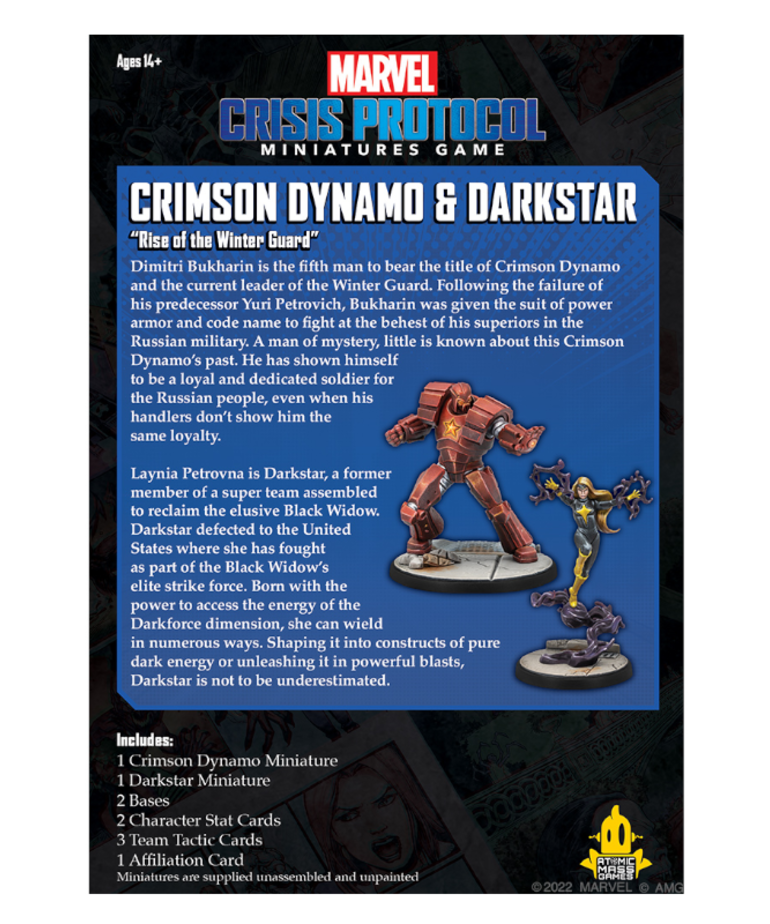 Dimitri Bukharin is the fifth man to bear the title of Crimson Dynamo and the current leader of the Winter Guard. Following the failure of his predecessor Yuri Petrovich, Bukharin was given the suit of power armor and code name to fight at the behest of his superiors in the Russian military. A man of mystery, little is known about this Crimson Dynamo's past. He has shown himself to be a loyal and dedicated soldier for the Russian people, when when his handlers don't show him the same loyalty.

Laynia Petrovna is a Darkstar, a former member of a super team assembled to reclaim the elusive Black Widow. Darkstar defected to the United States where she has fought as part of the Black Widow's elite strike force. Born with the power to access the energy of the Darkforce dimension, she can wield in numerous ways. Shaping it into constructs of pure dark energy or unleashing it in powerful blasts, Darkstar is not to be underestimated.