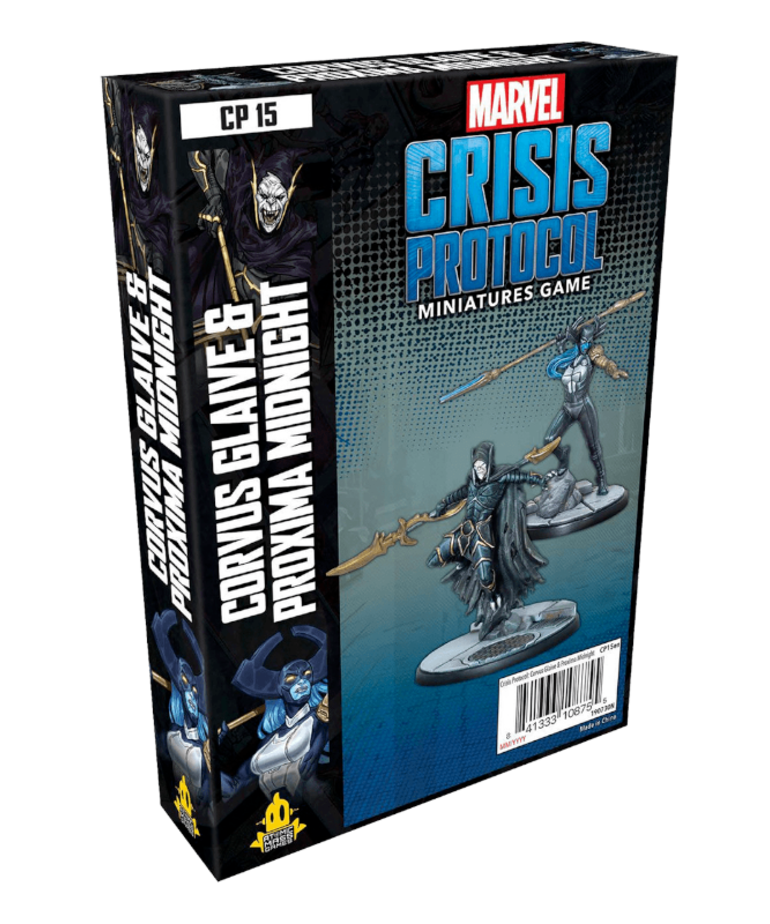 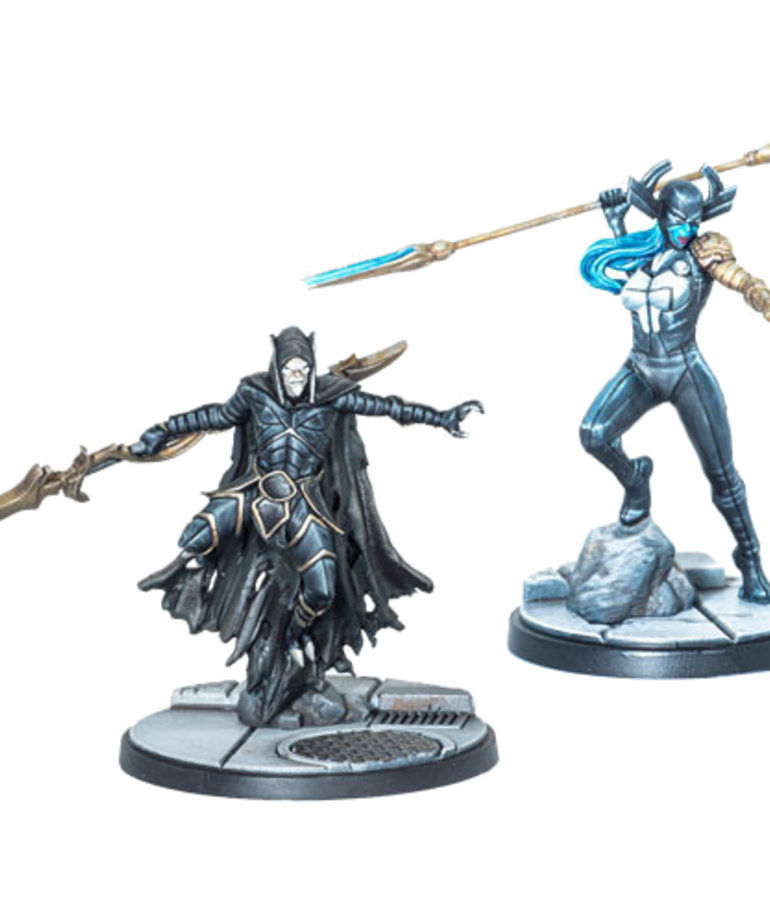 0 reviews
Add your review
- Corvus Glaive and Proxima Midnight are two of the most dangerous members of the Black Order - especially when working together.
- As part of the Black Order they bring powerful Team Tactic card options showing ferocity and technical acumen.
6 In Stock
Add to wishlist / Add to compare / Print

Devoted members of Thanos’ Black Order, the husband and wife team of Corvus Glaive and Proxima Midnight have terrorized the galaxy in service to their dark master. Proxima Midnight takes great pleasure in testing herself in battle, relying on her inhuman speed, strength, and agility and her spear, which houses a star trapped in a quantum singularity. Cunning and utterly ruthless, Corvus Glaive serves as the general of the Black Order and Thanos’ right hand. Armed with his signature glaive, which grants him the power of immortality and can slice through any known substance with ease, Corvus is rightly feared by all.