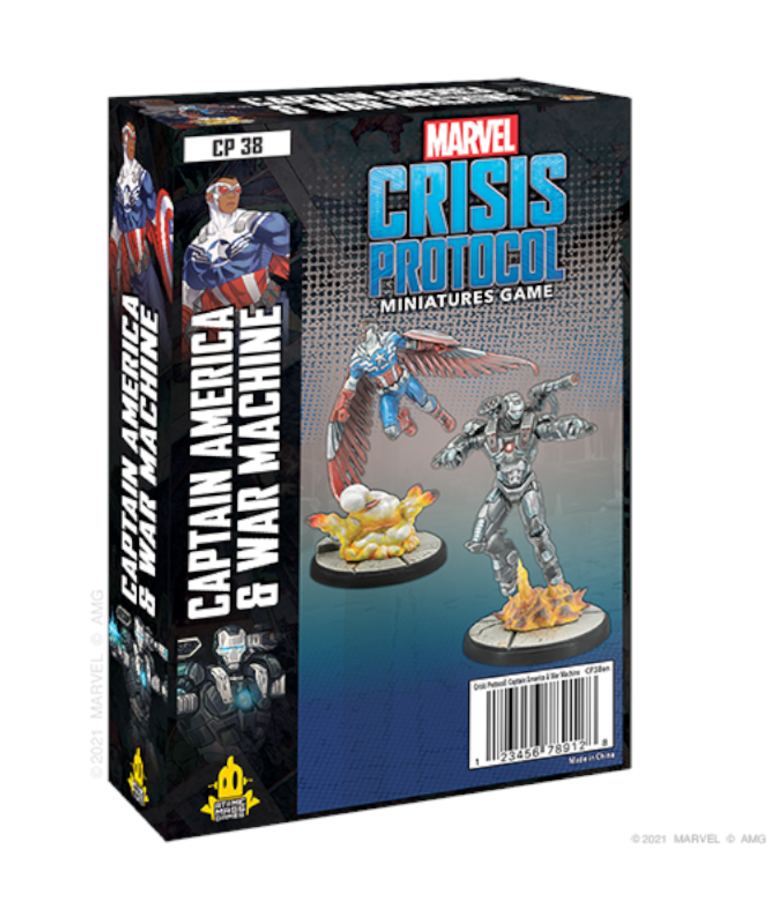 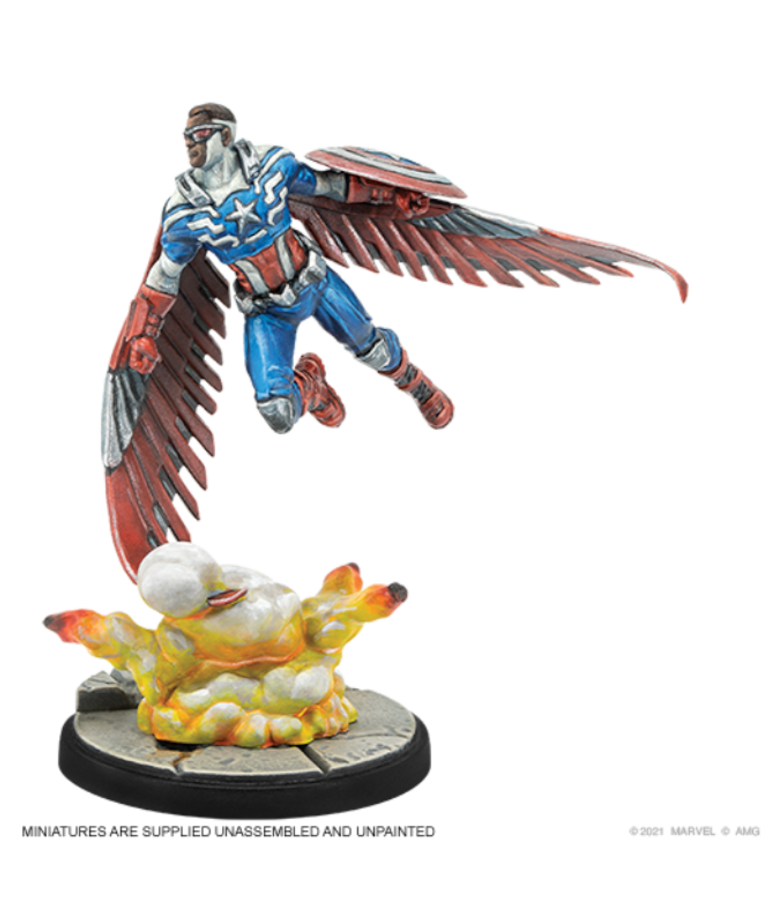 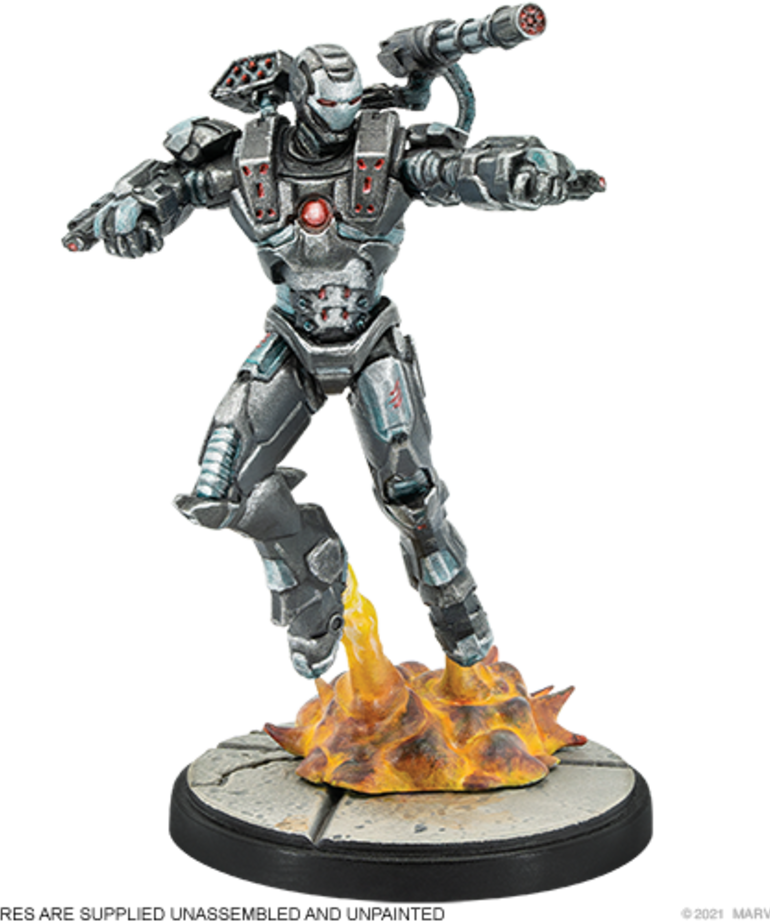 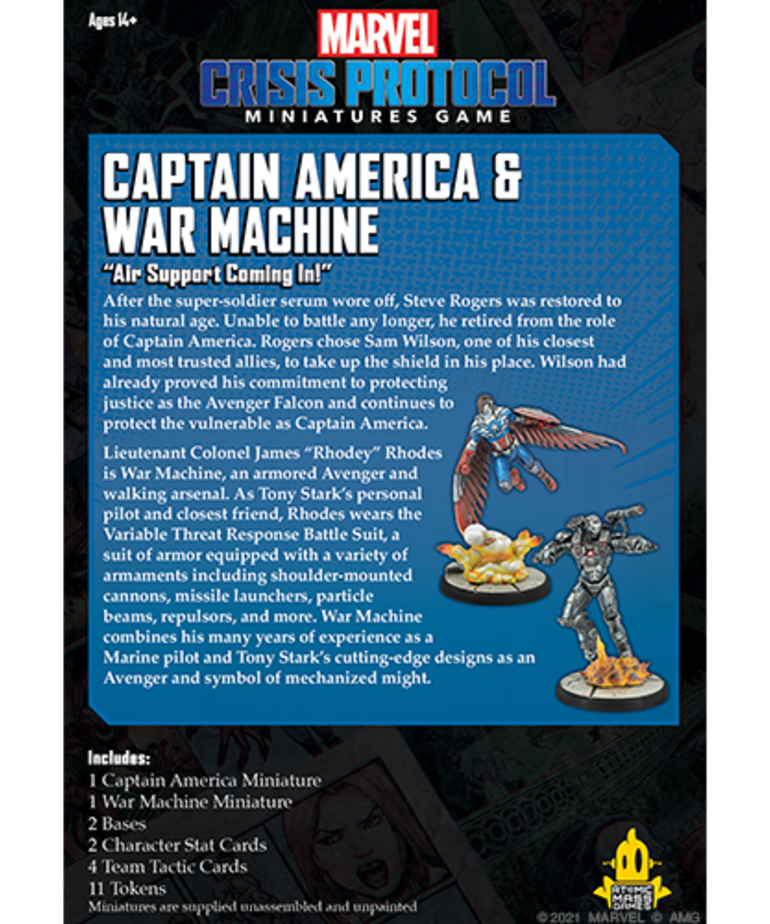 0 reviews
Add your review
- After the super-soldier serum wore off, Steve Rogers was restored to his natural age.
- Lieutenant Colonel James “Rhodey” Rhodes is War Machine, an armored Avenger and walking arsenal.
12 In Stock
Add to wishlist / Add to compare / Print

After the super-soldier serum wore off, Steve Rogers was restored to his natural age. Unable to battle any longer, he retired from the role of Captain America. Rogers chose Sam Wilson, one of his closest and most trusted allies, to take up the shield in his place. Wilson had already proved his commitment to protecting justice as the Avenger Falcon and continues to protect the vulnerable as Captain America.

Lieutenant Colonel James “Rhodey” Rhodes is War Machine, an armored Avenger and walking arsenal. As Tony Stark’s personal pilot and closest friend, Rhodes wears the Variable Threat Response Battle Suit, a suit of armor equipped with a variety of armaments including shoulder-mounted cannons, missile launchers, particle beams, repulsors, and more. War Machine combines his many years of experience as a Marine pilot and Tony Stark’s cutting-edge designs as an Avenger and symbol of mechanized might.