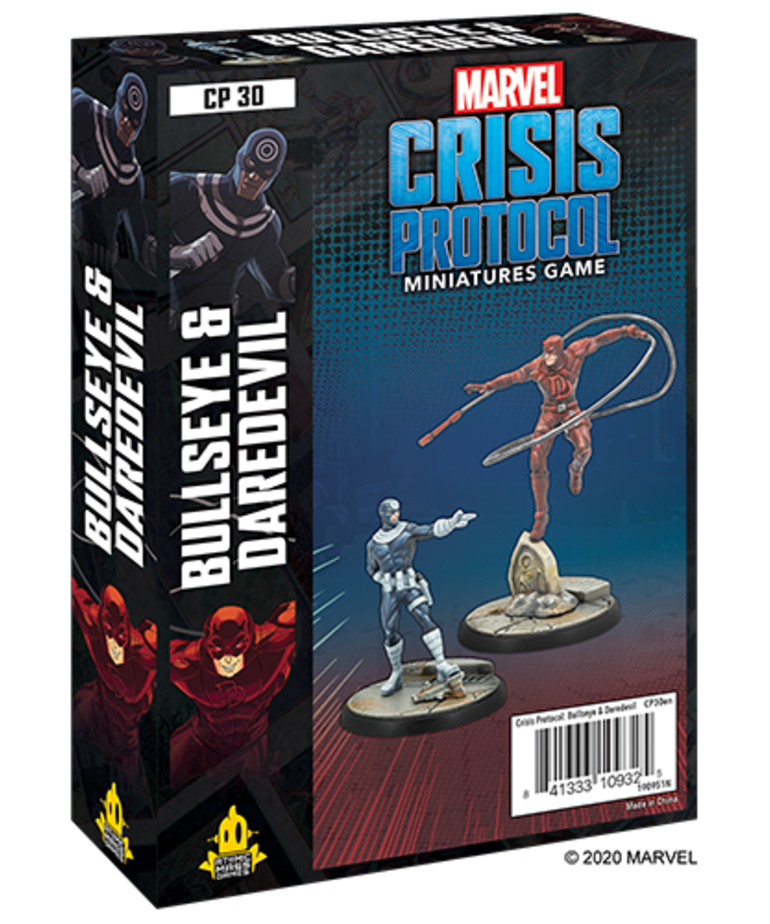 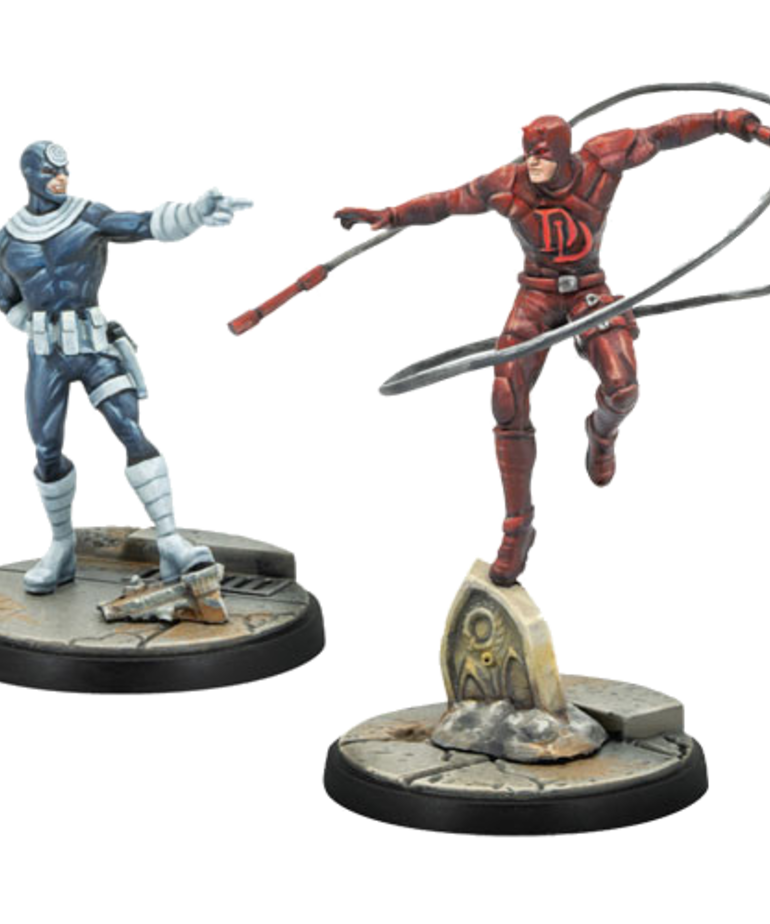 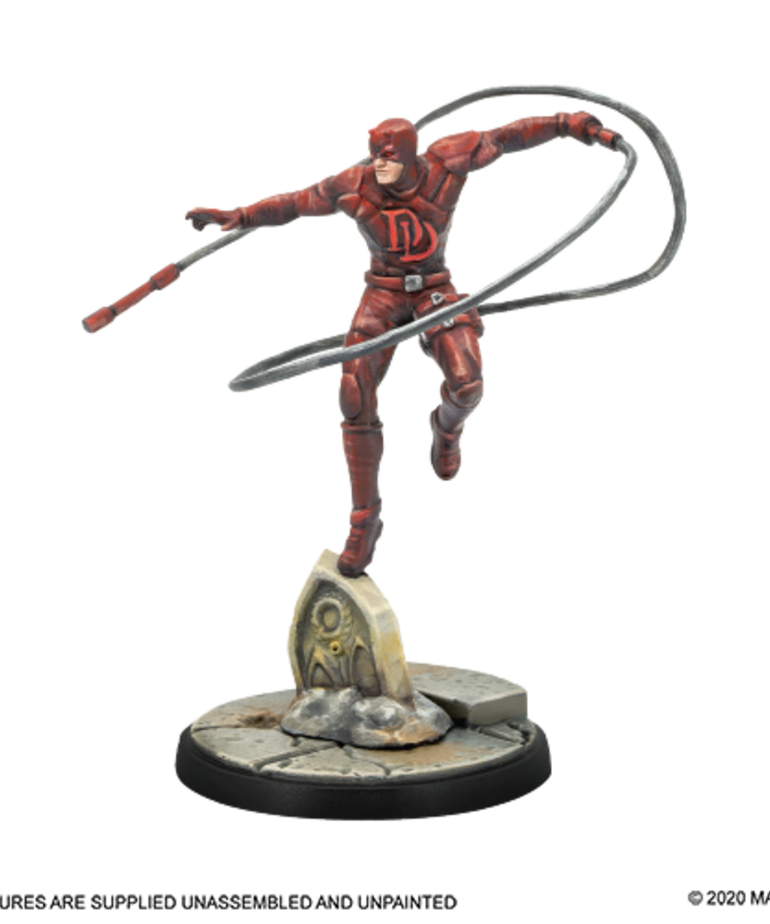 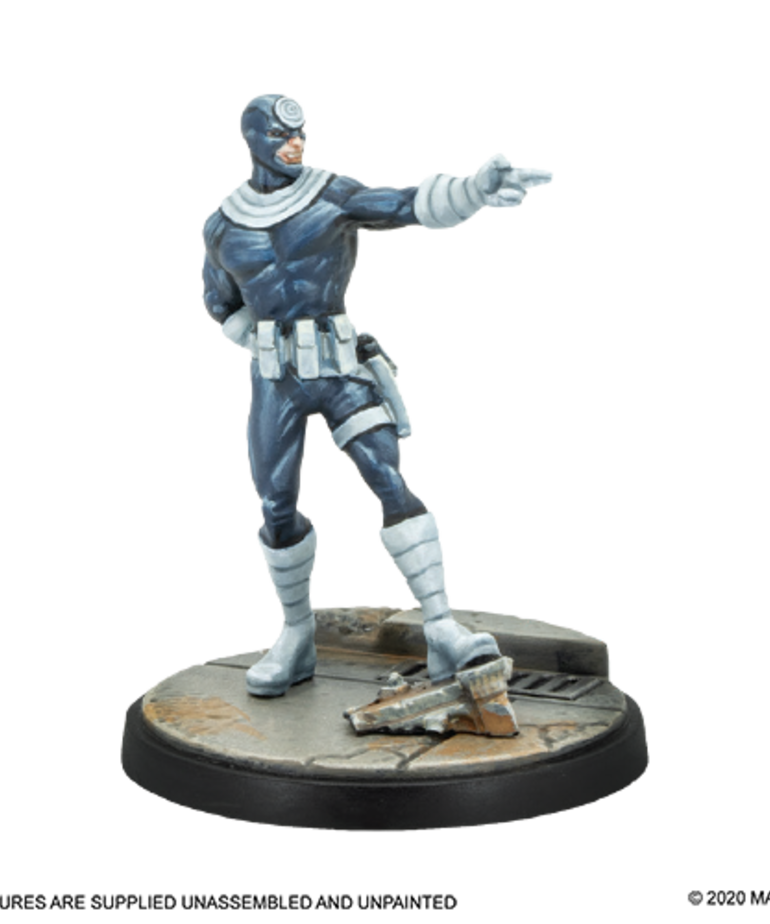 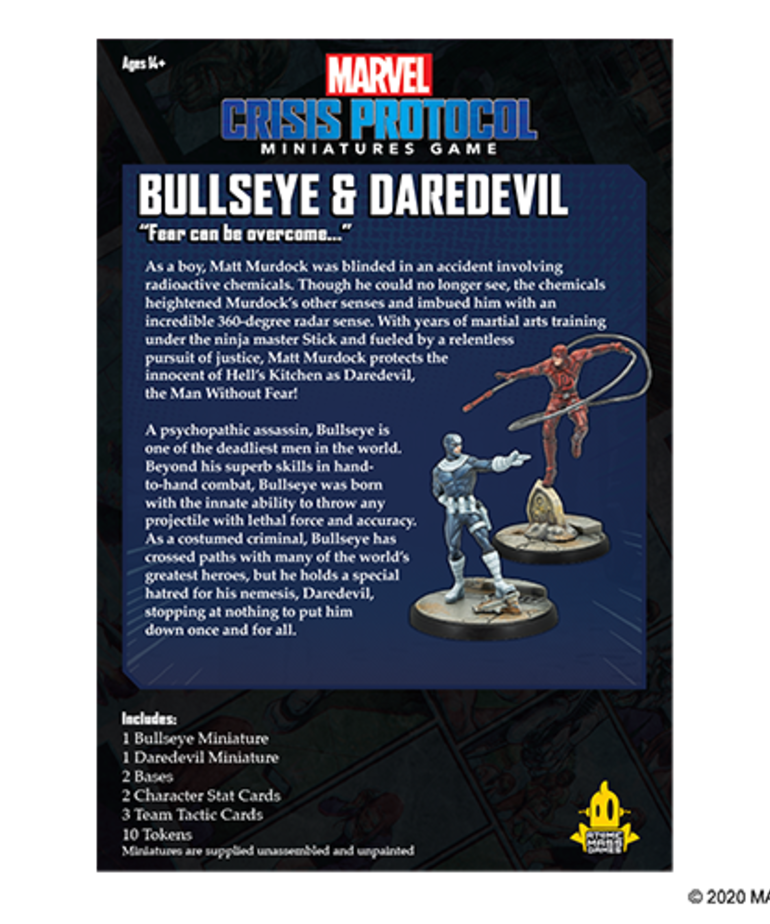 As a boy, Matt Murdock was blinded in an accident involving radioactive chemicals. Though he could no longer see, the chemicals heightened Murdock's other senses and imbued him with an incredible 360-degree radar sense. With years of martial arts training under the ninja master Stick and fueled by a relentless pursuit of justice, Matt Murdock protects the innocent of Hell's Kitchen as Daredevil, the Man Without Fear!

A psychopathic assassin, Bullseye is one of the deadliest men in the world. Beyond his superb skills in hand-to-hand combat, Bullseye was born with the innate ability to throw any projectile with lethal force and accuracy. As a costumed criminal, Bullseye has crossed paths with many of the world's greatest heroes, but he holds a special hatred for his nemesis, Daredevil, stopping at nothing to put him down once and for all.