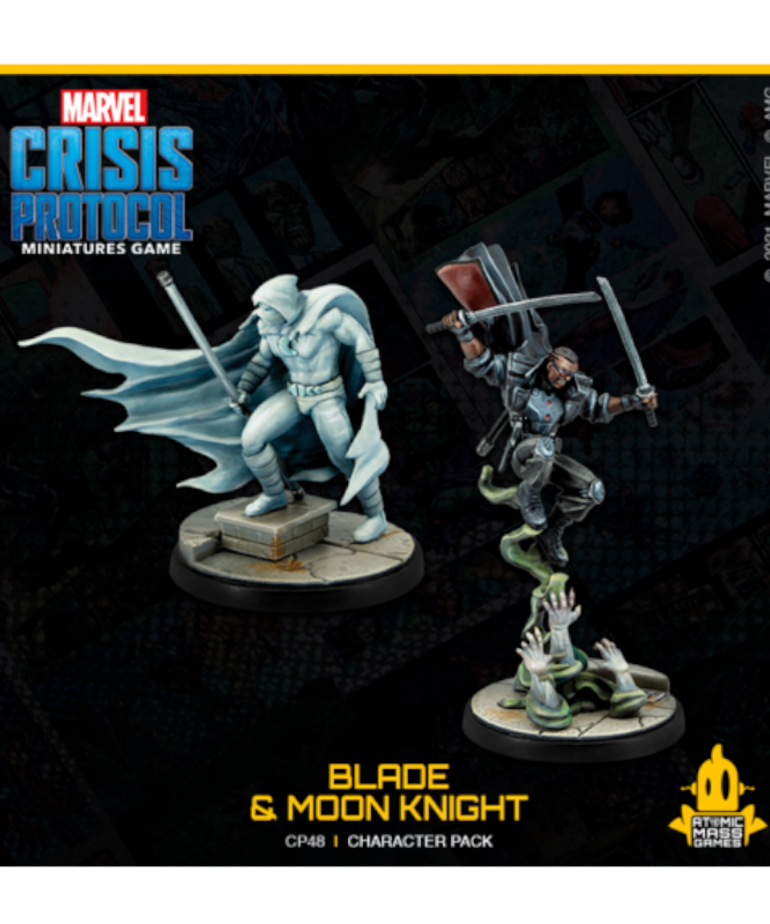 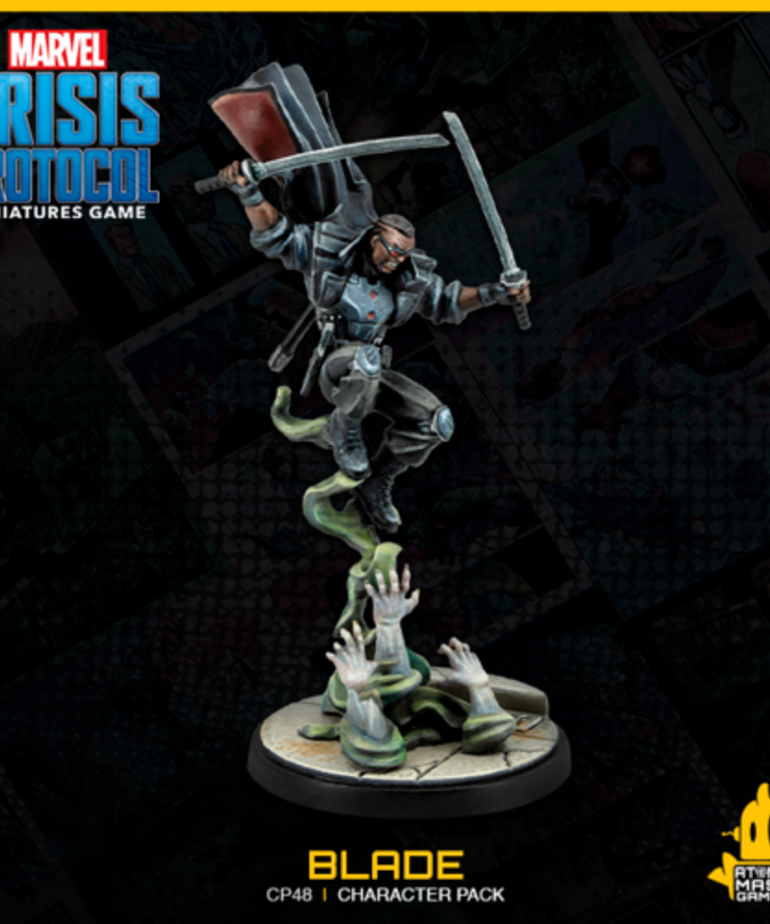 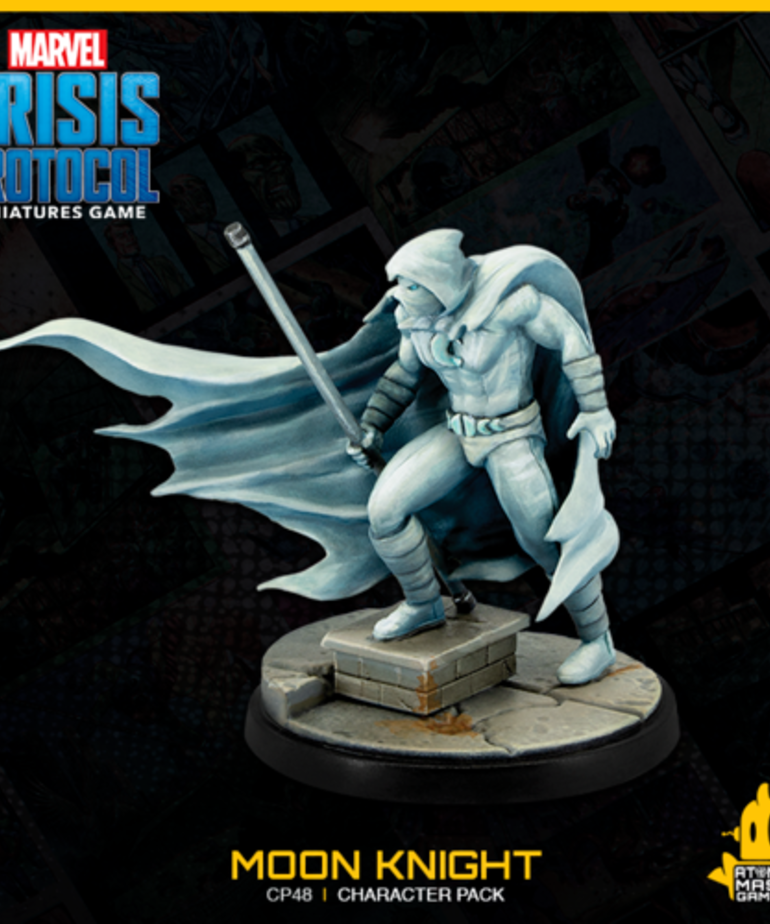 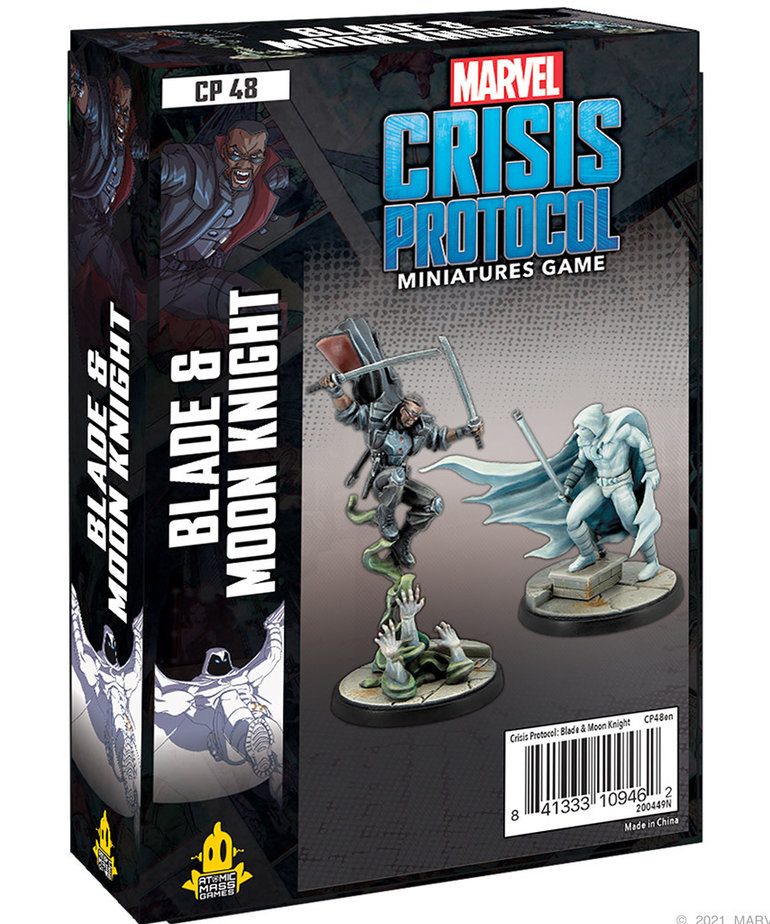 0 reviews
Add your review
Blade & Moon Knight is a Character Pack for the miniatures game Marvel: Crisis Protocol by Atomic Mass Games with the item number CP48EN.
20+ In Stock
Add to wishlist / Add to compare / Print

Born while the vampire Deacon Frost fed on his mother, Eric Brooks had a portion of the vampiric condition passed on to him. He uses the abilities of this infection to destroy vampires as Blade, a super-powered hunter who possesses the strengths of vampire kind while having none of their weaknesses.

Marc Spector is Moon Knight, the “Fist of Khonshu.” On an archaeological expedition in Egypt, Spector uncovered a temple to the ancient Moon God, Khonshu. Betrayed and left for dead, the god gave Spector a second chance at life as Moon Knight, a supernatural crime-fighter with powers tied into the cycles of the moon.