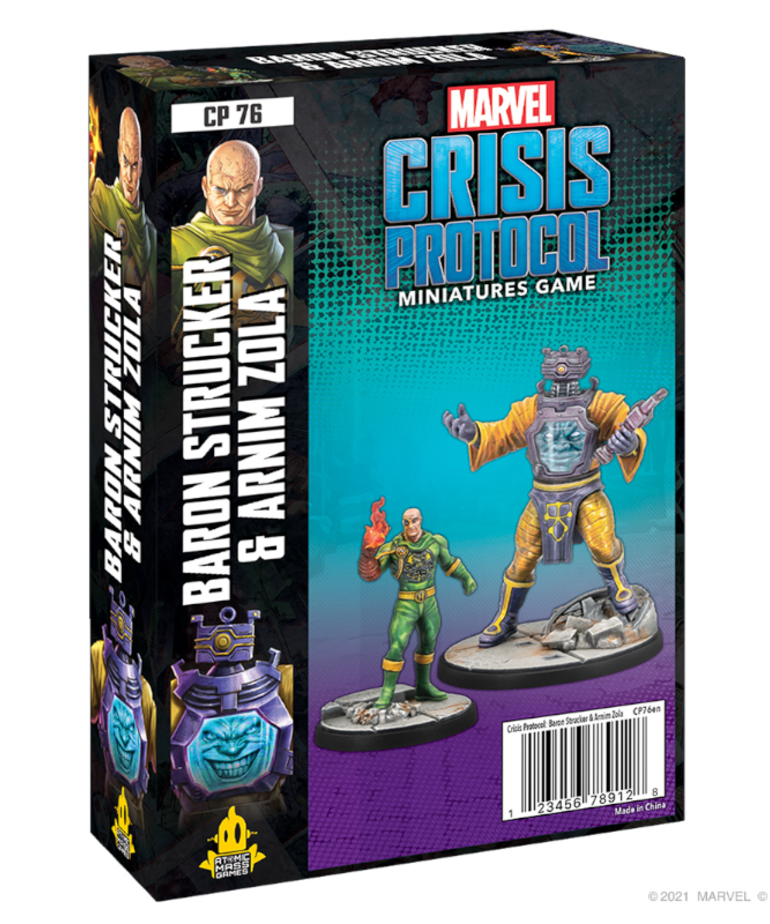 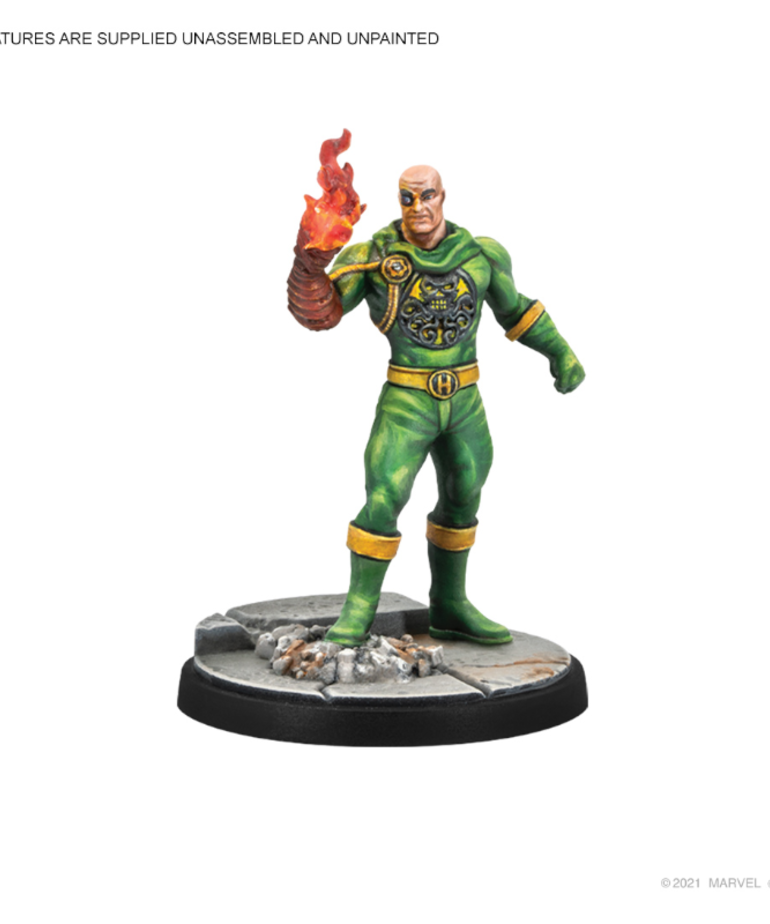 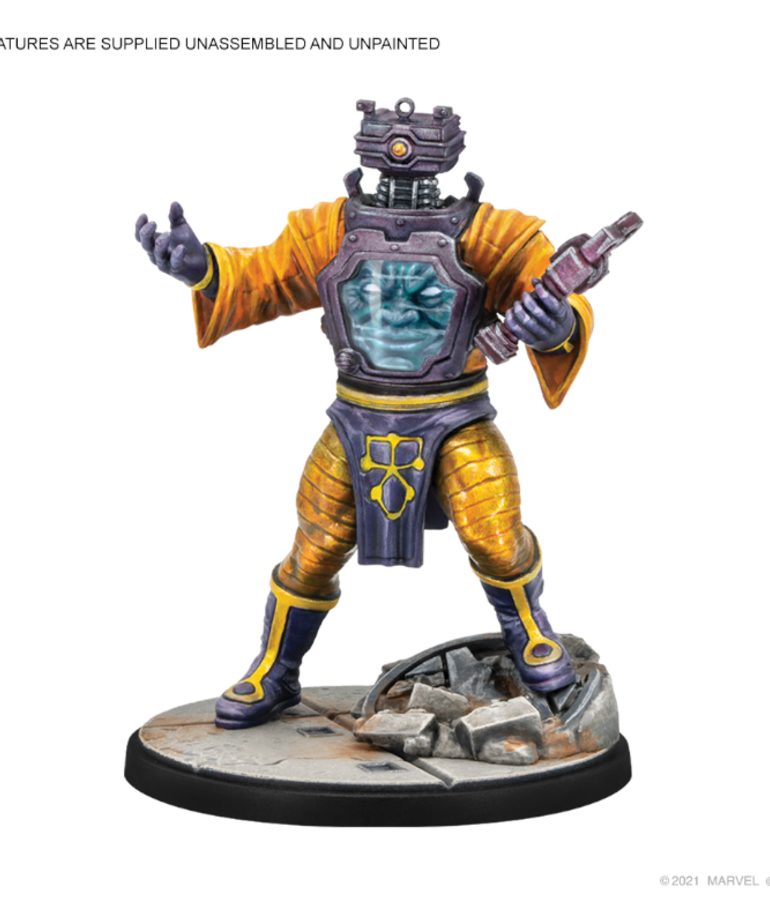 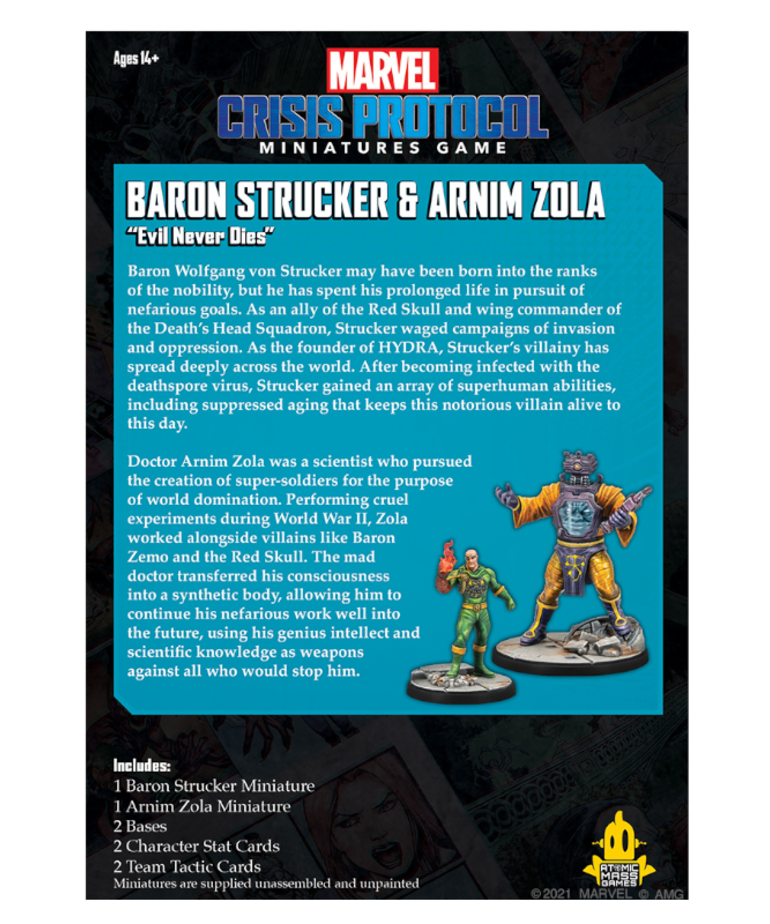 Evil never dies in this new pack for Marvel: Crisis Protocol! Baron Wolfgang von Strucker may have been born into the ranks of the nobility, but he has spent his prolonged life in pursuit of the nefarious goals. As the founder of HYDRA, his villainy has taken root across the world. Meanwhile, Doctor Arnim Zola is a scientist who pursued the creation of super-soldiers for the purpose of world domination. Eventually transferring his consciousness into a synthetic body, he uses his genius intellect and scientific knowledge as weapons against all who would stop him.