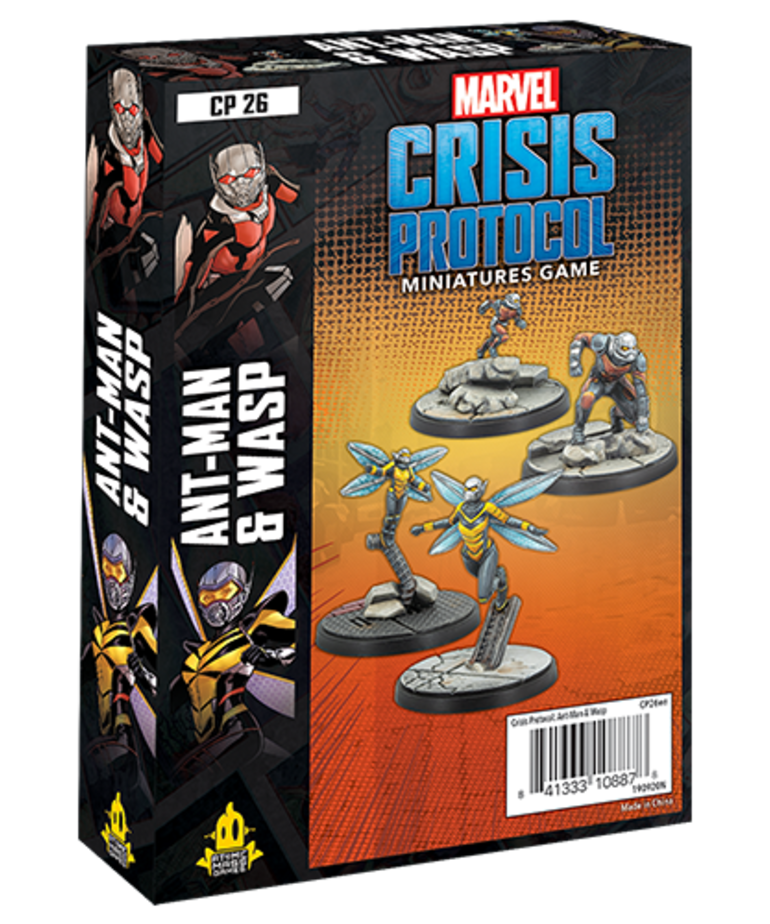 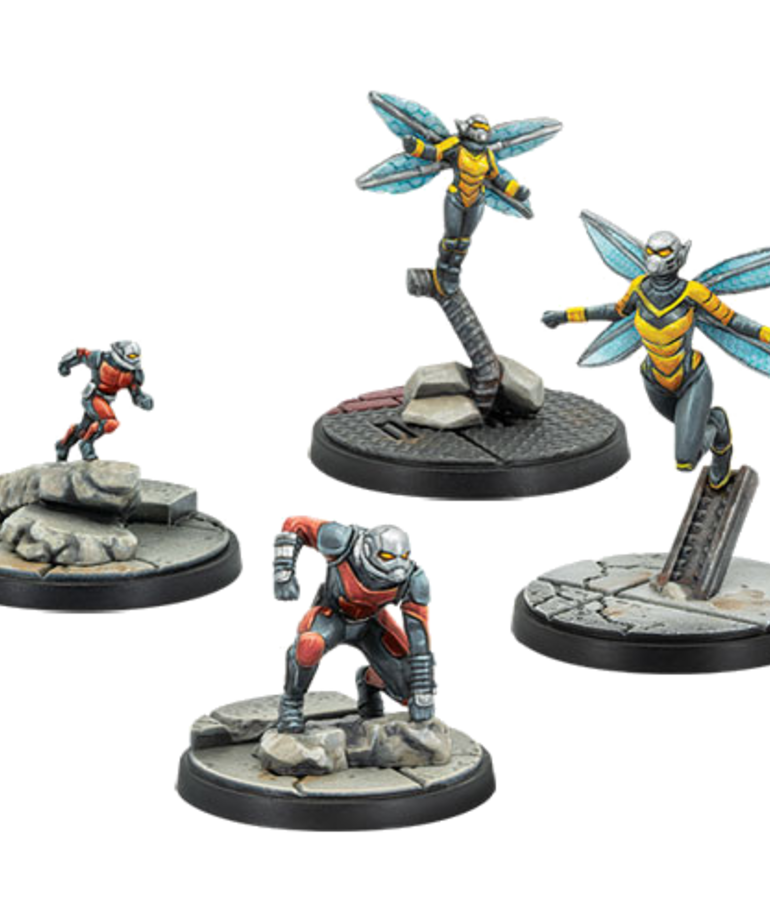 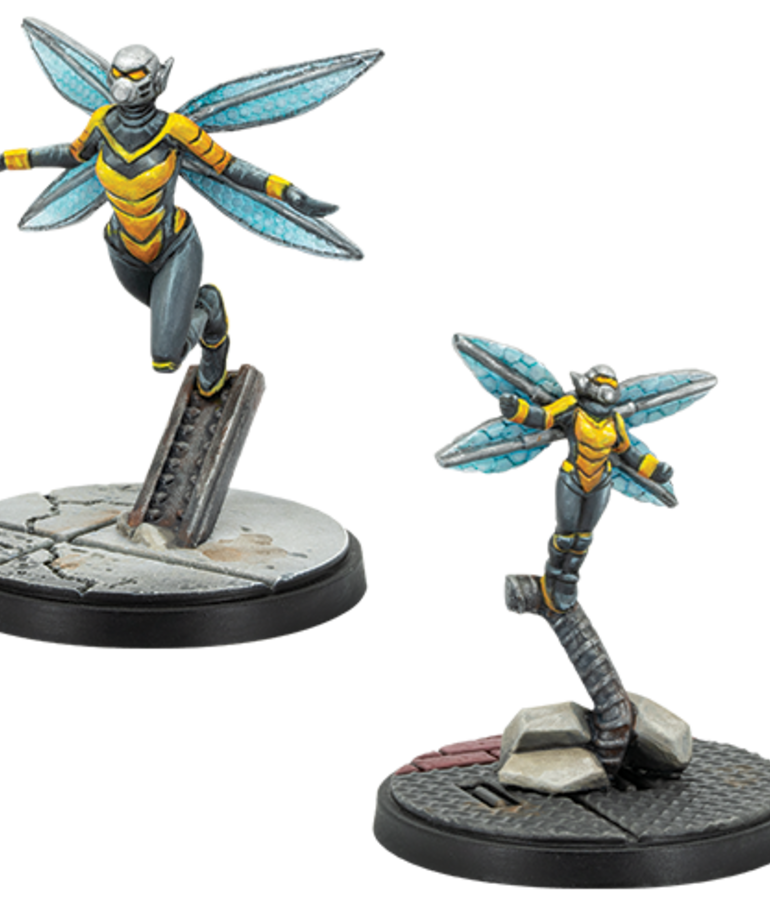 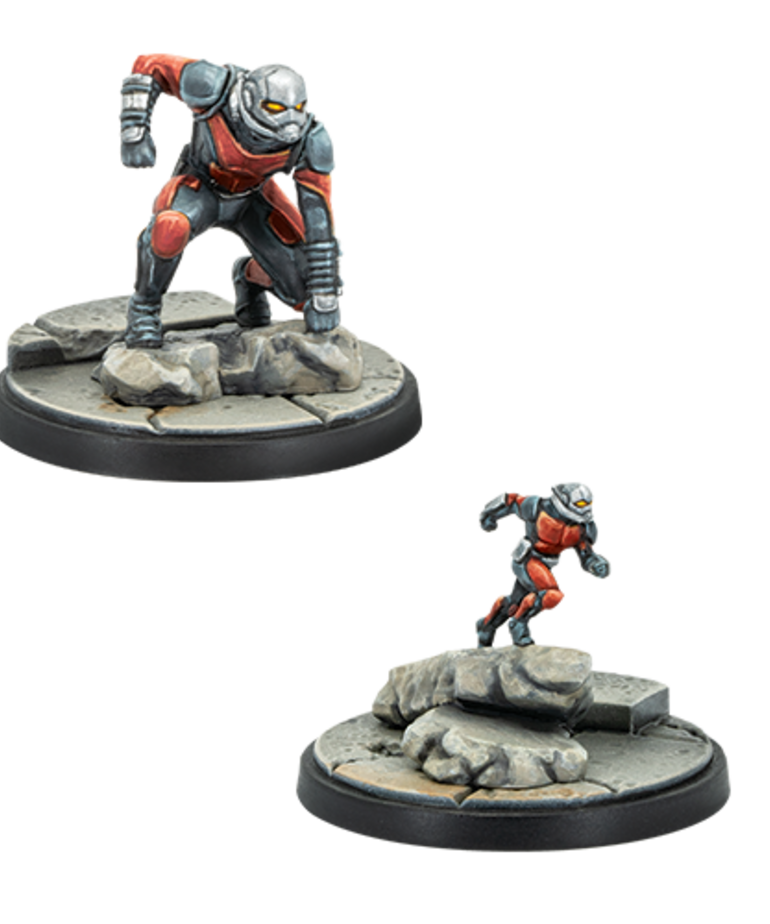 0 reviews
Add your review
- This pack introduces Fan-Favorites Ant-Man and Wasp to Marvel: Crisis Protocol
- Includes rules and miniatures for both a standard-scale as well as tiny versions of the characters
- These two characters make great additions to the Avengers Affiliation
Add to wishlist / Add to compare / Print

A good man with a criminal past, when Scott Lang broke into the home of the original Ant-Man Hank Pym and made off with Pym’s Ant-Man suit, Lang inadvertantly began down a path that would ultimately see him become one of the world’s foremost heroes. Able to shrink to microscopic sizes thanks to Hank Pym’s signature Pym Particles, Lang is also able to communicate with ants and other insects via the specially designed helmet of the Ant-Man suit. Evil-doers everywhere have plenty of reason to fear the tiny, yet mighty Ant-Man!

A founding member of the Avengers, Janet Van Dyne has earned her place among the ranks of the world’s most beloved and celebrated heroes as the Wasp. Like Ant-Man, Janet is able to alter her size thanks to command over Pym Particles, and also has the ability to generare bio-electric blasts that debilitate and sting her foes, while the wings of her specially designed suit allow her to deftly evade and attack her enemies with ease.