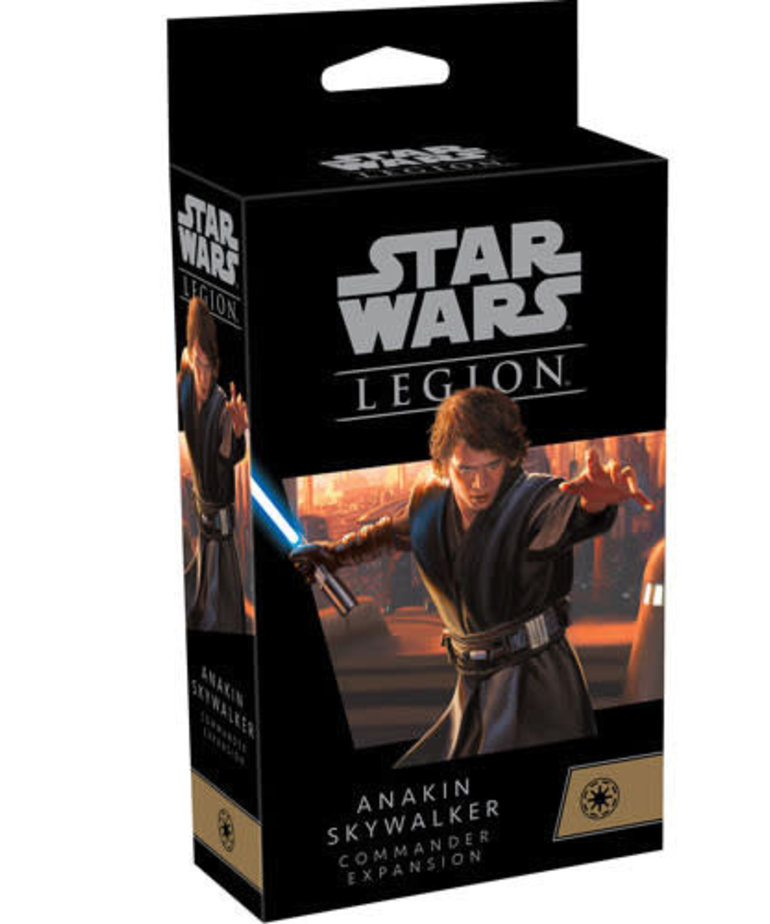 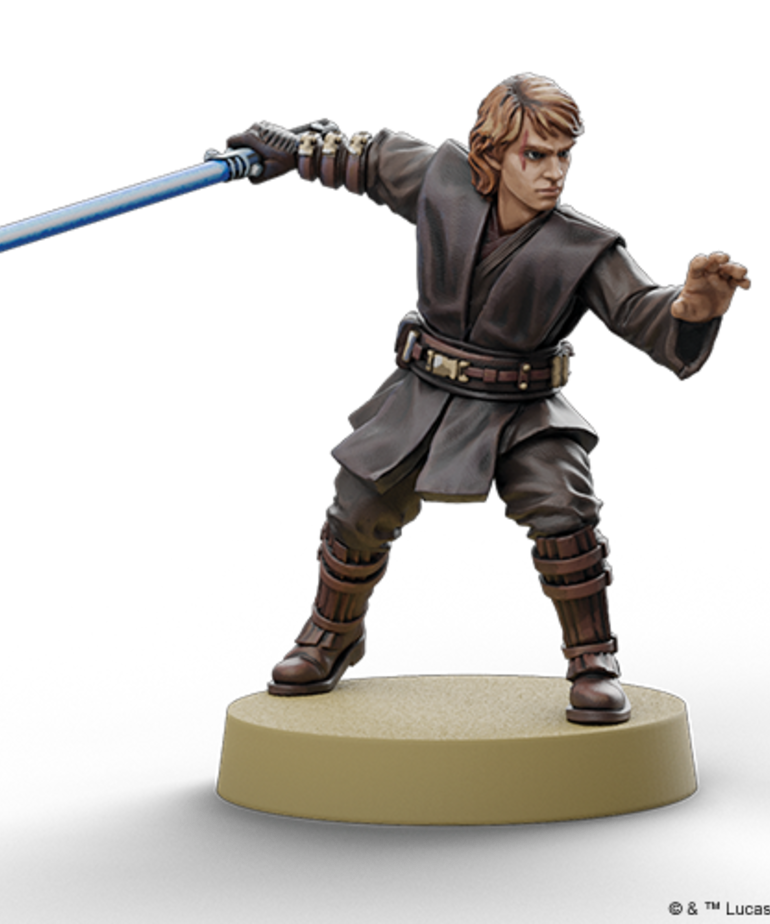 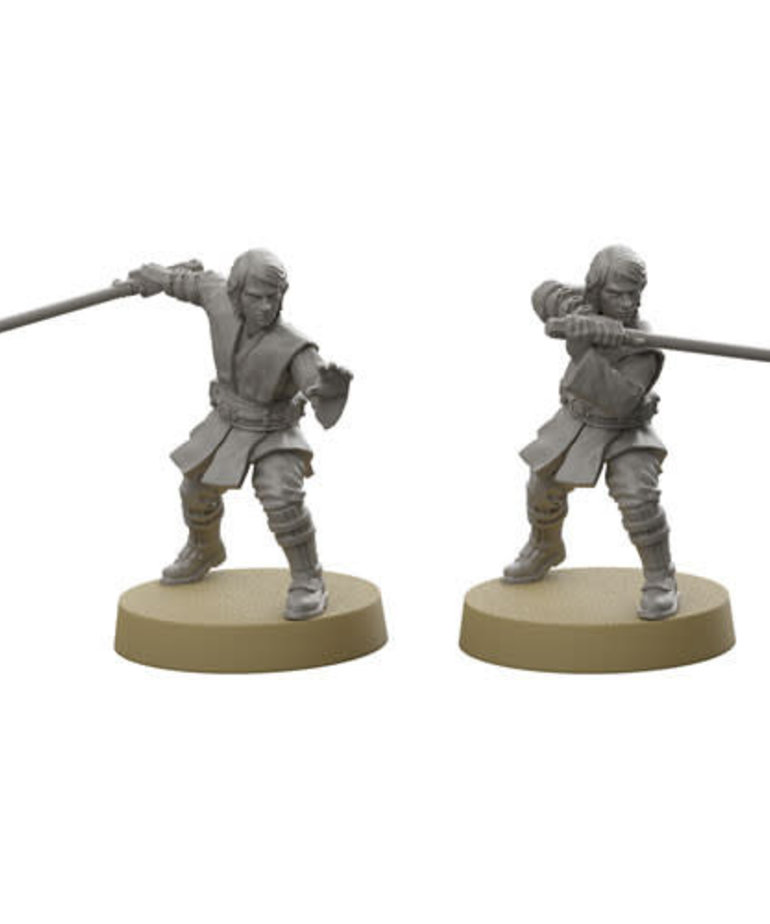 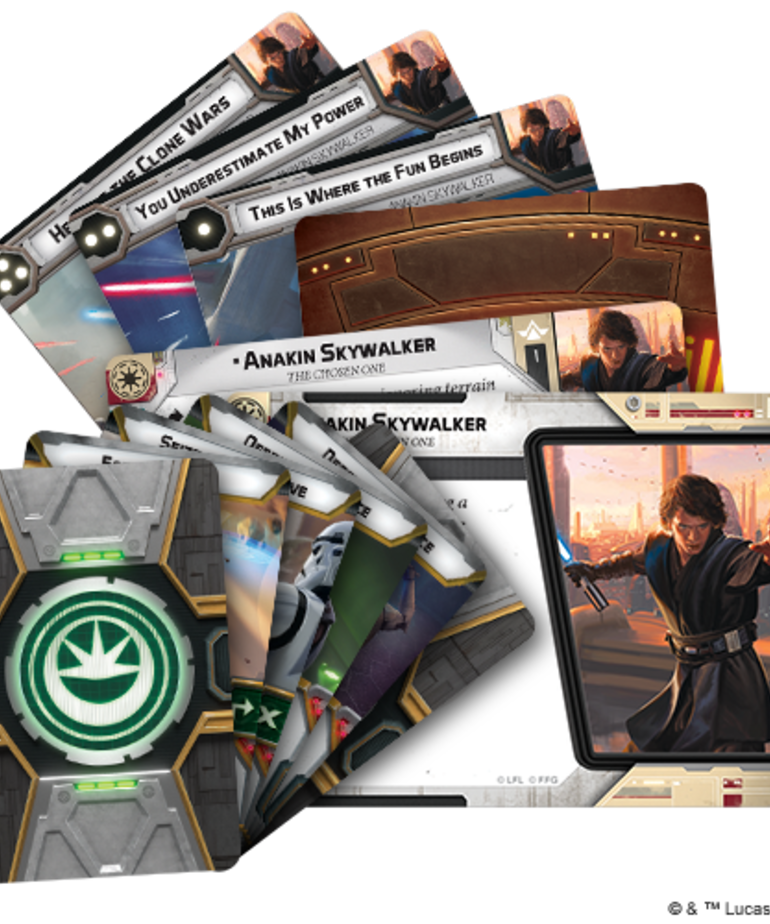 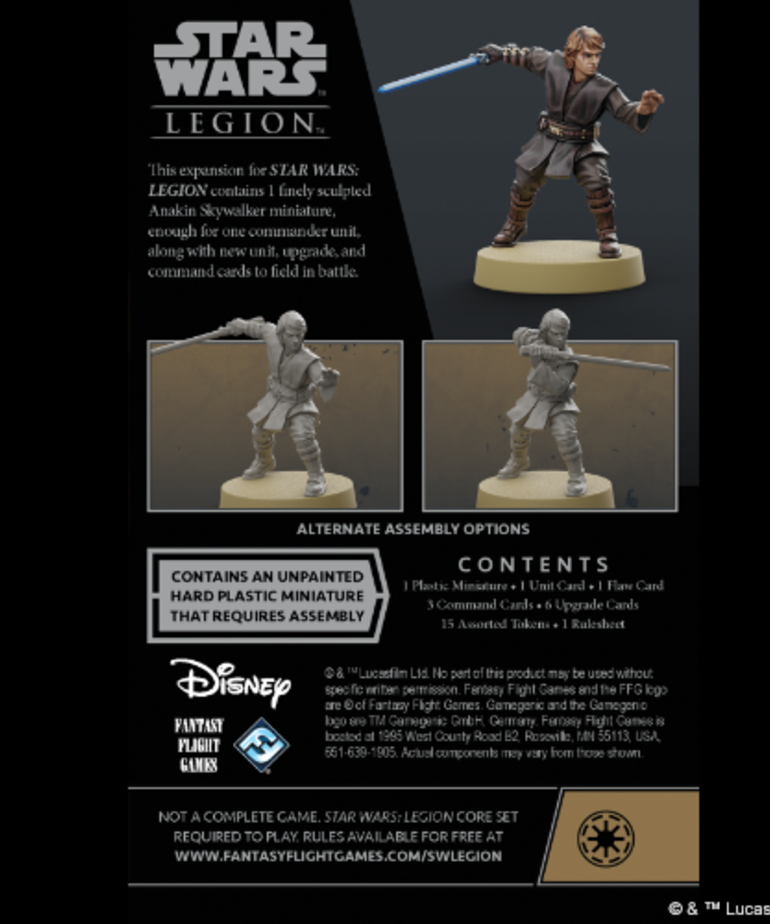 Bring one of the Galactic Republic’s greatest heroes to your armies with the Anakin Skywalker Commander Expansion for Star Wars: Legion! A powerful Jedi Knight, Anakin Skywalker grows stronger with every command card he plays. But this considerable power is not without its price, and Skywalker’s flaws could only further those who work against him.

This expansion contains everything you need to add Anakin Skywalker to your Republic armies, beginning with a beautifully detailed, unpainted miniature that can be assembled in an open stance or with a firm two-handed grip on his lightsaber. This miniature can be further enhanced by Anakin Skywalker’s three signature Command Cards while six upgrade cards let you further
explore his vast potential.