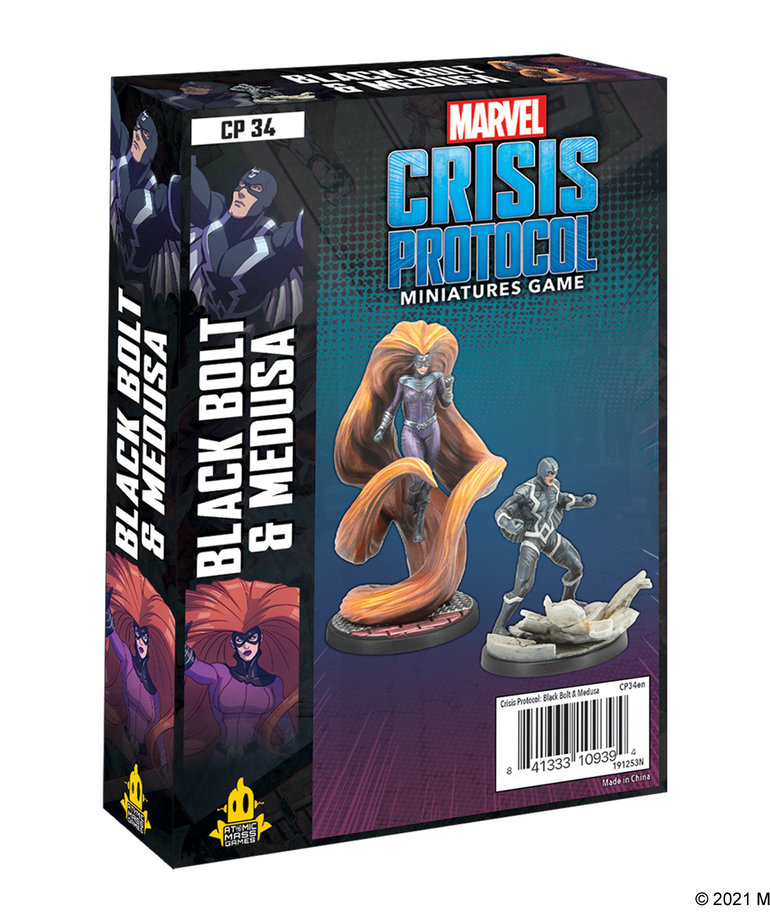 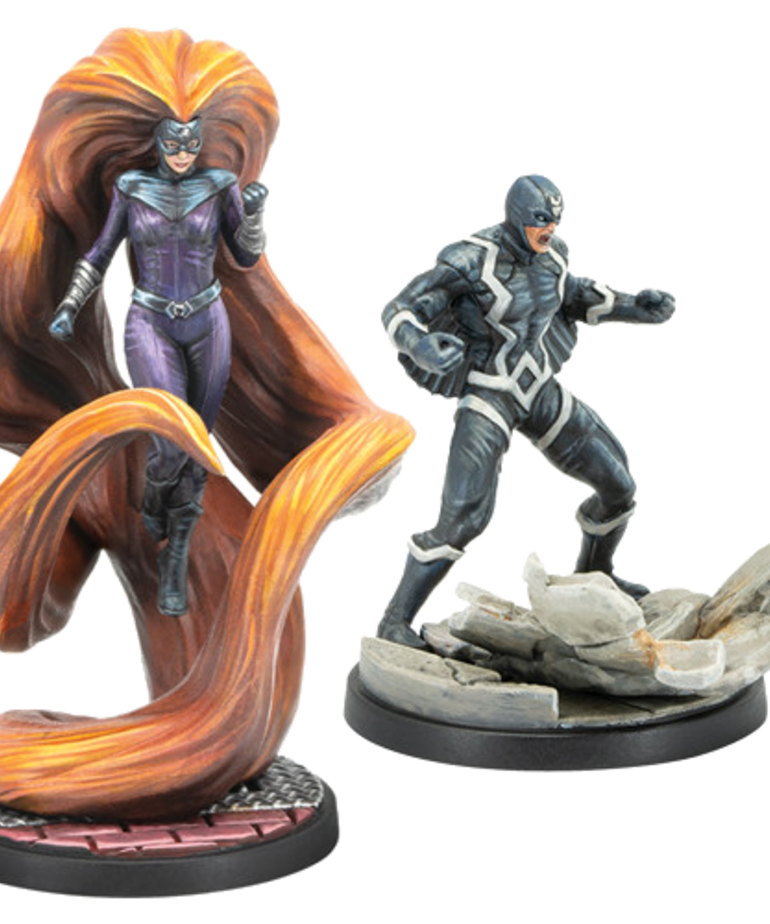 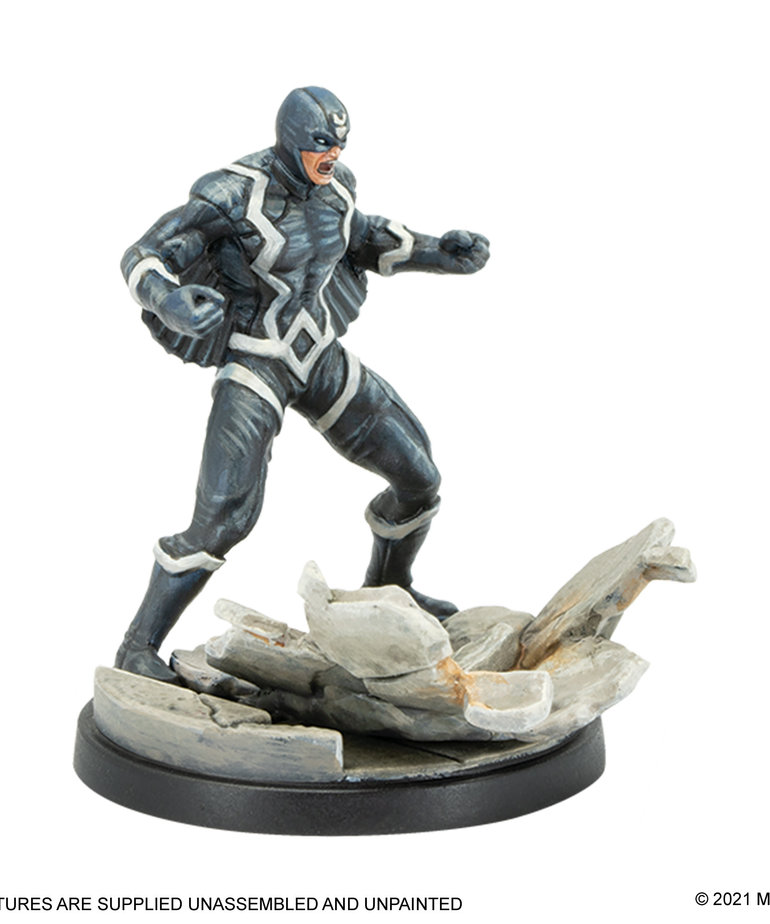 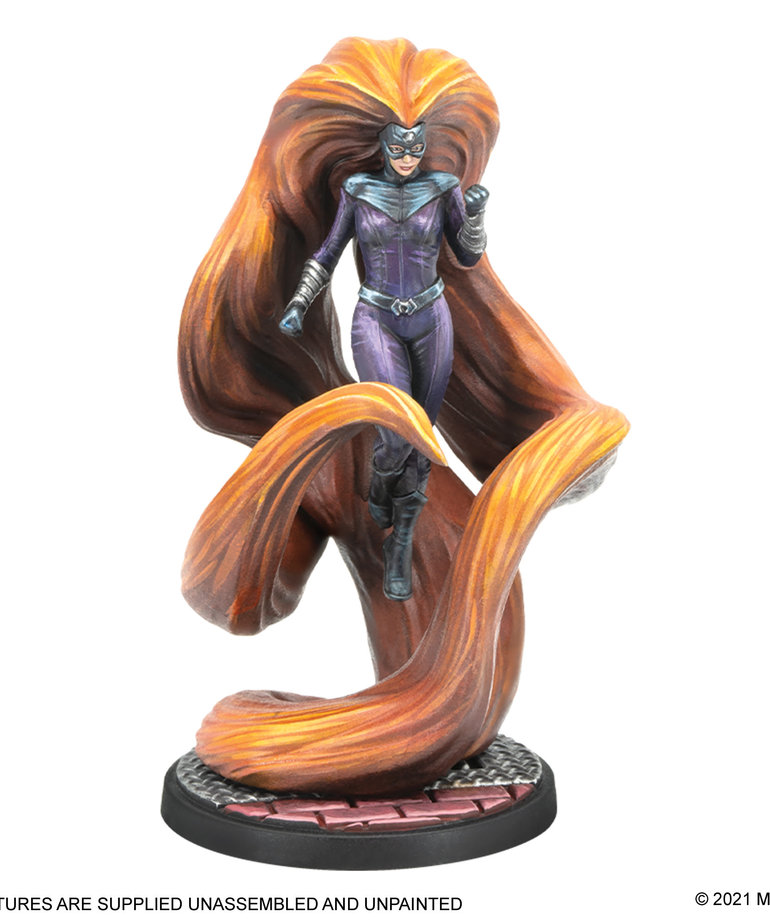 0 reviews
Add your review
Black Bolt and Medusa are miniatures for the Marvel: Crisis Protocol miniatures game by Atomic Mass games with the item number CP34EN.
13 In Stock
Add to wishlist / Add to compare / Print

Blackagar Boltagon, known as Black Bolt, is the king of the Inhumans, a strain of humans genetically engineered by the Kree Empire to be living weapons. With his voice, Black Bolt harness
immense power. When he speaks, he can produce a shockwave able to level a whole city. Even a whisper from Black Bolt renders his enemies feeble and broken. He has endured rigorous
conditioning to control this power, choosing to remain totally silent. Only in defense of his people does Black Bolt unleash this power of his destructive voice.

Medusaligh Amaquelin-Boltagon, or Medusa, is the wife of Black Bolt and queen of the Inhumans. Through exposure to the Terrigen mists, she gained psychokinetic control over her hair. Each strand is stronger than steel and she can manipulate them like an array of countless appendages. She can whip her hair faster than the speed of sound or use it to bind someone in place. Medusa’s control of her hair is so precise that she can use it to perform work as delicate as picking a lock or threading a needle.