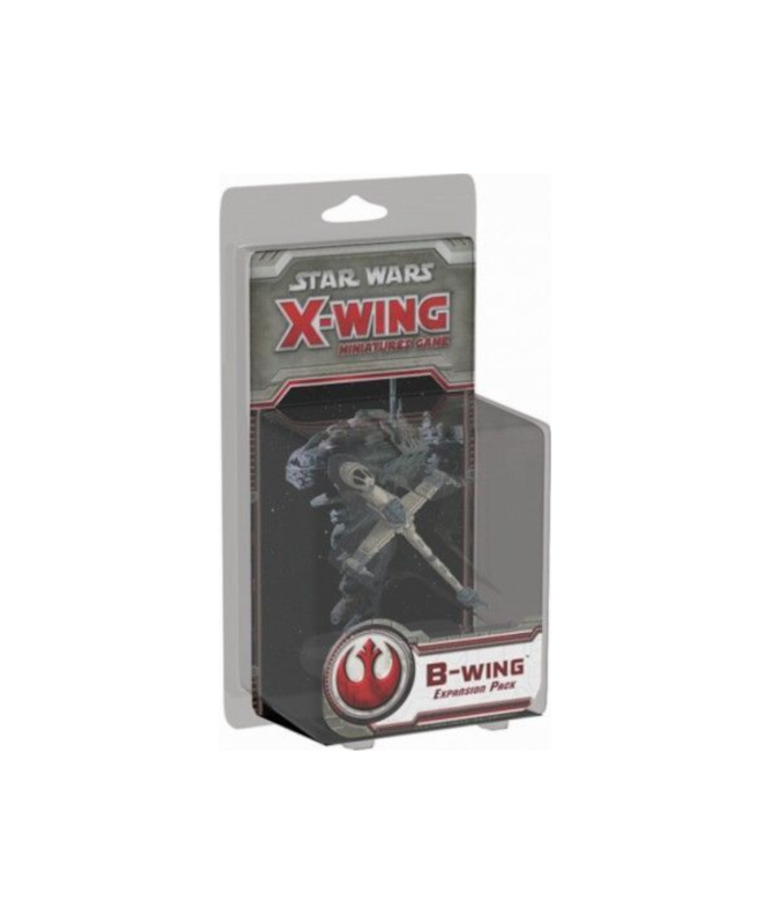 0 reviews
Add your review
- The B-wing’s heavy weapons array and resilient shielding quickly solidified it as the Alliance’s most formidable assault fighter.
0 In Stock
Add to wishlist / Add to compare / Print

Bring the B-wing to your games of X-Wing with the B-Wing Expansion Pack. The B-wing’s heavy weapons array and resilient shielding quickly solidified it as the Alliance’s most formidable assault fighter. Accordingly, the B-Wing Expansion Pack packs a mighty punch! The B-wing can wield as many as two torpedoes, as well as a cannon, and it can be equipped with a system upgrade for precision targeting. The B-Wing Expansion Pack contains a stunning miniature at 1/270 scale, a maneuver dial, all necesssary tokens, four ship cards, and a devastating arsenal of five upgrade cards.