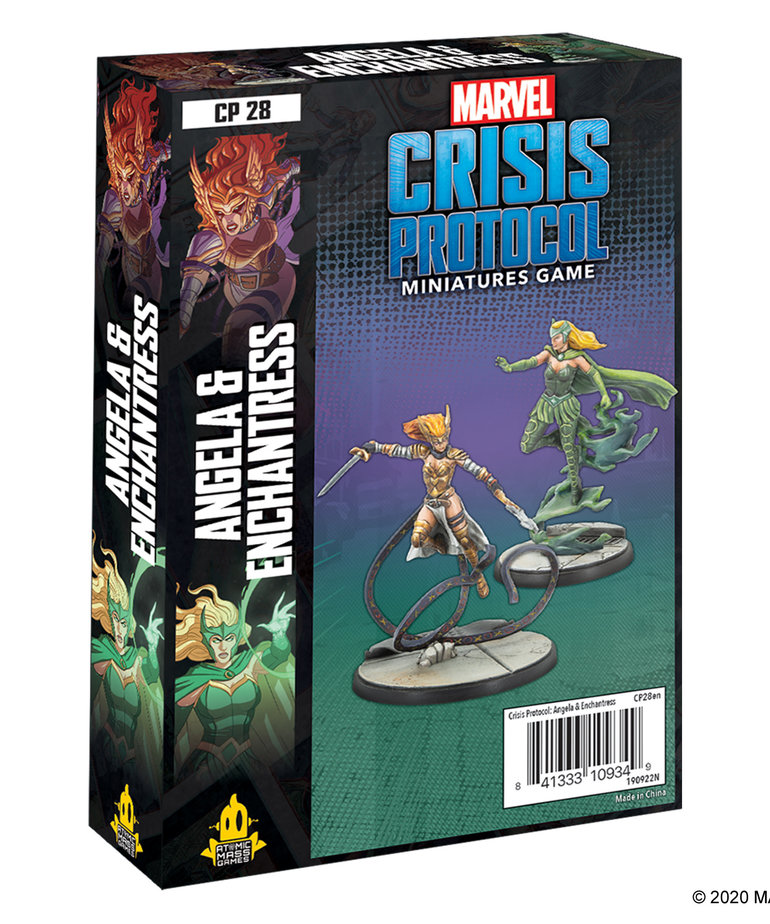 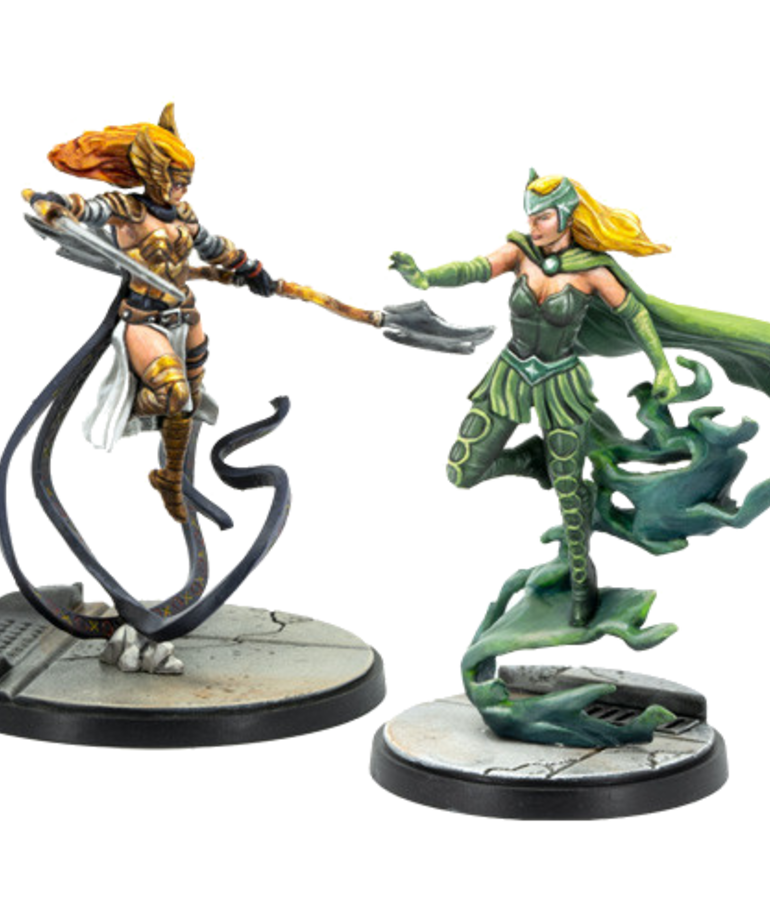 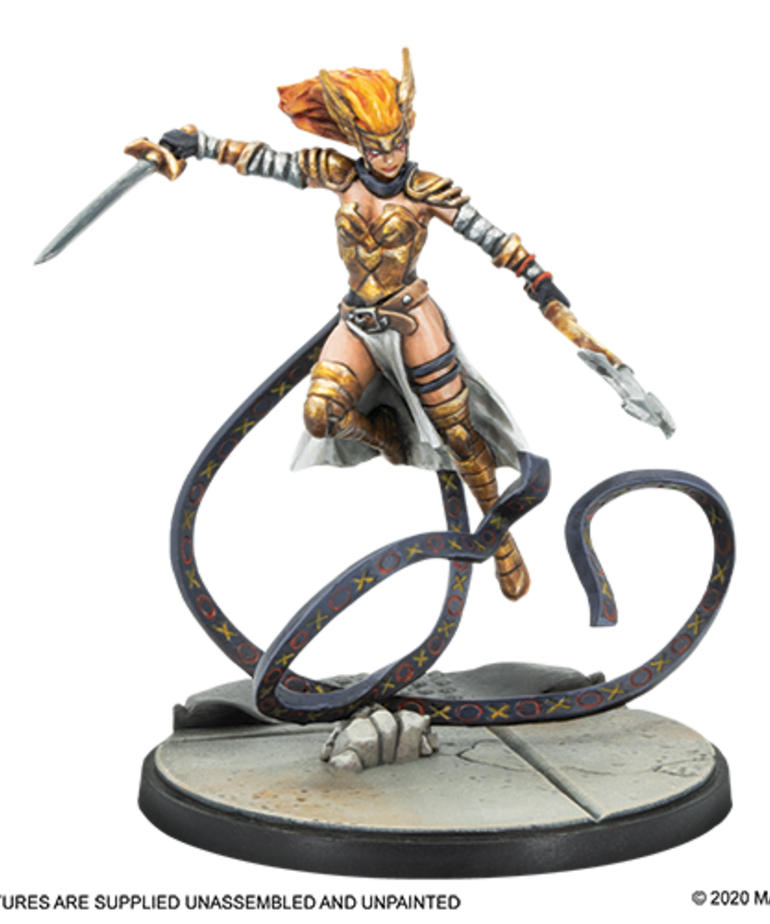 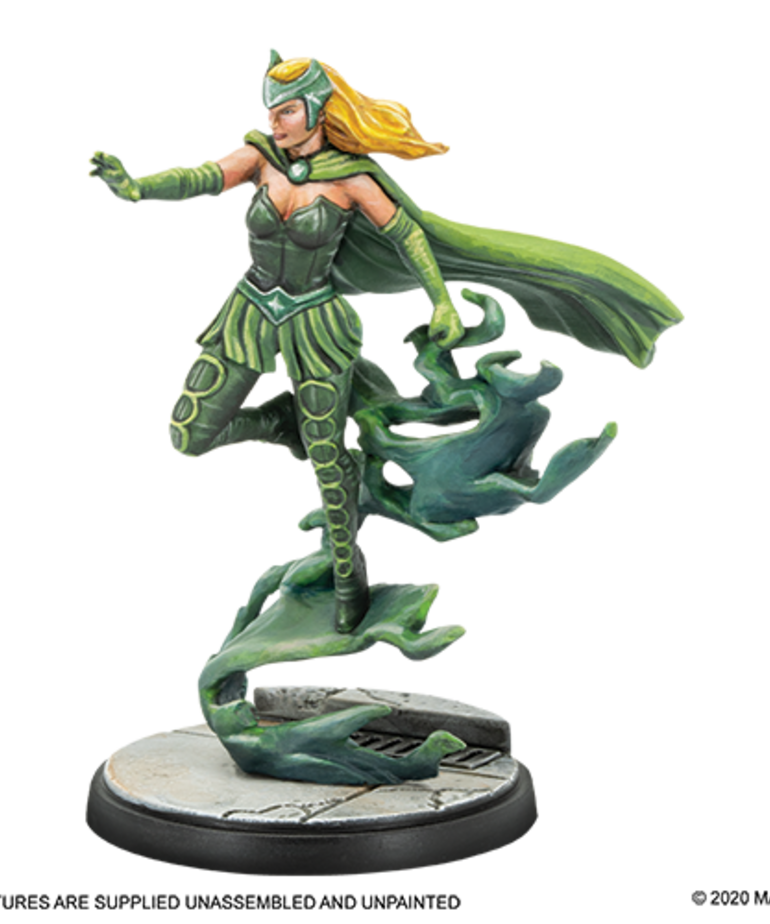 0 reviews
Add your review
- Adds two popular characters to the Asgard Affiliation for Marvel: Crisis Protocol.
- These two beautifully detailed miniatures will be highly desirable for hobby gamers to paint.
1 In Stock
Add to wishlist / Add to compare / Print

Amora the Enchantress has devoted her immortal life to the pursuit of power. One of the most powerful magic-wielders in Asgard, Amora is well known for her immense beauty and infamous for her heartless scheming in order to get whatever she desires. Able to enact powerful charms, the Enchantress is able to bend even the strongest resolve to her will.

Firstborn of Odin and Freyja, Angela was kidnapped by Heven during the war between Heven and Asgard. Thought dead by her parents, Angela was raised and trained to be one of Heven’s
deadliest hunters and warriors. Having learned of her true parentage, Angela cast aside her loyalty to Heven and to Odin, choosing to serve no master but her own conscience. She now
travels the cosmos fighting against any evil which dares crosses her path, both alongside her brother Thor, and as part of the Guardians of the Galaxy.