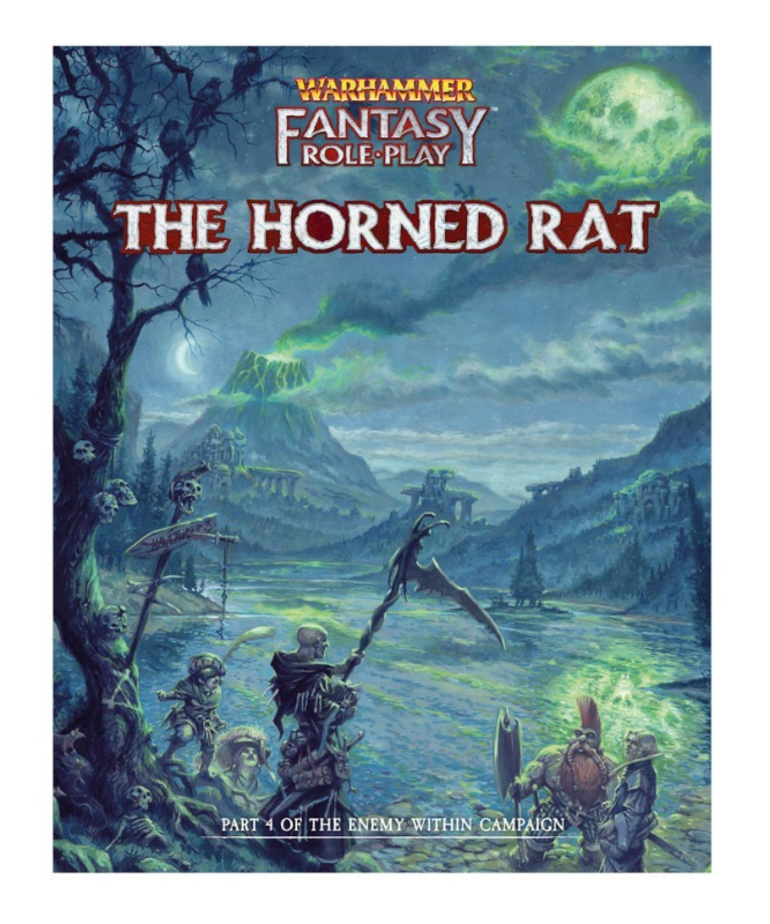 0 reviews
Add your review
- The Horned Rat is the fourth volume of the revised and updated Director’s Cut of the Enemy Within, one of most highly regarded roleplaying campaigns ever written.
1 In Stock
Add to wishlist / Add to compare / Print

‘My Friends in Change, we have sown glorious chaos but to bring the Time of Changes we must act as one under a Champion In Shadows.’

The Horned Rat is the fourth volume of the revised and updated Director’s Cut of the Enemy Within, one of most highly regarded roleplaying campaigns ever written. Building on the dramatic events at the end of Power Behind the Throne, recruiting your brave heroes into the service of the city of Middenheim for more drama and intrigue.

In the penultimate volume of the five-part series of grim and perilous Warhammer Fantasy Roleplay adventures, the tables are turned as enemies that have pursued the Characters since the beginning of the epic campaign are forced to defend themselves. The time is right to uncover their schemes and break apart their organisation. The Characters cannot afford to relax their guard and celebrate their victories, as a new threat emerges from beneath their feet.

The Enemy Within is the campaign all roleplayers should play at least once in their lives, making The Horned Rat an essential purchase for gamers.

Contents:
- The fourth part of the Enemy Within campaign, conceived by legendary WFRP writer Graeme Davis with contributions by a team of talented WFRP writers.
- A toolkit to exploring Middenheim’s complex undercity, a vast environment filled with hazards and intrigues.
- A series of investigations dealing with the implications of the action in Power Behind the Throne and leading to the realisation of a new threat, far greater than anything the Characters have faced in their previous adventures.
- Descriptions of an ongoing and deepening crisis in the Empire, to be resolved in the final instalment of the Enemy Within campaign.