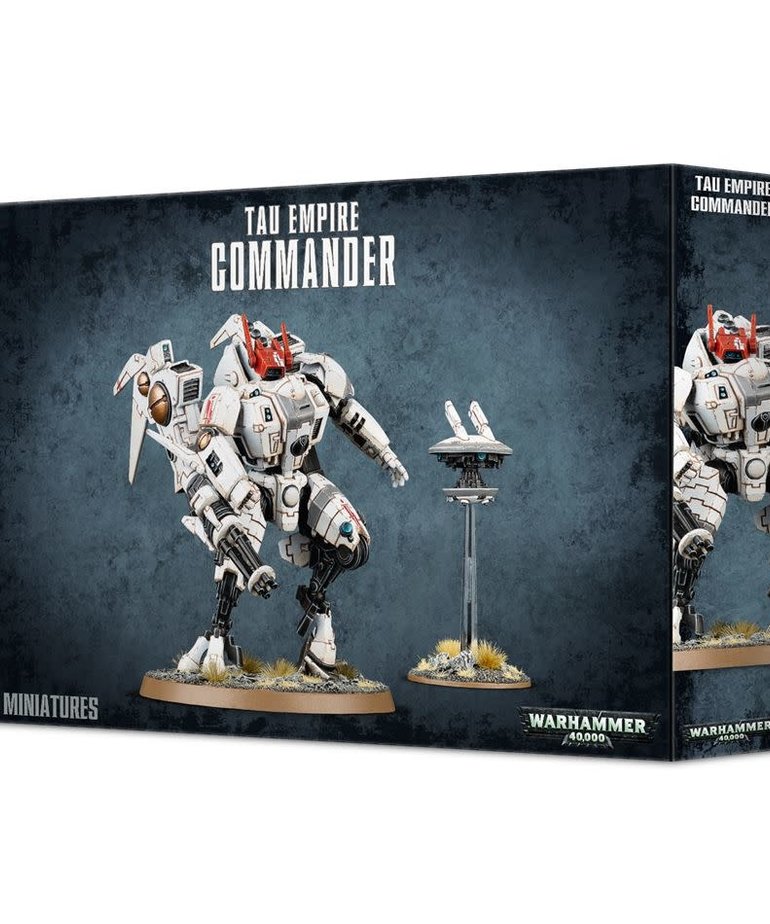 Swift and deadly, T'au Commanders pilot battlesuits of intimidating size and power. Of course, simply piloting a huge battlesuit doesn't automatically make a troop into a Commander - more than anything, it's the strategic nous and ability to adapt to unpredictable situations that stands this pilot out from the others. Many, many years of tireless dedication are required to reach this prestigious rank; every T'au Commander has achieved their status the hard way. Their XV-85 Enforcer Armour Crisis Battlesuits are armed with immensely destructive weapon arrays - flamers, ion blasters and frag projectors are amongst the optional loadouts, with electronic countermeasure suites and huge data-processing capabilities enhancing their battle prowess.

The XV86 Coldstar Battlesuit variant is covered in fins which streamline it, allowing super-fast movement across the theatre of battle, annihilating enemies with sharp shocks from its burst cannon. The on-board holophoton countermeasures and telemetry suites feed the Coldstar and its Commander pilot a massive variety of information that would overwhelm the untrained mind - instead, in this case, it allows the Coldstar Battlesuit to soar over its foes with a grace that enemy targeting systems simply cannot hope to catch.

This multi-part plastic kit gives you everything you need in order to build one T'au Commander, in either an XV-85 Enforcer Armour Crisis Battlesuit or an XV86 Coldstar Battlesuit. There's an immense number of options available in the box - different heads, engines, leg and arm assemblies - and a ton of weapons! An airburst frag projector, a plasma rifle, a flamer, a fusion blaster, a cyclic ion blaster, a burst cannon (plus upgrade kit) and a missile pod. Included is a drone, which can be assembled as a gun, shield or marker drone.

Seventy-seven components are included, and one Citadel 60mm Round base.