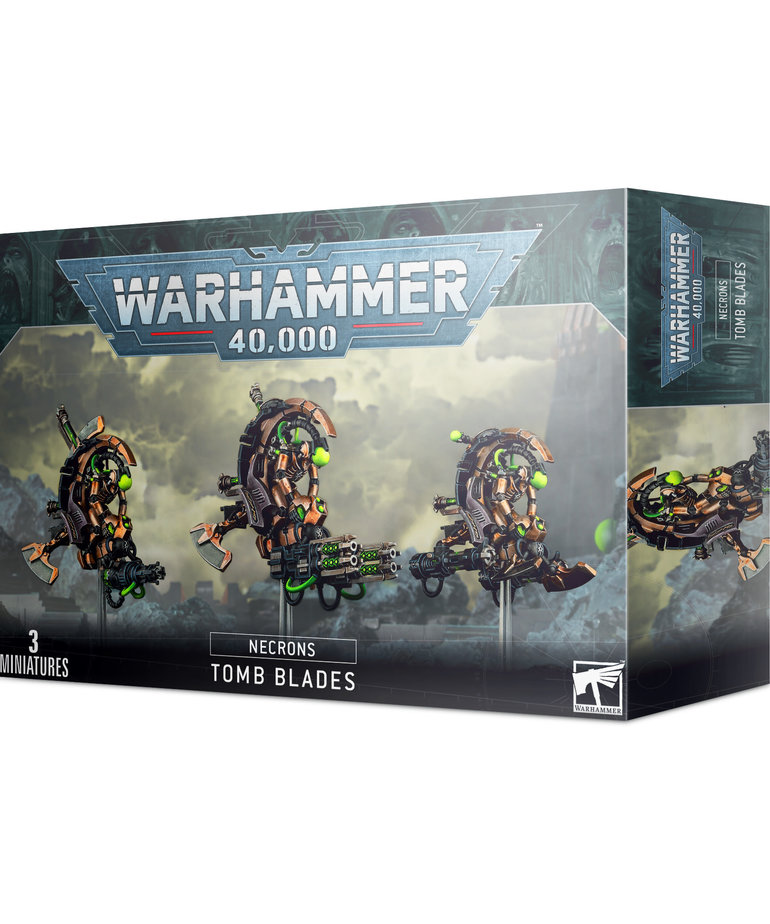 The Tomb Blade has a curious motion for a craft of its design, eschewing the arrow-straight attack vectors of other jetbikes and fighter craft. It often corkscrews across the battlefield rather than taking a more direction approach. No flesh and blood pilot could ever hope to contend with such an anarchic approach without succumbing to blackouts and nausea, but such hazards have no hold over machines. Tomb Blades often operate far ahead of the main army, striking at lightly defended positions, supply convoys and other targets of opportunity. Such is the Tomb Blade's unpredictable advance that the piercing whine of its dimensional repulsors is often the only clue to its approach. Astute enemies dive for any cover they can find; others disintegrate as the air around them explodes in a blaze of unstable energy.

Tomb Blades are the perfect unit for taking out your enemy's most irritating units. People who fight against your Necron army imagine them to be an implacable wall of metal, which advances steadily across the battlefield. Your enemies will be pretty surprised, therefore, when a wave of razor-sharp, fast-moving Tomb Blades descend from the sky and mow down their troops with concentrated tesla fire.