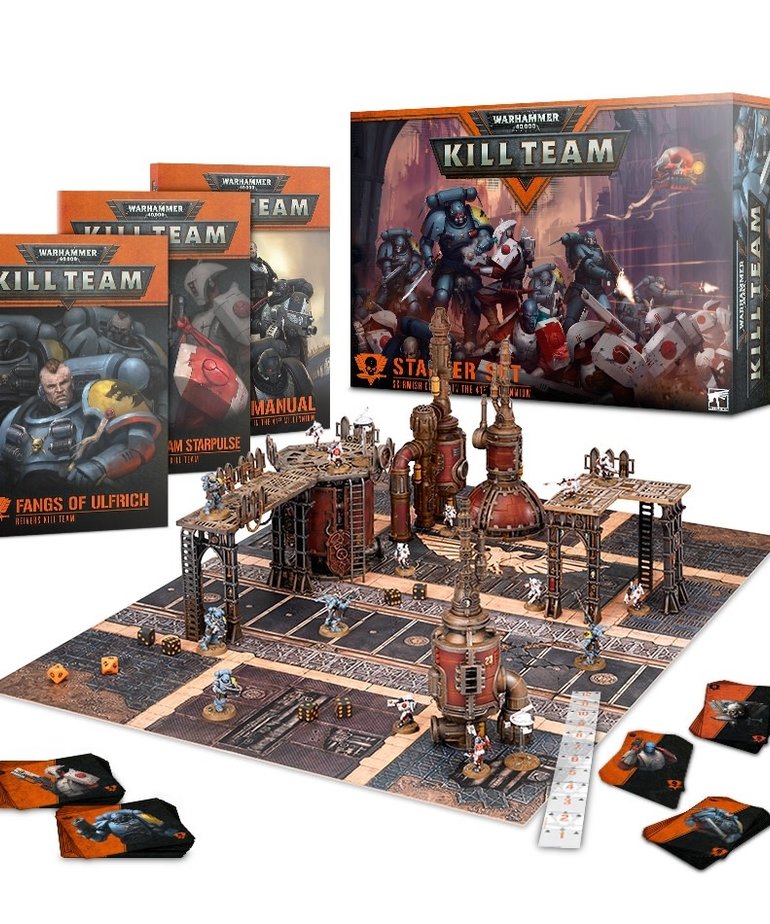 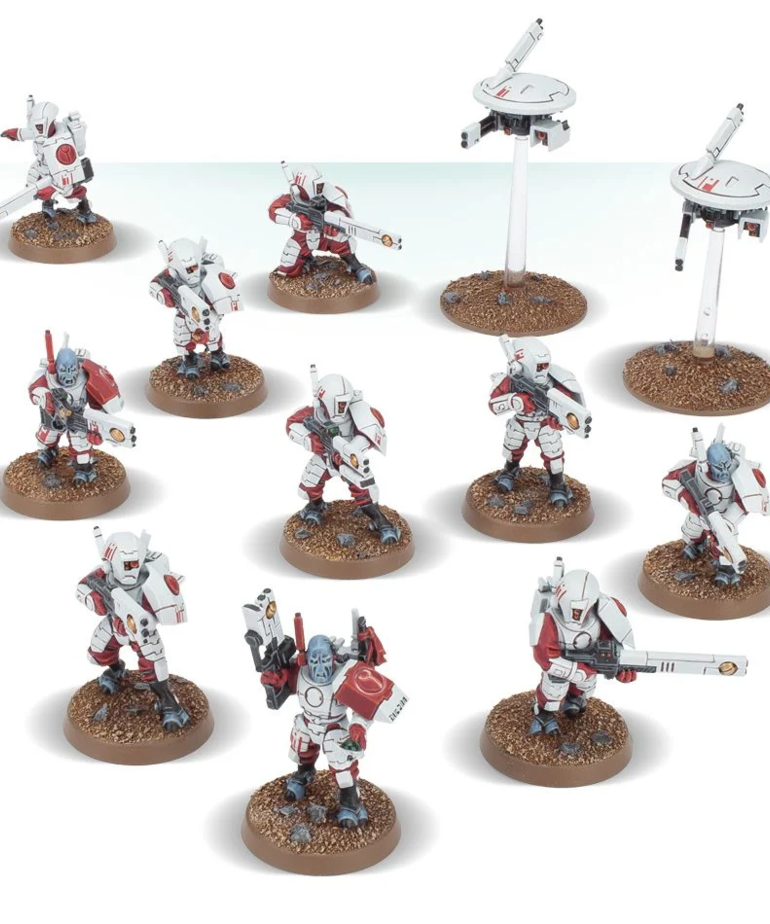 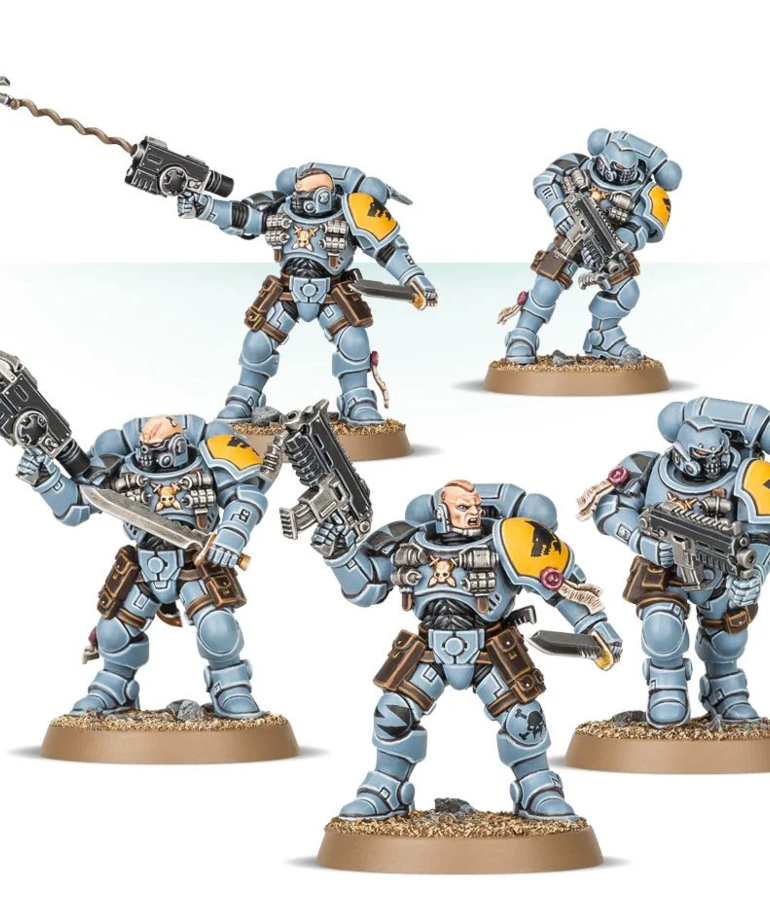 0 reviews
Add your review
- A game of skirmish combat in the 41st Millennium
- Includes 2 kill teams – Adeptus Astartes and T'au Empire – along with gameboard and scenery
- Comprehensive rulebook includes datasheets and wargear for 16 Warhammer 40,000 factions
Add to wishlist / Add to compare / Print

A fast paced tabletop miniatures game, Warhammer 40,000: Kill Team pits teams of elite specialists, ragtag zealots and hard-bitten veterans against each other in vicious skirmish battles to the bitter end. A single squad of well-trained and well-equipped warriors can tip the balance of a wider conflict - with Kill Team, you'll play through countless stories of your own devising that could alter the fate of the galaxy itself.

Games of Kill Team are based around small but powerful squads of warriors rather than huge armies. Every single model commanded is vitally important to your strategy, and will develop its own personality, history and abilities with each game you play. In this box set, you'll find everything you need to play games of Kill Team - from the comprehensive rulebook that covers open, narrative and matched play games (and campaigns!), 2 complete kill teams from the Adeptus Astartes and T'au Empire factions, a huge set of Sector Mechanicus terrain and a gameboard to play on.