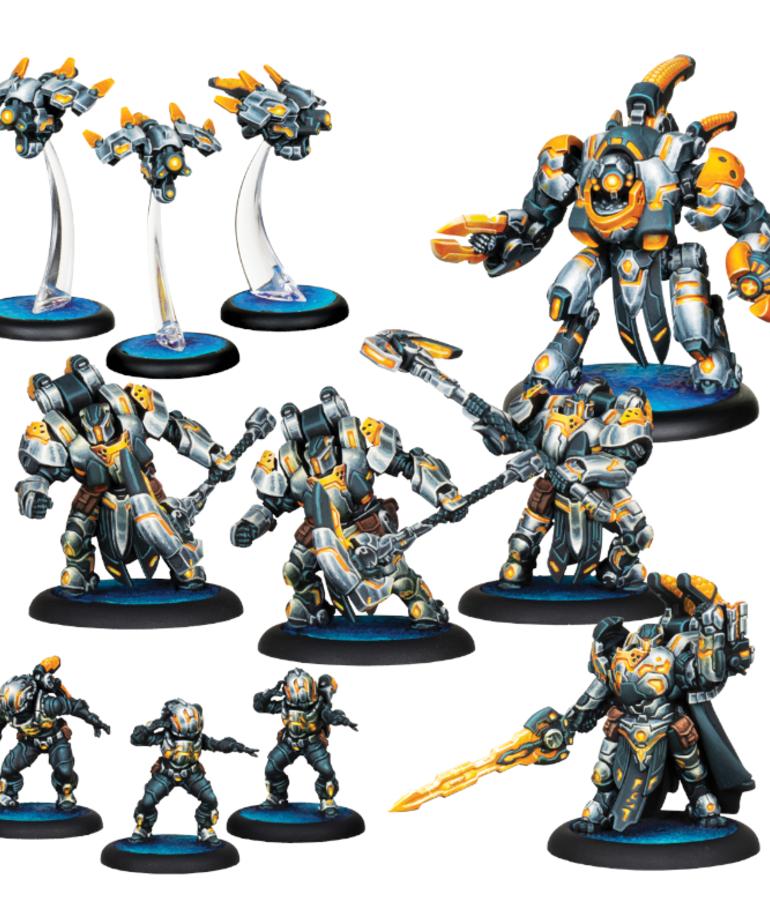 0 reviews
Add your review
- The heavily armed and armored Regulators specialize in countering arcane threats are capable of disrupting your opponents use of Cyphers.
- Designed to work together and support each other.
- The Headsman warjack champion is one of the most devastatin
20+ In Stock
Add to wishlist / Add to compare / Print

The Regulators are the ISA's answer to arcane threats. Supporting the empire's Justicars, this specialist strike force includes a heavily armed and armored Regulator squad backed by an attachment made up of three wyrd Witch Hounds, who use their stranger powers to disrupt enemy Cypher effects. The Regulators are additionally backed by a squad of swift moving Tracer combat drones and are commanded by a Regulator Reeve, a channeler with Arc disruption capabilities. The Cadre is rounded out by the Headsman, a Champion warjack that carries some of the most powerful mechanikal weaponry ever developed by human hands.