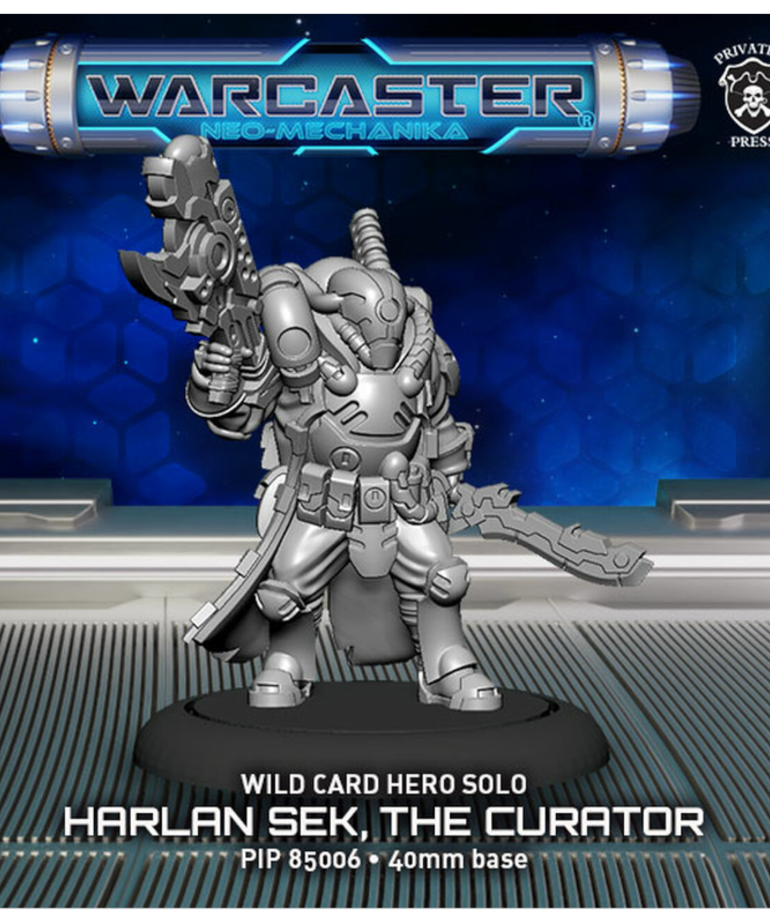 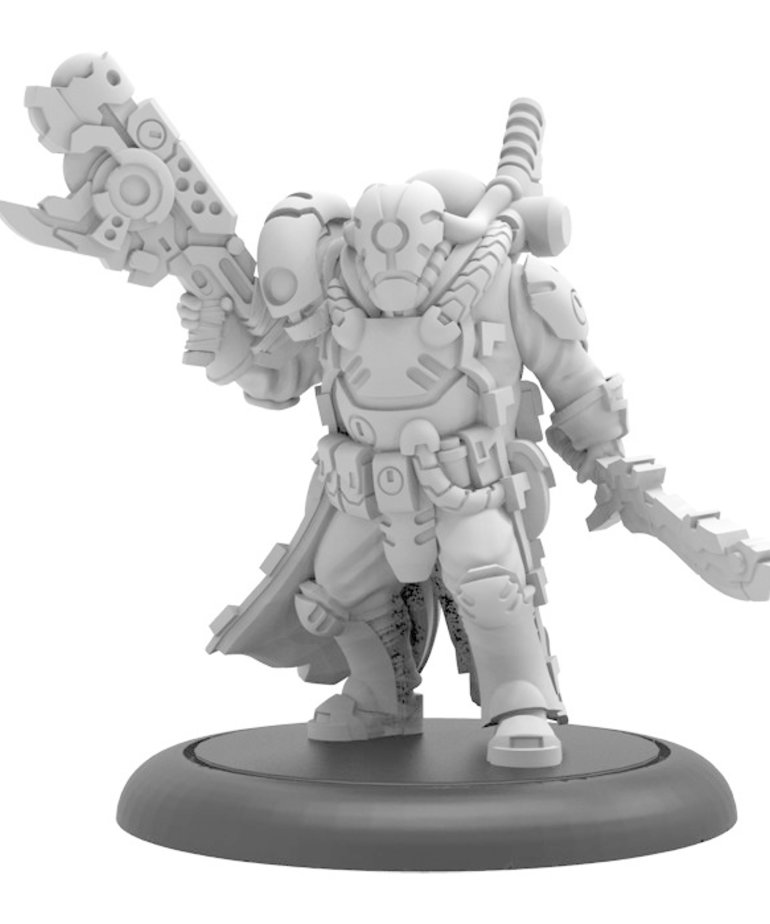 Harlan Sek is a notorious smuggler, procurer, and dealer of rare and exotic mechanika artifacts. Lacking any discernable moral structure or ethical code, Sek is motivated only by profit. While he has served most of the Factions of the Hyperuranion, he has burned nearly every bridge, leaving the Aeternus Continuum as his most steady employer. Secretly, however, the smuggler serves two masters. While on a mission to a distant world deep in Empyrean space, Sek was captured and forced to plead for his life. Rather than paying the price of summary execution that most humans pay for entering Empyrean space uninvited, the clever Sek managed to strike a bargain with Empyreans. He was allowed to live and was even given access to certain artifact-rich sites and information in return for smuggling goods back into human space. Sek is also required to keep his eyes open for certain relics of Empyrean origin that are returned directly to their makers without question. Sek has learned there are some masters you cannot afford to betray. When in the field, Sek wears heavy encounter armor and wields a variety of potent artifacts.