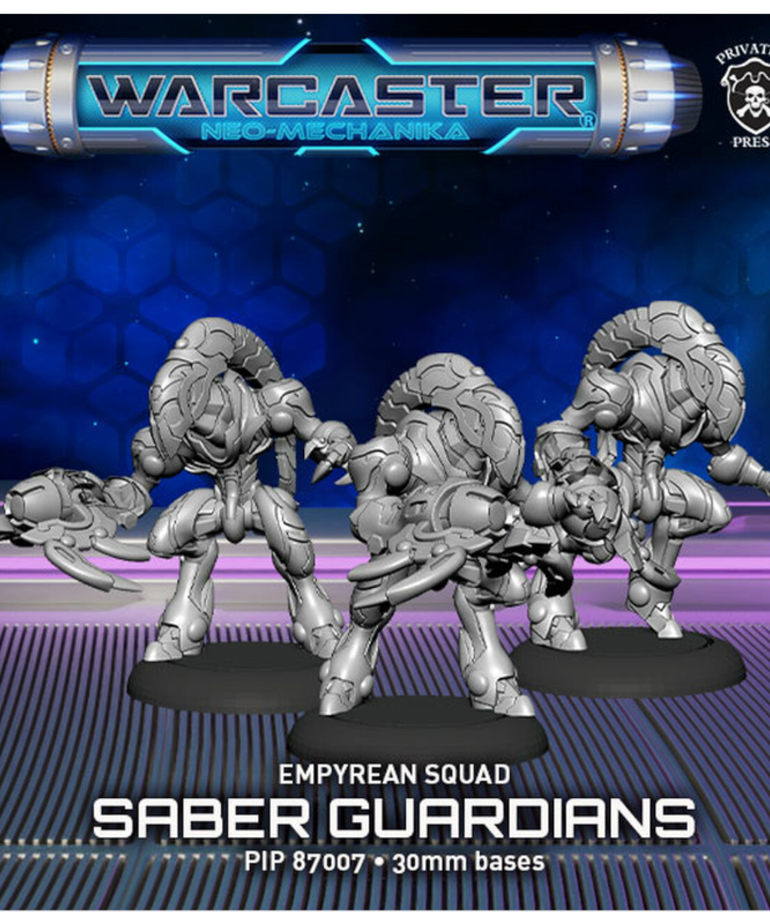 Operating in squads of three, the Saber Guardians are heavy weapon support troopers of the Empyreans' robotic legions. Armed with heavy Reticulum cannons, the Guardians lock down their enemies with destructive webs of searing power. Those who survive this onslaught and manage to close with the Guardians are often stunned to be cut down by their flailing tentacles in close combat.

- Three-model squad.
- When targeted with a Cypher, whether friendly or enemy, you can charge it with up to 1 Arc if it is not already charged.
- Can spike at the end of their activation to not receive an activation token.
- If a model in this squad destroys an enemy model with an attack while charged, it can make an additional attack with its other weapon.
- While charged, models in the squad gain 2 Power Dice on their Reticulum ranged attacks.