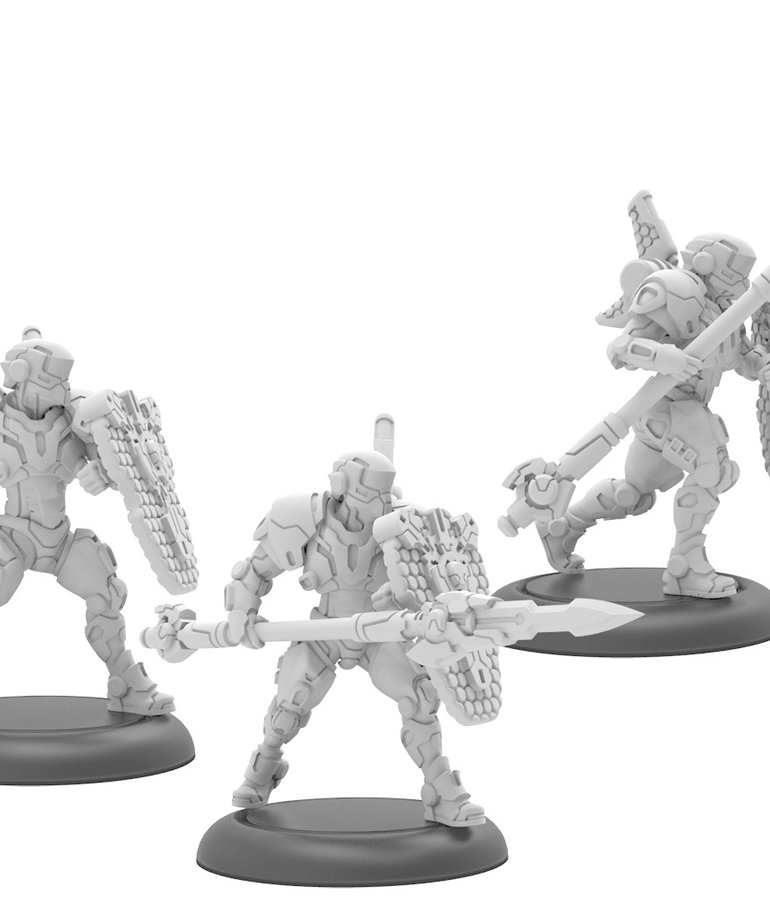 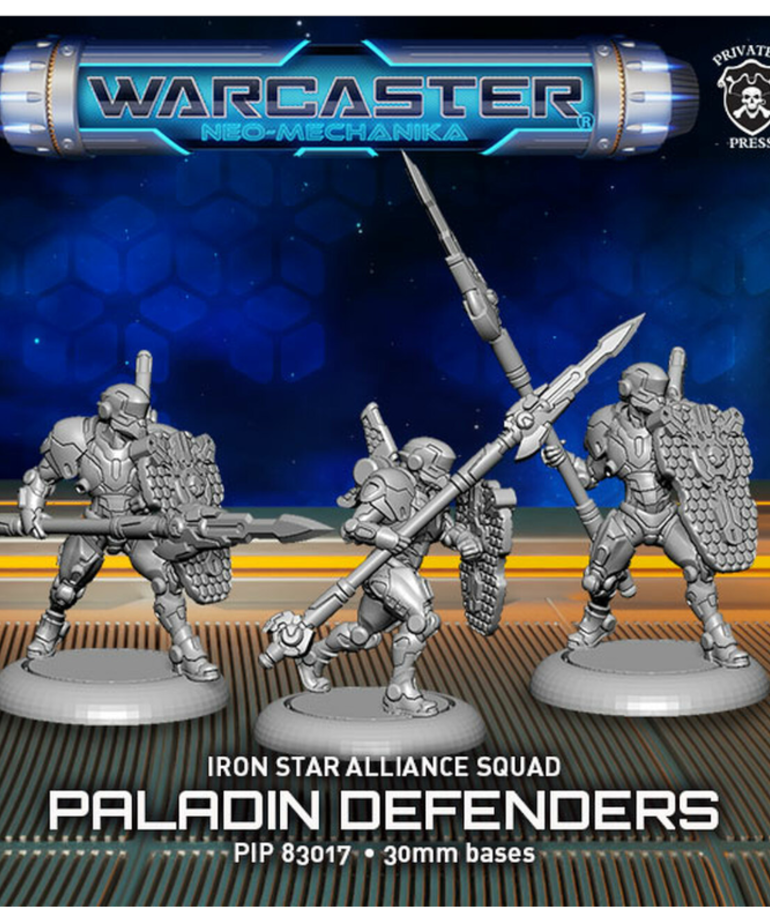 The Paladin Defenders are among the most formidable close combat specialists in the known galaxy. Encased in Paladin compound armor and armed with heavy fusion spears and shields, these elite fighters can withstand even the most withering fire as they make their way across the battlefield to the positions where they are most needed. But the Paladin Defenders are not merely highly trained warriors; they are also protectors, trained and conditioned to position themselves in harm's way to absorb attacks meant for lighter, less heavily armored combatants.